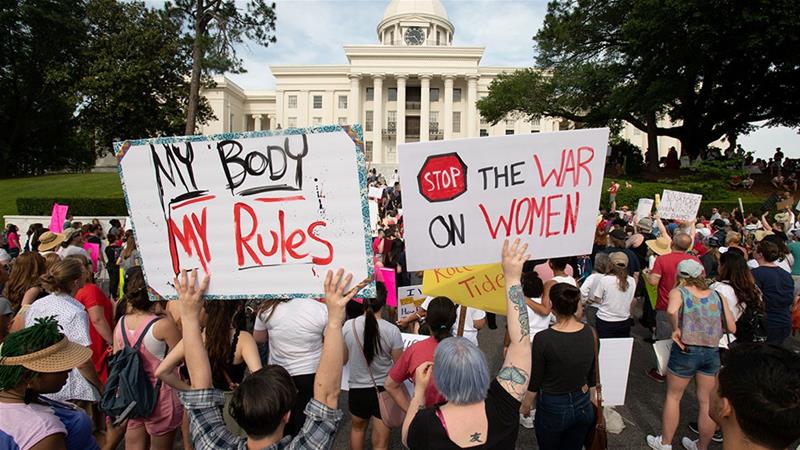 In May 2019, Alabama Governor Kay Ivey signed into law the Alabama Human Life Protection Act (AHLPA), which was scheduled to take effect in November 2019. The bill criminalizes abortion by prohibiting the “performance or attempted performance” of abortions in Alabama, with the only exceptions being those performed “to avoid a serious health risk to the unborn child’s mother” and where the “unborn child has a lethal anomaly.” Abortions performed following rape or incest are considered felony offenses under the AHLPA if they do not satisfy one of the exceptions. In addition, the AHLPA bans abortions for “an unborn child in utero at any stage of development,” omitting a time restriction commonly found in abortion laws in other states.

Following the signing of the bill, Governor Ivey issued a statement that the bill “stands as a powerful testament to Alabamians’ deeply held belief that every life is precious and that every life is a sacred gift from God.” However, she recognized that the jurisprudence established by long-standing United States Supreme Court precedent such as Roe v. Wade could stand in the way of the bill’s implementation. Her suspicions were correct. Although the AHLPA was to be effective on November 15, 2019, United States District Court Judge Myron Thompson temporarily blocked the bill by granting a motion for a preliminary injunction on October 29, 2019.

The case in this matter, Robinson, et al. v. Marshall, was brought by medical providers of abortion services who are suing Alabama Attorney General Steve Marshall on behalf of themselves and their patients. The plaintiffs claim that the AHLPA is unconstitutional under the Fourteenth Amendment because “it violates their patients’ substantive-due-process rights to liberty and privacy.” Judge Thompson upheld these allegations in his decision, citing a line of compelling cases in favor of the plaintiffs’ contentions.

Judge Thompson first mentions Planned Parenthood of Southeastern Pa. v. Casey and Stenberg v. Carhart for the proposition that Supreme Court precedent protects a woman’s “right to choose” under the Constitution, particularly when terminating pregnancies “before viability.” While the period in which a fetus is considered viable is still debated, experts believe that the limit of viability is around 23 to 24 weeks for the common 40-week pregnancy.

Judge Thompson does acknowledge that Alabama has “legitimate interests in protecting maternal health and the potential life of the fetus.” However, he concludes that the near-total ban established by the AHLPA poses an “undue burden” to a woman’s right to terminate her pregnancy under Casey. Judge Thompson finds that barring women from obtaining an abortion in the exercise of their freedom to decide whether to bear a child would incur substantial costs. For instance, Alabamian women might resort to unsafe measures to terminate their pregnancies. In this light, the right to abort a pregnancy should be considered a public health matter, rather than a criminal matter.

In sum, the federal court found that the AHLPA defies the United States Constitution in its attempt to prohibit abortion before a fetus is considered viabile. The plaintiffs convincingly set forth compelling arguments that the bill violates fundamental Constitutional rights, winning a preliminary injunction of the law’s enforcement. This decision marks an important victory for advocates of abortion rights, signaling a healthy respect for the bodily liberty of Alabama women. 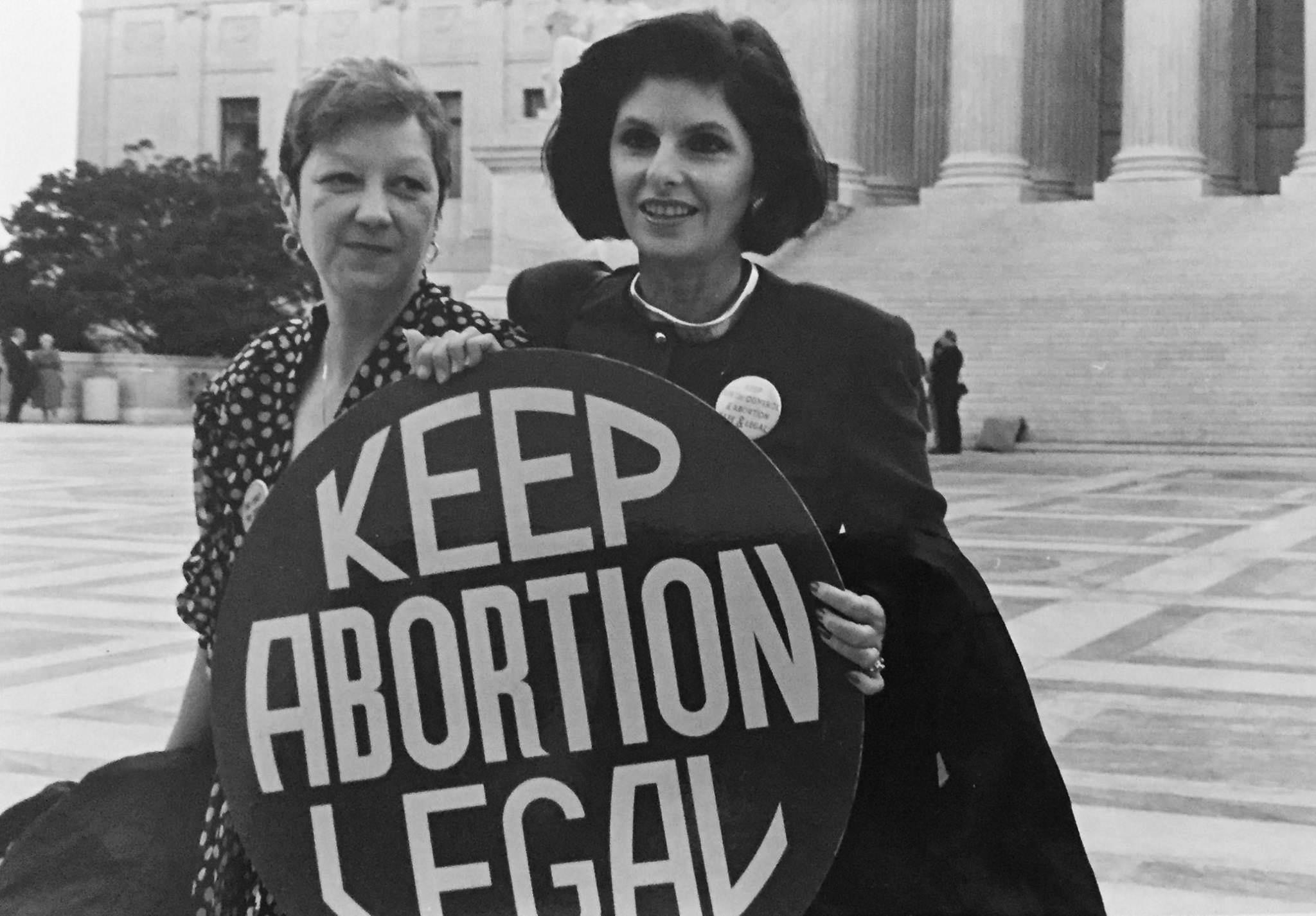 by Samia Noor and Alan Zhao with No Comment US Law

Summary: A 2015 California law that requires crisis pregnancy centers to inform eligible women of state programs available to help them triggered opposition from anti-abortion advocates. The court decision ruled in favor of the state government, but not likely to put an end to debates as such.

In 2015, the California FACT Act was signed into law by Governor Jerry Brown. The FACT Act quickly became a battleground for abortion rights, as it regulated crisis pregnancy centers (CPCs). CPCs are non-profit, typically pro-life, and can be licensed or unlicensed. Licensed health centers typically offer pregnancy testing and sonograms, while unlicensed health centers offer pro-life counseling. As pro-life institutions, CPCs typically aim to redirect pregnant women from abortions and towards adoption referrals and child-bearing resources.

Based on this report, the FACT act was crafted, compelling licensed CPCs to offer a short disclosure. According to it, “California has public programs that provide immediate free or low-cost access to comprehensive family planning services (including all FDA-approved methods of contraception), prenatal care, and abortion for eligible women.”

Unlicensed CPCs are bound by law to include a second sentence, stating,“This facility is not licensed as a medical facility by the State of California and has no licensed medical provider who provides or directly supervises the provision of all of the services, whose primary purpose is providing pregnancy-related services.”

Both statements must be present in obvious areas, and failure to abide will result in civil fines. Advocates of the California FACT Act purport that the law keeps CPCs honest and give women the choice to make individual abortion decisions. Opponents of the law claimed that the FACT Act infringed on CPCs’ First Amendment free speech rights.

CPCs, represented by the National Institute of Family and Life Advocates (NIFLA), sued the Attorney General of California, Xavier Becerra and other California officials. The NIFLA unsuccessfully petitioned for an injunction to prevent the FACT Act from coming into effect by January 1st, 2016 in the U.S. District Court for the Southern District of California. The decision was reaffirmed unanimously by the U.S. Court of Appeals for the Ninth Circuit. However, the Court noted that there was a circuit split between the Ninth Circuit and Fourth Circuit, and agreed that Planned Parenthood v. Casey did not answer the question of whether or not the State of California could compel CPCs to state that abortions were available at other locations, similar to how the State of Pennsylvania compelled doctors to provide adoption and fetal health information to patients seeking abortions.

One important note was that the challenge of the FACT Act was rumored to be welcomed by proponents of abortion rights. This is because the FACT Act being ruled unconstitutional could result in a partial reversal of Planned Parenthood v. Casey, specifically resulting in a prohibition of states compelling doctors to provide information they saw placing a burden on patients seeking abortions.

Upon appeal, the Supreme Court ruled that the State of California could not compel CPCs to state information regarding the availability of abortions. In a 5-4 decision split between the conservative and liberal justices of the Court, with the majority opinion authored by Justice Clarence Thomas. Thomas and the majority argued that the FACT Act was a violation of the CPCs First Amendment rights. Thomas argued that the State of California could accomplish the same goals of advancing the knowledge of patients seeking abortions by placing public advertisements near the CPCs. The dissenting opinion, authored by Justice Stephen Breyer, criticized the majority’s opinion in NIFLA v. Becerra in light of Planned Parenthood v. Casey stating that: “A Constitution that allows States to insist that medical providers tell women about the possibility of adoption should also allow States similarly to insist that medical providers tell women about the possibility of abortion.” To the dismay of abortion rights advocates, the Supreme Court refused to remand their previous ruling in Planned Parenthood v. Casey to prevent states from compel doctors to provide adoption and other abortion information to patients.

The current progress protection of abortion rights may be in risk of being backtracked by a recent Supreme Court ruling. As stated in the the Supreme Court ruling, the State of California may not require religiously oriented “crisis pregnancy centers” to supply women with information about how to end their pregnancies.  A “crisis pregnancy center” is a non-profit organization with a primary goal to counsel women that are considering or want to know more about abortion services. Justices that were in support of this decision reasoned that it was a violation to free speech, while justices against this decision claimed that it would impede the progress of women’s reproductive rights. This decision in the National Institute of Family and Life Advocates vs. Becerra has been interpreted by some as the Supreme Court backing anti-abortion initiatives.

This case exemplifies two important trends in American politics: the continued fight against abortion and to uphold the First Amendment. The use of the First Amendment to deter social progression has sparked controversy. In this particular case, these different viewpoints intertwine with women’s reproductive rights and also highlight that there is a shift in policy regarding abortion.

In this case, the National Institute of Family and Life Advocates, along with two other pro-life organizations, wanted to enjoin the enforcement of the California Reproductive Freedom, Accountability, Comprehensive Care, and Transparency (FACT) Act. The FACT Act requires clinics to inform women of their options for reproductive health services open to them through visible signage, and was intended to make sure that women of different backgrounds have equal access to these services regardless of their healthcare provider. The visible signage that must be displayed at these clinics should include that California maintains public programs that provide “immediate free or low cost access to comprehensive family planning services, prenatal care, and abortion for eligible women.” Essentially, these three pro-life organizations argued that the requirements of this act violated their freedom of speech and free exercise under the First Amendment.

While the government can be responsible for promoting equality of access in healthcare for women, the licensed clinics also have the right to have their beliefs protected. A lawyer from the Alliance Defending Freedom, Michael Perris, expressed this view by saying, “No one should be forced by the government to express a message that violates their convictions, especially on deeply divisive subjects such as abortion.” While the majority of justices shared this view, it does not reflect the views of different groups across the country. Especially in California, where the amount of annual abortions constitute for almost 20% of abortions in the United States, this ruling will limit women from obtaining knowledge about abortion procedures and therefore hinder the access and awareness about abortion procedures.

Initially, the U.S. District Court in Southern California denied their motion for preliminary injunction because they did not demonstrate a likelihood of merits, which was required under Winter v. Natural Resources Defense Council, Inc., 555 U.S. 7 (2008). A likelihood of merits is the chance of a case having great success if taken to trial. However, later the Court agreed with the decision below that they did have grounds for review.

In the Supreme Court, the decision came to a 5-4 vote that the FACT Act violated the National Institute of Family and Life Advocate’s freedom of speech and freedom to exercise. This case is a clash between the government attempting to provide women with knowledge and access to different services that are available to them and private institutions that may not want to disclose this information due to their personal beliefs. The ruling of the case now prohibits the state of California from being able to mandate centers to post or discuss information pertaining to receiving an abortion. For institutions such as the National Institute of Family and Life Advocates, this means that they can better stick to their goals of advertising for women to opt for parenting or adoption.

Although NIFLA v. Becerra was by no means the be-all, end-all in the battle over abortion, it remains an important clarification of the Supreme Court’s view of abortion rights. It also stands as a unique intersection between abortion rights and First Amendment rights. With this decision, along with an increasingly conservative federal judiciary and the confirmation of Justice Brett Kavanaugh, CPCs, pro-life institutions, and pro-life lawmakers could feel emboldened to act in ways to further discourage women from seeking abortion.

Samia Noor is a Sophomore majoring in public policy. She is from Los Angeles, California. Alan Zhao is a Freshman majoring in biology. He is from Winston-Salem, N.C.