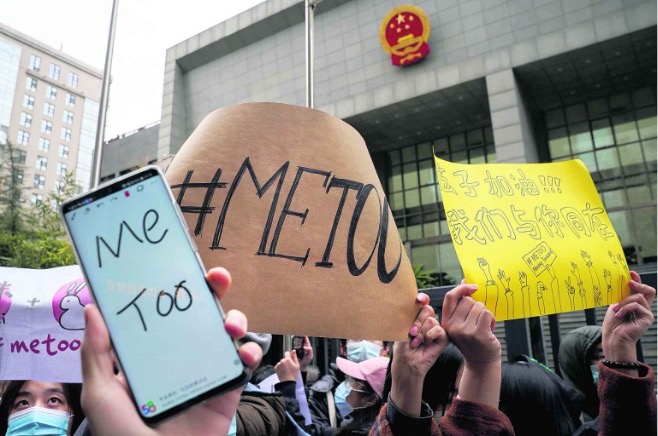 The Jingyao v. Richard Liu civil lawsuit has garnered international attention as it reflects the problems facing the Chinese #MeToo Movement, which struggles to find its footing. The cases’ high-profile can also be attributed to its defendant Richard Liu, a prominent public figure and founder of the Chinese e-commerce company JD.com.

Liu Jingyao and Richard Liu attended the same business dinner in 2018. She alleged that Qiangdong pressured her to drink there and then proceeded to rape her in her apartment. Jingyao reported the assault to her friend, who proceeded to call 911.The local police arrived at Jingyao’s apartment that night. They removed Richard Liu from the premises, and later arrested him. Richard Liu, founder of the e-commerce company JD.com, denied all accusations and stated that he and Jingyao had consensual sex. After being questioned by the Minnesota police, Richard Liu was released and his company made a statement saying that it was a false accusation.

Prosecutors did not file criminal charges against Qiangdong. Jingyao instead filed a civil lawsuit against him in 2019 accusing him of rape and seeking $50,000 in damages. The lawsuit quickly caught public attention due to Richard Liu’s high profile. Forbes had recently recognized him as one of the richest people in the world, estimating his net worth to be around 10.5 billion USD. Behind closed doors, Richard Liu settled the case and has since stepped down from his position as CEO of JD.com. The settlement announcement was made on Sunday, October 2, one day before hearings were set to begin. No settlement amount was released to the public. It marked the close of a four-year legal battle between Chinese billionaire and former University of Minnesota student. Despite the settlement however, the impact of the U.S. has been felt across the globe in China.

The Jingyao v. Richard Liu case, because of its vast coverage and high-profile, has gained traction among feminists, activists, and the international community. Specifically, it turned the global eye to China’s struggling #MeToo movement. The #MeToo movement in China has long been the target of crackdowns by the Chinese Communist Party (CCP), but its supporters have vocalized their support of Jingyao throughout her lawsuit. Determined to be heard, Chinese women and activists have used homophones and emojis to avoid online censorship and strike up a charge in defense of Jingyao, and the hashtags #HereForJingyao and #IAmNotAPerfectVictimEither received over 15 million views in the days after the case was settled. This outward support is rare in the hostile environment of China’s sexual violence culture.

Jingyao herself was subject to public scrutiny and hatred after filing her suit and slandered as a “gold-digger” online. Edited videos of her and Richard Liu were circulated to misrepresent the circumstances of their meeting, making it seem as if Jingyao had asked him to have sex, which further shaped the public’s harsh criticism of her. In 2019, Jingyao’s psychiatrist diagnosed her with PTSD and Jingyao shared that she now rarely leaves her apartment. In 2019, Jingyao was opposed to settling the case because it would mean she would have to sign a non-disclosure agreement (NDA), but it is suspected that she settled in light of the intense pressure the case inflicted on her. Whether she signed an NDA remains unclear, but she reported that she had “wanted to fight to the very end, but it’s very difficult.”

In recent years, an international audience has seen more and more of China’s #MeToo movement. Even though the Jingyao v. Richard Liu case was based in the U.S., its implication of a high-ranking Chinese CEO set a precedent for future sexual assault cases in China. The world will have to watch and see how future cases between powerful individuals and plaintiffs in the scope of China’s #MeToo movement are handled.