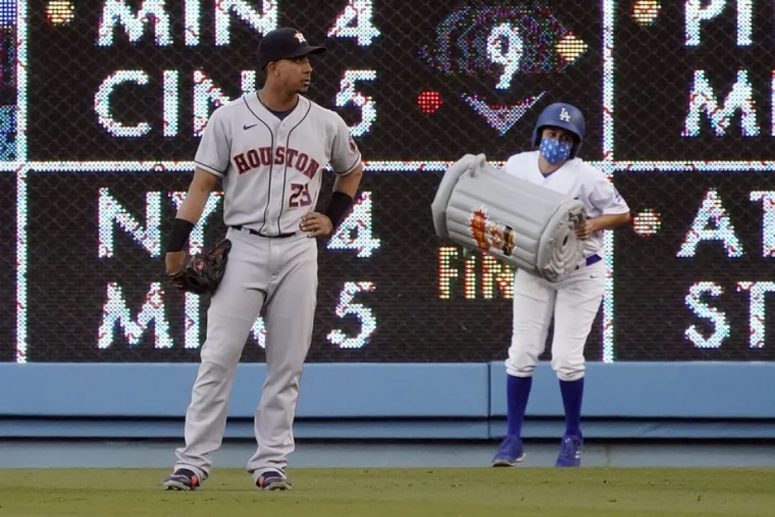 Against the backdrop of the Astro’s 2022 World Series win, it brings back memories of their controversial 2017 victory.  The case Houston Astros, LLC and Houston Astros Management, Inc. v. Adam Wallach was a multi-year class action lawsuit consisting of the plaintiff of Astros fans who felt entitled to damages from the defendant of the Astros Team for the tickets and merchandise they bought while the Astros were sign-stealing.

During the 2017 and 2018 baseball seasons, Astros players would watch a live stream from a camera mounted in centerfield which showed the signs catchers were making to the pitchers. Once they connected the signs to the types of pitches, they would beat trash cans to inform their teammates what pitch would be coming. It was a violation of Major League Baseball to utilize an electronic device to steal signs from opposing teams. After an MLB investigation, the MLB fined the team 5 million dollars, forfeited the team’s 1st & 2nd round draft picks for the 2020 and 2021 seasons, and suspended  Manager A.J. Hinch and General Manager Jeff Luhnow.

The plaintiffs believed that the Astros intentionally inflated prices for seasons during and following the sign-stealing scandal (2016-2019) while they were simultaneously aware that they were cheating.  The Astros Team filed a motion to dismiss on the ground that fans had no grounds to sue on the basis of the team cheating and that they were not liable for fans’ “disappointment” towards the team’s conduct.

The initial trial court denied the Astros’ motion to dismiss and subsequently, the Astros appealed the decision.

A Texas appeals court in July 2021 dismissed the lawsuit from Astros fans in reaction to the Astros Sign Stealing Scandal. The viewpoint was that fans were suing over their embarrassment and shame towards the team cheating, however, the argument fans were making was that they were “misled into buying tickets.”

The Appeals court would state that “The plaintiffs… asserted in their …petition that Astros fans… are grappling with embarrassment, disappointment, shame, and disgrace for a team they once believed represented their community, represented them.”

We see a similar case in the world of American Football. New York Jets fans were suing the New England Patriots and their head coach Bill Belichick for Spygate in 2007, when the Patriots Team was secretly videotaping to learn their opposing team’s signs and signals in order to take an unfair advantage over the New York Jets.  The plaintiffs believed that it was a consumer fraud case and that they would not have bought tickets had they known the Patriots were cheating. The NFL on the other hand claimed that fans would have bought tickets regardless.

This case would go to a Federal appeals court. The crux of the case hinged on whether fans had a right “to see an ‘honest’ game played in compliance with the fundamental rules of the NFL.” The court decided that fans only have a legal right to be allowed to see the game, which had nothing to do with whether the game was fair or not. Therefore, the claim was denied.

In the Astros case, the Texas State 14th Court of Appeals reversed the lower court decision in July 2021.  Using the legal precedent from the Spygate lawsuit, the appeals court ruling stated that “In Texas, a ticket to a baseball game is a revocable license”. So, because they were not denied entry, they had no grounds to sue.

The State 14th Court of Appeals also stated the following: “It is clear that the plaintiff’s claims arise from … the plaintiffs’ ’embarrassment, disappointment, shame, and disgrace’ of the sign-stealing scandal despite their attempts to couch their claims in terms of off-the-field misrepresentations.”

Ultimately, they explained that a ticket is only a license to watch the game in person, and because fans watched the game, the Astros had kept their obligation to them. The Astros have no legal obligation to their fans to not cheat or to play in “compliance with Major League Baseball rules.” Similarly, the feelings of shame or embarrassment fans received by virtue of the team cheating have no ground for compensation.

In March 2022, the Court of Appeals gave a Memorandum opinion, as both parties filed a joint motion to dismiss the appeal.

The implication of this case is that it further enables a long history of cheating within baseball. However, if legal precedent is created, teams will become obligated to play under the rules, not just to avoid punishment from their governing body but also to avoid the risk of being sued by their fans. This may encourage the team to do the additional calculus to see if it is in their economic best interest to cheat and reduce the frequency in which teams attempt to take an unfair advantage over others.