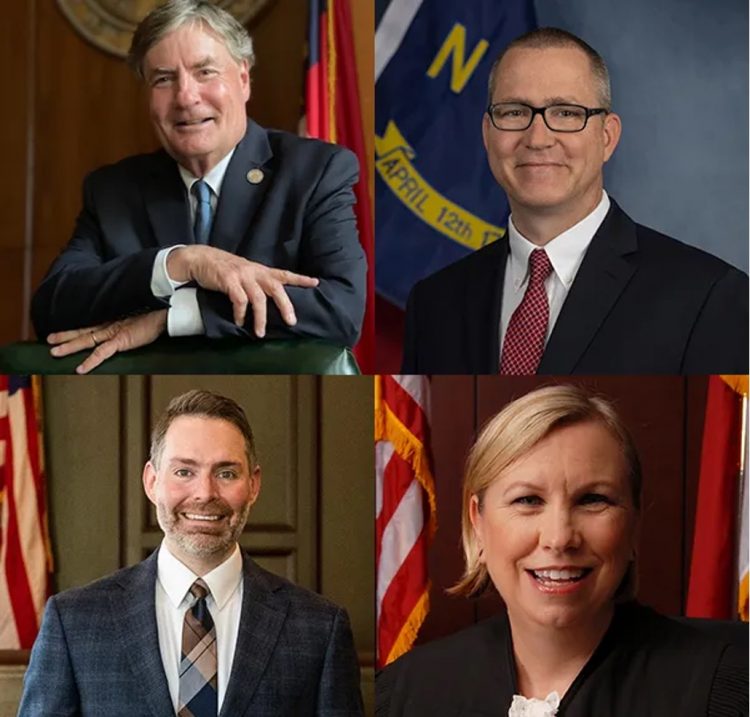 Now, we look at our final case of this four-part series, a 2015 SCOTUS case, where notably a government regulation passed strict scrutiny. Thus, even though a law may infringe on a fundamental right, the strict scrutiny standard can be used to hold the law or policy constitutionally valid if the government can demonstrate in court that the law or regulation is necessary to achieve a “compelling state interest“. In this case, the court held that the First Amendment did not prohibit states from barring judges and judicial candidates from personally soliciting funds for their election campaigns. Although the speech of candidates would be restricted, the prohibition of personal solicitation can remain if legislatively passed, as the speech restriction was deemed to be serving the interest of keeping the judiciary impartial.

The main issue was a Florida law which barred judges from personally soliciting campaign funds, but still allowed setting up a committee for raising campaign funds. Lanell Williams-Yulee was a judicial candidate in Hillsborough County, Florida, who sent out a solicitation letter for campaign contributions, apart from posting the same letter to her website. Even though she lost her campaign to the incumbent judge, the Florida bar filed a complaint against her for violating the soliciting law shortly after the campaign was over.

Justice Roberts’ majority opinion in fact references the case Republican Party of Minnesota v. White (2002), that we examined in an earlier article in this series, and reemphasizes the strict scrutiny standard. The State of Florida appealed to the ‘compelling state interest’ of ensuring ‘public confidence in the fairness and integrity of the nation’s elected judges.’ He argues that the personal involvement of the candidate in solicitation creates a public appearance that the candidate will remember his donors, and this creates a pressure for the recipient to comply and donate money. Justice Roberts finds this problematic. Justice Roberts makes a clear distinction between personal solicitation and solicitation by campaign committees and also grants candidates to discuss issues ‘in person, on the phone, or online’ – however he firmly stands against solicitation of money, whether from one person or many. Allowing solicitations but requiring recusal from cases where donors are involved is an untenable and impractical standard to Justice Roberts.

Justice Breyer’s short concurrence merely emphasizes how strict scrutiny is not a mechanical rule but more of a guideline for the judges. Justice Ginsburg’s concurrence focuses on why she did not believe in different ways of applying scrutiny for political versus administrative elections, drawing to her dissent in Republican Party of Minnesota v. White (2002). She mentions how the rulings of McConnell v. FEC (2003) and Citizens United v. FEC (2010) already caused a great influx of monied interests in election campaigning. The reason she does not really make a distinction between judicial versus other overtly political elections is because she has observed that judicial elections can be equally polarizing and partisan – here she includes the example of Caperton v. A.T. Massey Coal Co. (2009) to demonstrate how judicial elections can involve third-party agents resolving to mud-slinging negative portrayals of candidates if they have vested interests.

Justice Scalia points out that prohibiting solicitations works against comparatively low-income candidates, and how the ‘pressure from personal solicitation’ is a vague standard. He believes that permitting the acceptance of monetary funds, but prohibiting the personal request for funds is unsound, and tries to prove that there is no historical basis that banning solicitation will improve public trust in the judiciary. He points out that the First Amendment is supposed to act like an Equal Protection Act for ideas – so messages cannot be discriminated against based on content. As monetary donations were an indelible part of judicial elections, Justice Scalia finds the decision to prohibit solicitation for campaigns not only legally incorrect, but also full of loopholes. Justices Scalia and Ginsburg agree on the farcical nature of such stopgap campaign finance regulations, even though they disagree on the conclusion of this reasoning.

Justice Kennedy focuses on how spending in judicial campaigns makes non-incumbent or non-established candidates more visible, and how it can help voters make more informed choices as they become more aware about the variety of candidates. Justice Alito wrote a dissenting opinion where he agrees that regulation of speech based on content must be narrowly tailored to further a compelling state interest but points out how the Florida rule was not narrowly tailored and applies to simple acts of solicitations including mass mails. Indeed, the initial mass mail only asked for small donations that would ‘help raise the initial funds needed to launch the campaign and get our message out to the public’.

It is interesting to note that most of the judges consider the role of money in politics as a regrettable necessity – political systems would not function without the role of money, yet too much political power being concentrated would erode institutional trust. Liberals like Justice Ginsburg are optimistic about a possible future where the issue is solved, whereas the conservatives have a sense of pessimism.

Let us look at the recent 2022 midterms.  The seats on the North Carolina Supreme Court had competitive races, where Democratic candidates Sam Ervin and Lucy Inman heavily advertised their campaign against Republican candidates Trey Allen and Richard Dietz. Some of these campaigns involved them directly speaking to the audience while some had a voiceover. But a lot of these advertisements focussed on their own pro-abortion stances, and spoke of the perceived dangers of an anti-abortion Republican majority State Supreme Court. The post-internet era has made it much easier for ordinary people to donate money to political candidates through mediums such as ActBlue or WinRed. The increasing opacity of political donations means it is highly likely that monetary pipelines for candidates for senators, governors, judges, school boards are all linked together through party-wide infrastructure. One indeed wonders how much Justice Roberts’ emphasis on the fine distinctions is even applicable today. The role of money in politics is too deeply entrenched that standards like the Florida rule, even if narrowly applied, will always have loopholes.

The variety of opinions and court splits show that these cases are all nuanced with no immediate right answer. It is impractical to expect the total elimination of the role of money from elections – one can hope to have common sense regulatory standards if only to retain public trust in institutions. A key thread throughout the cases has been how the expectation that actors act in good faith, if materialized, could solve the ideological divide. If judges and judicial candidates are not overt ideologues, are intellectually honest, acknowledge donors without being too partisan, and recuse cases with integrity, not only would many of the issues at hand not arise, but the public perception of the court would improve too.