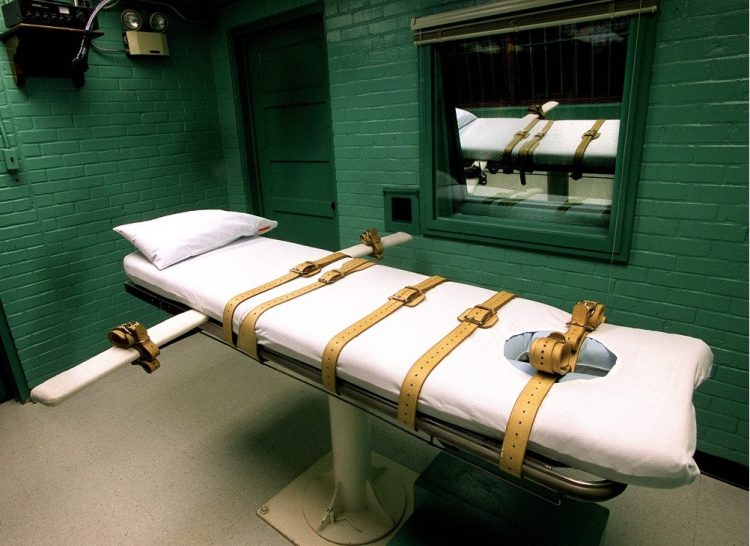 In 2004, John Ramirez murdered a convenience store clerk, which resulted in him being sentenced to the death penalty. On Feb. 5, 2021, Texas notified Ramirez of his execution date, which was scheduled for Sept. 28, 2021. Consequently, Ramirez filed a prison grievance requesting that the State allow his long-standing pastor to be present in the execution chambers. Texas denied this request but, thereafter, amended its execution protocol to authorize a spiritual advisor to enter the execution chamber. Texas denied Ramirez’s second prison grievance, in which he requested that his pastor be permitted to “lay hands” on him and “pray over” him during his execution, even though in the past, the State had occurrences where religious chaplains entered execution chambers and physically touched inmates. The premise for this rejection was that spiritual advisors were not granted the ability to touch inmates; however, no provision of Texas’s execution protocol consolidated this denial. Notably, Texas prison officials stated that they also would not allow Ramirez’s pastor to pray audibly with him during the execution.

While in prison, Ramirez appealed and filed a Step 2 grievance on Jul. 8, 2021. With less than a month until his execution date, there was no ruling, prompting him to proceed and file a suit in Federal District Court on Aug. 10, 2021. Ramirez alleged that this denial of his pastor’s ability to lay hands on him in the execution chamber violated his rights under the First Amendment in addition to the Religious Land Use and Institutionalized Persons Act of 2000 (RLUIPA), which was implemented to “ensure greater protection for religious exercise than is available under the First Amendment.”

Ramirez sought preliminary and permanent injunctive relief, which would make state officials incapable of executing him unless they granted religious accommodations. While awaiting this process, Ramirez also sought a stay of execution. The District Court ultimately denied the request, as did the Fifth Circuit. The Supreme Court then delayed Ramirez’s execution, granted certiorari, and heard the argument on an expedited basis.

In an 8-1 decision, it was held that Ramirez is likely to prevail on the merits of RLUIPA claims and that the other preliminary injunction factors justify relief. This is because Texas’s restrictions on religious touch and audible prayer in the execution chamber impede religious exercise, violating RLUIPA. Additionally, Texas’s restrictions in this matter do not constitute the least restrictive means of furthering the State’s compelling interests. Therefore, the lower court’s decision was overruled, and this decision sustained Ramirez’s religious exercise.

The Court scrutinized whether Ramirez would be likely to succeed on the merits that were associated with the preliminary injunction. In order for him to be determined likely to succeed, Ramirez had to “establish that he is likely to suffer irreparable harm in the absence of preliminary relief, that the balance of equities tips in his favor, and that an injunction is in the public interest,” which is the test used in the contemporary Court based on Winter v. Natural Resources Defense Council, Inc. The Court found that Ramirez satisfied the analysis and would likely succeed on the aforementioned merits.

Furthermore, RLUIPA provides that “[n]o government shall impose a substantial burden on the religious exercise of a person residing in or confined to an institution” unless the government demonstrates that the burden imposed on that person is the least restrictive means of furthering a compelling governmental interest. Further solidifying the petitioner’s assertion, RLUIPA states that a prisoner’s requested accommodation “must be sincerely based on a religious belief and not some other motivation.”

Though the respondent tried to argue otherwise, Ramirez rightfully exhausted administrative remedies before seeking a judicial remedy. In addition, the Court found his grievance timely, especially because it was submitted after he learned of the prohibition on religious touch.

As noted, it was held that Ramirez is likely to prevail on the merits of RLUIPA claims and that the other preliminary injunction factors justify relief, overturning the lower court’s decision.

Religious exercise has exponentially been intruded upon in recent history. It is indispensable that free exercise is protected, which has seemingly induced points of contention as it has been a particular focus of the Supreme Court.

The First Amendment provides “special solitude to the rights of religious organizations” to operate according to their faith without government interference, which is presented in Hosanna-Tabor Evangelical Lutheran Church and School v. EEOC. Additionally, the free exercise clause protects actions made as a result of religious faith. However, government interference has been unconstitutionally proliferating. It was ruled upon, yet again, in Ramirez v. Collier, that the right of the people prevails over the overreach of government power.

Most noteworthy, Congress has continuously exempted religious employers from federal laws that would otherwise impede their ability to proceed with their religious pursuits, per the free exercise clause of the First Amendment. In comparison, the Supreme Court and Courts of Appeals have generally embraced the autonomy associated with religion. Although religious freedom is being increasingly encroached upon, there is – and should be – the propensity of the law to grant submission to fundamental liberties.