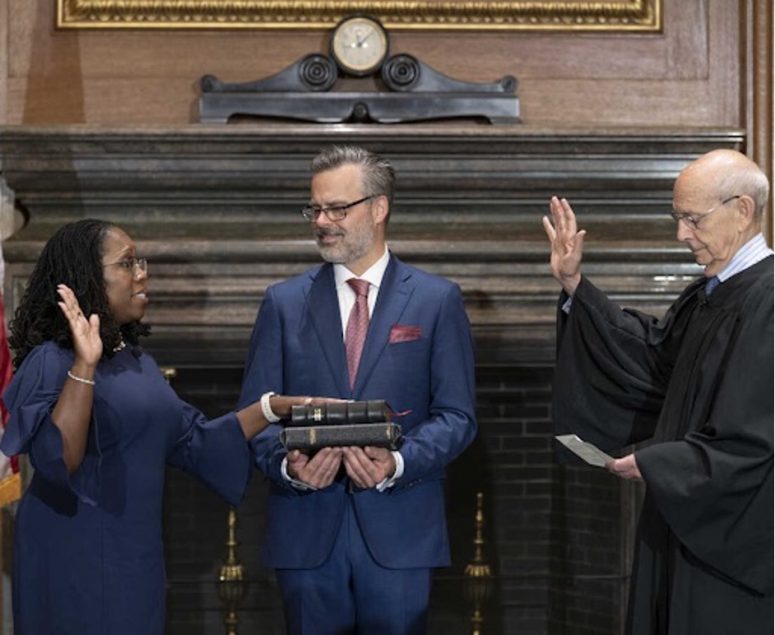 A case that affirmed stricter regulations on the actions of a judge was Caperton v. A.T. Massey Coal Co. The ruling from this case emphasized that the Due Process Clause of the Fourteenth Amendment requires judges to recuse themselves not only when actual bias has been demonstrated or when the judge has an economic interest in the outcome of the case, but also when “extreme facts” create a “probability of bias”.

In 1998, Hugh Caperton, on behalf of Harman Mining Company, filed a lawsuit against A.T. Massey Coal Company alleging that Massey fraudulently canceled a coal supply contract with Harman Mining, resulting in Harman going bankrupt. Before the case was heard at the West Virginia Supreme Court of Appeals, A.T. Massey’s Chief Executive Officer, Don Blankenship, was heavily involved in propping up Brent Benjamin as a challenger to the sitting Supreme Court Justice Warren McGraw and indirectly donated over $3 million to his campaign. Brent Benjamin did eventually win the election.

Now, when the case came up, Justice Benjamin refused to recuse himself and was twice part of the 3-2 majority that ruled in favor of Massey. Caperton filed a petition with the United States Supreme Court arguing that Blankenship’s extensive financial support of Benjamin’s election made Benjamin’s recusal necessary to adhere to due process.

The majority opinion was written by Justice Kennedy, joined by Justices Stevens, Souter, Ginsburg and Breyer. Justice Kennedy wrote, “We conclude that there is a serious risk of actual bias — based on objective and reasonable perceptions — when a person with a personal stake in a particular case had a significant and disproportionate influence in placing the judge on the case by raising funds or directing the judge’s election campaign when the case was pending or imminent.” Importantly, the court did not find bias by Judge Benjamin and just focused on the fact that Blankenship’s significant influence on Judge Benjamin’s election raised the probability of bias.

There potentially is a contradiction between the ruling of this case and the ruling of Republican Party of Minnesota v. White. While the 2002 case affirmed that judicial candidates can freely express their views on various issues even if that binds their possible rulings in future cases, the current case at end emphasizes how due process ensures that any litigant has a right not to face a biased judge whose opinion is known beforehand.

It is here that Justice Roberts’s dissent becomes important. This dissent, joined by Justices Scalia, Thomas and Alito, emphasized that the “probability of bias” standard formulated by the Court was excessively vague and “inherently boundless.” Although Justice Kennedy’s opinion appears to be the common sense understanding of due process, the ruling is ultimately dependent on vague standards such as ‘disproportionate influence.’ Moreover, it was left unanswered how long after an election biases can be evaluated or how much monetary support disqualifies a judge. The heavily politicized nature of confirmation of judges means that who becomes a judge, especially in the federal sector, has a lot to do with which candidate is favorable to the politicians, the legislators, who confirm the judges. Thus, Senators and House Representatives, for instance, can be argued to have ‘disproportionate influence’ on the selection of judges, creating potential for conflict of interest. An extreme example of this is the wife of Supreme Court Justice Clarence Thomas, Ginni Thomas, who has been criticized for her involvement in conservative activism and her efforts to overturn the results of the 2020 Presidential Election.

Justice Scalia’s lone dissent focussed on a more logistical aspect of the decision. Suppose monetary donations are considered as a standard for ‘disproportionate influence’. Then the fact that many states elect their judges, and the fact that campaign funding is opaque, convoluted, and involves multiple channels and intermediates, means that determining ‘disproportionate influence’ is going to be extremely cumbersome and long-drawn. This can be used as a technique to stall a case.

However, I argue that Justice Scalia’s opinion is extremely untenable. While it might be difficult to maintain a standard of ethics, this does not mean we abandon it altogether. The fact that some claims can be difficult to prove does not mean we ignore or legalize the issue at hand entirely. A good compromise would be to allow judges the choice to recuse themselves as per their wish, and only intervene in extreme cases precisely like Caperton v Massey. Most judges, typically at more senior levels, are less likely to be biased due to the extensive vetting process – that, combined with the system of appeals, means that egregious violations of due process would likely be overturned.

A good example of a healthy recusal is Justice Ketanji Jackson’s choice to recuse herself from the SFFA v. Harvard case because of her conflict of interest but still take part in the hearing of SFFA v. UNC. Even though the cases are linked together, the effort to selectively recuse herself shows an admirable respect for the norms of law. The boundary between allowed and disallowed in legal norms is often gray, and in order to have a healthy functional democracy, what we need is good faith efforts from every party involved.