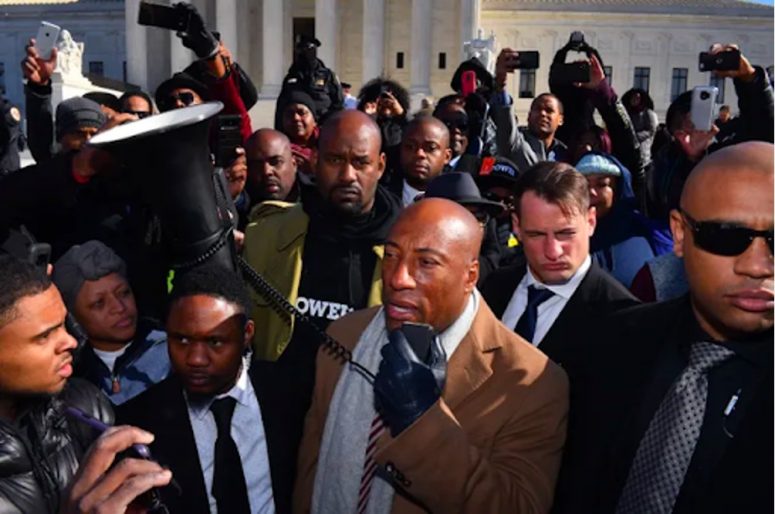 In February of 2015, National Association of African American Owned Media (NAAAOM) and Entertainment Studios Networks (ESN), both owned by Byron Allen, filed suit against Comcast Corp. ESN and NAAAOM are “100% African-American owned” California based television and motion picture companies operating several television networks and channels. Prompted by Comcast’s decision to not enter into a carriage agreement with ESN, the former comedian and actor alleged that Comcast engaged in racial discrimination by denying Allen a contract, which would be in violation of 42 U.S. Code section 1981 of the Civil Rights Act of 1866. When a cable distributing company signs a contract with a cable network company in which the distributor decides to display the network company’s TV channels or programming, they have entered into a carriage agreement. Allen claimed that Comcast Corp.’s final decision was based on racial animus.

Amid Comcast’s decision to not work with ESN, other cable media distributors, including Charter Communications, Time Warner Cable, DirecTV, and AT&T, also decided not to enter into carriage agreements with ESN. Additionally, Allen would file suits against some of these companies alleging similar claims.

In August of 2015, the U.S. District Court for Central California dismissed the case without prejudice. The case “failed to allege a plausible claim for relief,”Judge Terry Matthews stated. In other words, there was insufficient factual evidence of racial animus. However, Judge Matthews allowed for Allen to file an amended complaint.

Simultaneously, Allen filed a suit against Charter Communications in January of 2016 in the Central District Court of California. Judge George H. Wu sided with Allen and ESN that the case provided sufficient evidence of discriminiation.

In light of the Charter Communications decision, Allen appealed the dismissed Comcast case to the Ninth Circuit Court. In November, 2018, the California Ninth Circuit Court overturned the Comcast case. The court stated that in the case of the Charter decision, “Plaintiffs’ allegations regarding Charter’s treatment of Entertainment Studios, and its differing treatment of white-owned companies, are sufficient to state a viable claim.” The Court also rejected Comcast and Charter’s claims of “editorial discretion” that they claimed was protected by the First Amendment.

As a result of the outcome in the Ninth Circuit Court of California, Comcast petitioned the Supreme Court for writ of certiorari. Oral arguments were heard on Nov. 13, 2019. The question up for debate: Was race a motivating factor? Comcast contended the concept of “but-for” arguing that even if race was not a factor, Comcast would have still made the decision to not carry ESN’s networks. The “but for” argument was referenced from University of Texas Southwestern Medical Center v. Nassar, and dealt with asking, “but for the existence of X, would Y have occurred?” On March 23, 2020, the Supreme Court released its decision. In an unanimous decision, the Court agreed with Comcast. In the majority opinion written by Justice Neil Gorsuch, the Court decided that, “a plaintiff bears the burden of showing that race was a but-for cause of its injury.” Justice Ginsburg penned a concurrence in which she agreed with the opinion in the context of this particular case, but criticized the strict application of a but-for causation requirement as it can be “ill suited” for discrimination cases.

The but-for causation requirement establishes a significant precedent. The addition of this proviso requires the onus to lie with the plaintiff. The condition extends the standard by which a claim of racial discrimination or animus may qualify as so, which can make it more difficult to legally prove racial discrimination not only in lawsuits between private companies, but in the justice system as a whole. This ruling created an opportunity for Charter Communications to challenge the result of their case in the Ninth Circuit Court and they were granted a petition in May 2020.