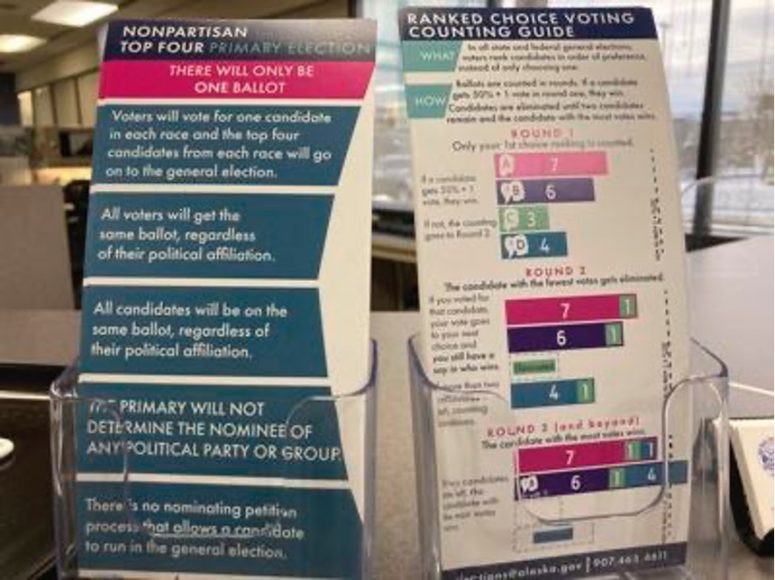 As the 2022 midterm primary season wraps up, and campaigns across the country gear up for the general election, one thing has become very clear: Alaska – a state that Donald Trump carried by 10% in the 2020 – just got competitive.

In the special election (to fill the remaining term of late Rep. Don Young, who died at 88 earlier this year) for Alaska’s lone seat in the House of Representatives, Democrat Mary Peltola defeated  former 2008 Republican vice-presidential nominee and controversial Alaskan governor, Sarah Palin, and businessman and Alaskan Democratic political royalty, Nick Begich III (running as a Republican). With her upset win, Peltola became the first Democrat to represent Alaska in the House since 1970 and the first Alaska native in Congress.

In a state where Republicans outnumber Democrats nearly 2 to 1, Peltola’s victory against Palin, an opponent with high levels of state and national name recognition, is remarkable and warrants closer examination. In 2020, Alaskans voted “yes” by a margin of a little under 4,000 in favor of Ballot Measure 2, which “abolish[ed] party primaries in favor of an open primary where the top two candidates proceed to the general election, and…introduc[ed] ranked-choice voting in primaries and general elections.” The 2022 at-large congressional district special election between Peltola, Palin, and Begich was the first major election conducted under the state’s new system of ranked choice voting.

But what is ranked choice voting (RCV)? Unlike first-past-the-post (FPTP, the system used by the majority of states), where voters each select one candidate and whichever wins the most votes – a plurality – wins the race, RCV allows voters to list multiple candidates in order of preference. In RCV, if no candidate manages to win a majority of first-choice votes (> 50%), the weakest contender (the one with the least votes) is eliminated, and their votes are transferred to the second-choice, effectively simulating a run-off election scenario, as if the eliminated candidate had not stood for office. Votes that did not rank a second choice candidate are disregarded. This process of elimination and redistribution of votes by rank continues round-by-round until either a candidate crosses the 50% threshold or there is only one candidate remaining.

For example, in the first round of voting in Alaska, Peltola won 40.19% of the electorate to Palin’s 31.27% and Begich’s 28.53%. As no candidate won a majority, the election progressed into the second round, where Begich (the lowest vote getter) was promptly eliminated. His voters were transferred to their second choice with Palin, Begich’s fellow Republican, receiving the bulk. However, these additional second round votes, in addition to a large swathe of Begich supporters who opted to vote Peltola or left their second choice blank rather than vote for Palin, were not enough to overcome the Democrat’s lead. Palin finished with 48.52% to Peltola’s 51.48% – which was enough for Peltola to claim victory.

In the last few years, RCV has garnered a lot of popularity. A fair share of major U.S. cities, from Minneapolis to San Francisco and New York, have implemented RCV in their municipal elections, and the system was first adopted for state-wide use in Maine in 2018. Proponents argue that RCV is a more democratic system, as it aims for majority consensus on representation through instant runoffs, rather than defaulting simply to a plurality, which may not constitute a majority of voters. Some adherents of RCV have reasoned that the system hinders hyper-partisan, controversial candidates, who they say benefit from the initial party primary system. Scott Kendall, a lawyer who worked under Alaska Sen. Lisa Murkowski and helped spearhead the effort to get Ballot Measure 2 (RCV) on the 2020 ballot, said that traditional FPTP-style party primaries, which typically induce low turnouts, allow the “10 percent of the most extreme or most partisan constituents in a district to determine the winners.”

However, opposition to RCV remains strong within both major political parties. After her loss to Mary Peltola, former governor Palin criticized RCV as a “new crazy, convoluted, confusing” system. Arkansas Sen. Tom Cotton (R), a vociferous opponent of RCV, opined that “Jungle primaries with ranked-choice voting rob voters of a clear electoral choice.” Criticism of RCV is not just limited to Republicans. Speaking about a proposed RCV ballot initiative, Governor of Nevada, Steve Sisolak (D) issued a statement saying “We should be finding ways to continue our progress, not pushing a rushed constitutional change that would make our [voting] system more confusing, error-prone and exclusionary.” Notably, Majority Forward, a political nonprofit with ties to Senate Majority Leader Chuck Schumer (D), has donated against the Nevada RCV initiative.

The future of RCV voting is unclear, and the debate remains fierce, in Alaska and throughout the country. Peltola, Palin, and Begich will face each other again for a full House term under the same RCV rules later this fall.

Matthew Song is from Monkton, MD, studying History and Classics