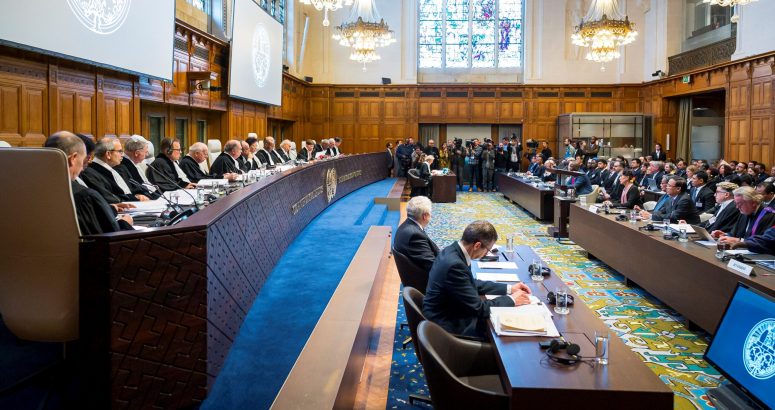 On Nov. 11th, 2019, The Gambia brought charges against Myanmar before the International Court of Justice (ICJ) citing that the ethnic cleansing of the Rohingya people in the Rakhine State of Myanmar was in violation of the Convention on the Prevention and Punishment of the Crime of Genocide. There have been two rounds of hearings, the first in Dec. 2019 and the second round concluding on Feb. 28th.

The Gambia’s charges stem from events dating back to 1977 when Myanmar launched Operation King Dragon which was the military’s first crackdown on the Rohingya, the country’s Indo-Aryan ethnic group. The native minority population was then deprived of their citizenship and declared illegitimate. What followed were massacres, gang rape, torture, apartheid, torture, starvation, destruction, and displacement. UN Secretary-General Antonio Guterres called the Rohingya, “one of, if not the, most discriminated people in the world.” After the military crackdown, the escalation of violence persisted with an increased military presence in the north of the Rakhine state, a region on the west coast of Myanmar where the majority of Rohingya people live. Since then, Rohingya have tried to flee the state by attempting to find refuge in Bangladesh. While some have been successful in their endeavors, others have been turned away and sent back to Myanmar. The greatest number of people tried to flee in 2017, capping the numbers at over 700,000 refugees. Most of them are currently living in refugee camps in Bangladesh, waiting to be repatriated. Since then, the issues and atrocities have persisted while the Rohingya people have been eagerly waiting for international intervention.

In Dec. 2019, the first of the court hearings were held where Myanmar’s de facto leader Aung San Suu Kyi defended her country against the allegations declaring, “genocidal intent cannot be the only hypothesis.” Nevertheless, in Jan. 2020, the ICJ unanimously adopted measures to protect the Rohingya, although it does not have the means to enforce them. The court hearing for Myanmar’s preliminary objections was set for late Feb. 2022. However, before this date for preliminary objections, the democratic government of Myanmar was overthrown in a coup d’état by the military junta called the Tatmadaw.

The recent public hearing began on Feb. 21, 2022, and it concluded on Feb. 28, 2022. During this hearing, The Gambia made a plea to the judges asking for the case to move quickly so that justice is not delayed for the Rohingya. Although not officially recognized by the United Nations, the Tatmadaw junta represented Myanmar in February’s court. Some activists, however, have welcomed the junta to speak because in past history it has only been by proxy that the military has spoken. In court, lawyers representing the junta encouraged the judges to abandon the case due to a lack of jurisdiction.

However, the question remains as to what The Gambia, instead of a country directly pertinent to the conflict like Bangladesh, has to gain by filing this case given that it is located over 10,000 kilometers away from Myanmar. This could be motivated by religious solidarity as The Gambia is a majority Muslim country, as are the Rohingya people. Conversely, Myanmar is a predominantly Buddhist country. Backed by the Organization of Islamic Cooperation (OIC) and its 57 members, The Gambia is representing the first time that a country without any direct connection to the atrocities has filed a claim under the Genocide Convention. The military junta has criticized The Gambia for acting as a proxy for the OIC. However, due to support from UN member states, this was disregarded by the ICJ.

During this hearing, The Gambia asked the judges to move the case quickly so that justice is not delayed for the Rohingya. However, decisions from the ICJ can take upwards of a year to get passed. The ICJ has been criticized for being ineffective due to its long response times and lack of enforcement. Even though in Jan. 2020, it imposed provisional measures directing Myanmar to stop the genocide, only the UN Security Council has the authority to enforce it. What people can hope for is quick judicial action which would lead to concrete measures that could help the Rohingya. Continued care from Bangladesh would prove to be helpful although providing for a large number of refugees is taxing on their own economic system. What would need to be done in Myanmar is to reform the laws which currently deny Rohingya citizenship. Only when there is international pressure on Myanmar to cease the genocide and give citizenship status can integration back into the country take place. Before that occurs, the question stands what else could be done between the recent round of hearings and the unveiling of the court decision.
Polyna Uzun is from Cary, North Carolina and is studying Public Policy.