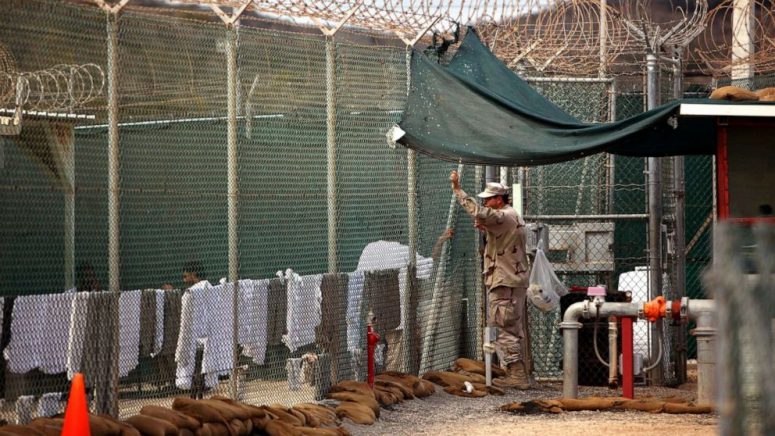 Despite the Biden administration’s approval of eighteen transfers, thirty-nine detainees remained at the military prison in the U.S. Naval Station in Guantánamo Bay, Cuba as of January, 2021. Zayn al-Abidin Muhammad Husayn is one of those thirty-nine.

Held without charge by the United States for almost two decades, Zayn al-Abidin Muhammad Husayn, otherwise known as Abu Zubaydah, not only petitioned a federal court for his release, but also seeks to compel the United States Government to declassify evidence surrounding his treatment by the CIA prior to his arrival at Guantánamo Bay.

Since 2011, the Supreme Court of the United States has not ruled on a case concerning state secrets privilege.  This judicially created, evidentiary privilege allows the federal government to resist court-ordered disclosure of information during litigation if there is a reasonable danger that such disclosure would harm the national security of the United States. State secrets privilege has a deep-rooted history in U.S. law, as the United States is able to assert such authority in coherence with Article II executive powers. However, the modern framework and application of the privilege was established vis-à-vis the 1953 Supreme Court ruling in United States v. Reynolds.  Based on the premise that the government invokes privilege to withhold information in civil proceedings, the Justices of the Vinson Court faced the question of whether or not the trial court must view the point on which evidence is withheld in the plaintiff’s favor. The Court held that cause for privilege must be reasonably demonstrated by the government. If reasonable danger of disclosure to national security is found, the government may withhold information for reasons of national security even when that information is vital to the plaintiff’s case. In effect, the U.S v. Reynolds ruling established the process through which the government is granted state secrets privilege: it may be invoked only after personal consideration by the head of the governmental department with control over the information about which the case is concerned.

In 2002, Abu Zubaydah was identified by the CIA as a high-ranking al-Qaeda official and known associate of Osama Bin Laden. Just six-months after Congress’ ruling to pass the 2001 Authorization for Use of Military Force (AUMF) in the pursuit of those behind the terrorist attacks, Zubaydah was captured in Pakistan. Whether or not this identification and subsequent target for capture was based on erroneous or insufficient evidence is disputed. After U.S. military forces captured Zubaydah, he was transferred to black sites in various foreign nations, including Poland. The United States has declassified the details of Zubaydah’s torture while in CIA custody prior to his arrival at Guantánamo Bay in 2006; he was undoubtedly subjected to waterboarding, confinement, stress positions, and sleep deprivation among other acts of torture.

Despite the United States declassification of information regarding Zubaydah’s imprisonment and torture, the government has refused to officially confirm that Zubaydah’s detention and torture took place at a black site in Poland. Zubaydah’s attorneys filed an application with the European Court of Human Rights. The court found “beyond a reasonable doubt” that Zubaydah had been imprisoned at a detention center in Poland. Thus, the Polish government was compelled to reopen its investigation into this case and requested evidence from the United States. The United States government denied their request on the grounds that the evidence sought in Zubaydah’s case would pose a risk to national security.

In this habeas corpus mission for Zubaydah’s release, his lawyers filed with the United States district court in Washington, DC. However, they were met with a ruling in favor of the U.S. government’s application of the state secrets privilege. The district court’s ruling was primarily rooted in two declarations by former CIA Director Pompeo that such disclosure and testimony by Bruce Jenson and James Mitchell – the two CIA contractors responsible for the interrogation techniques used on Zubaydah –  would endanger national security.

However, on an appeal, a panel on the Ninth Circuit court further reviewed the evidence and rejected the United States assertion of the state secrets privilege. The Ninth Circuit deemed it a “blanket assertion” on the premise that not all of the information sought by Zubaydah and his attorneys was a state secret.

The United States contends that not only did the Ninth Circuit err by failing to utilize Pomeo’s judgment regarding the national security risk posed by Jensen and Mitchell’s testimonies, but the judges also erred to respect the precedent set by CIA v. Sims that denotes the power and responsibility to engage in the assessment of information to the CIA Director rather than the court.

The state secrets privilege is an evidentiary rule rooted in Article II of the U.S. Constitution and materialized through U.S. legal precedent. However, the privilege has been contested by citizens and government officials for decades. The United States is arguing that state secrets privilege is ultimately critical to safeguarding national security, as they oppose the notion that the courts possess the ability to access confidential sources in order to litigate. Citizens, on the other hand, have contended that the state secrets privilege has been abused by the federal government to evade public scrutiny of wrongdoings. The Bush administration has often been accused of transforming the privilege into a weapon to shut down lawsuits challenging government activity.

The Guantánamo Bay prison has posed a serious dilemma for three administrations due to the myriad of international human rights violations and subsequent charges. The prison is linked not only to the war on terror, but also numerous constitutional violations in the treatment of detainees.

In United States v. Zubaydah, the Supreme Court faces the question of whether or not the U.S. Court of Appeals for the Ninth Circuit erred in its rejection of the federal government’s assertion of the state secrets privilege. The founding principle of checks and balances in the federal government comes into play in debate over the limits of state secrets privilege. This case is hotly contested by human rights groups, constitutional rights group, citizens, and government officials alike due to the controversial history of Guantánamo Bay, the state secrets privilege, and the relationship between the war on terror and these two entities. The eventual outcome has the potential to aggravate various groups, including the Council on American-Islamic Relations and the 9/11 Families for Peaceful Tomorrows, who suggest that a ruling in favor of the United States would counter the necessary judicial scrutiny in order to restore the public’s faith in the integrity of the government. A ruling in favor of the United States could amplify concerns about potential abuses of the privilege. On the other hand, a ruling in favor of Zubaydah could alter our current understanding and practice of the state secrets privilege and potentially “check” the power of the CIA and the intelligence community as a whole.