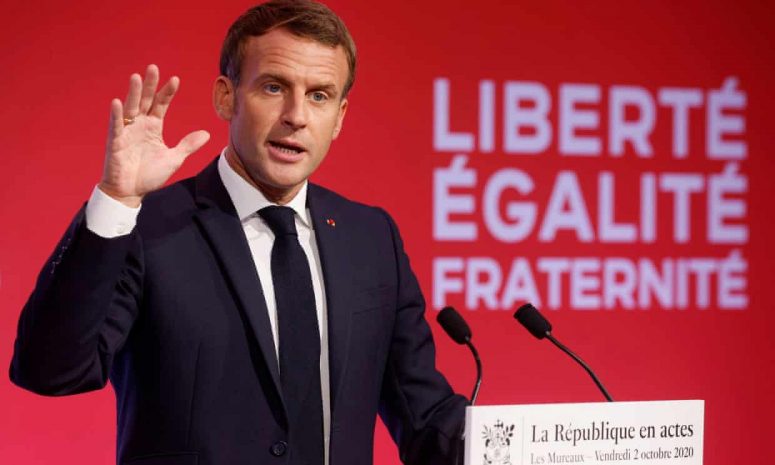 The French Republic is built according to three major values: liberté, égalité, fraternité—liberty, equality, fraternity—that inform the commitments of the state codified in the French Constitution. Among these commitments is the French secularist tradition termed laïcité. However, recent legal developments have called into question whether France’s secularist tradition remains effective in promoting liberty, equality, and fraternity in a country that has become increasingly globalized. On Aug. 24, 2021, France’s Constitutional Council passed the law “reinforcing the respect of the principles of the republic,” more popularly known as the law against separatism—referring to the rise of identity groups separate from the French state, commonly associated with “religious, territorial, or racial minorities in France.” This bill, first introduced after various Islamist-drivent attacks in October 2020, grants the state more power over independent organization, including greater fiscal and administrative control over cultural associations. It ultimately extends the state’s enforcement of its Republican values from civil servants and public organizations to any private organization seeking public funds. This increased control by the state also reaches into the education system, strictly limiting home-schooling and facilitating the closure of schools that encourage separatist movements—most notably Islamic private schools. Although the bill itself does not explicitly mention “Islam” or “Muslim,” its reforms have been accused of disproportionately targeting Muslim communities, a claim supported by Macron’s description of the bill as a means to tackle Islamist Separatism.

In order to understand France’s secularist legislation and its relationship to French Republican values, it is necessary to understand the context under which they originated. The French secularist tradition stems from a history of religion as a dividing force. The 1572 Massacre de la Saint-Barthélemy and 1984 Affaire Dreyfus are taught in French schools as tragedies born from religious divides. These events inspired the first secularist legislation: the Separation of Church and State Law of 1905. France’s secular inclination was further solidified following World War II. Under Nazism, the obligation of Jews in France to wear the Star of David exemplified the oppression enabled by the disclosure of religious observance to the state. As a result of historical events, the French state has committed to maintaining religion, among other identifying factors such as race and ethnicity, private; the government is prohibited from asking citizens to disclose personal identity traits in censuses. These measures are taken to protect citizens’ liberty and equality by preventing the state from influencing the convictions of citizens, or discriminating against them on the basis of these convictions in accordance with the first article of the constitution: all citizens must be viewed strictly as equals in the public sphere with no distinctions made according to origin, race, or religion.

However, French secularist legislation has become a source of controversy. Balancing the values of the French republic and the implications of their secularist laws gives rise to challenges for the French model. In an age of increasing globalization, a system whose laws are justified within a very narrow and rigid code opens itself up to great misinterpretation and marginalization of groups. Since World War II, France has seen a massive influx of immigrants, particularly from the Middle East and the African Maghreb region; France’s immigrant population has grown from 6% of the total population in 1945 to 10.2% in 2020. Thus, the values that originated in a much more demographically uniform France, are starting to crack under the pressure of a diverse population. Upholding equality, liberty, and fraternity has become challenging with different groups observing various traditions, religions, and cultures. For example, France’s 2004 bill banning conspicuous religious symbols in school, intended to preserve equality and fraternity, has been criticized as limiting the liberty of expression of young Muslim hijab wearers. Even small-scale decisions to accommodate Halal or Kosher eating preferences in school canteens have generated controversy as they could be viewed as promoting separations between students due to religious differences. The Aug. 24 law is no different.

By raising the stakes on secularist practices, certain Muslim populations have felt particularly targeted. Since the introduction of the bill, Islamic leaders have called out its Islamophobic tendency, signing an open letter against the charter in February. Even more worrying is the possibility that the bill is actually counterproductive in its anti-separatism goal. Critics have highlighted that by “validating the radicalised narrative that France is the enemy of Islam,” the French law could generate anger and increase radicalization among Islamic groups who feel targeted by the reforms. Studies have found that French Muslims generally exhibit great trust in the French Republic—including adherence to Republican values—but this trust is diminished by experiences of discrimination. Further, researchers have shown that the closing of mosques, facilitated by this bill, would not be successful in addressing “Islamic Separatism” as claimed by President Macron. Taking into account these critiques, the anger, and potential danger, surrounding France’s newest anti-separatism law becomes largely justified. By disproportionately affecting France’s Muslim population with reforms that are likely to fail in mitigating separatism, it is difficult to conclude that this law successfully promotes equality, liberty, and fraternity.

The controversies that have emerged from France’s “secularist” legislation in recent years highlight the fragility of the French values of liberty, equality, and fraternity. It is evident that promoting these values has become increasingly difficult due to the evolving identity of France’s population. Ensuring equality, liberty, and fraternity may have supported a strong state provisional of unparalleled freedoms to its citizens when the French population was smaller, mostly homogeneous, and subscribed to similar religious practices. However, the reality today is a very different one, and recent attempts at promoting these values have proven counterproductive, prioritizing certain portions of the population over others. With a continuously growing immigrant population and booming globalization, will the traditional French system continue to prevail, or will its values fail to keep up with the changing reality?

Belén Bricchi is from Buenos Aires, Argentina and is studying Public Policy, Political Economy, and French.