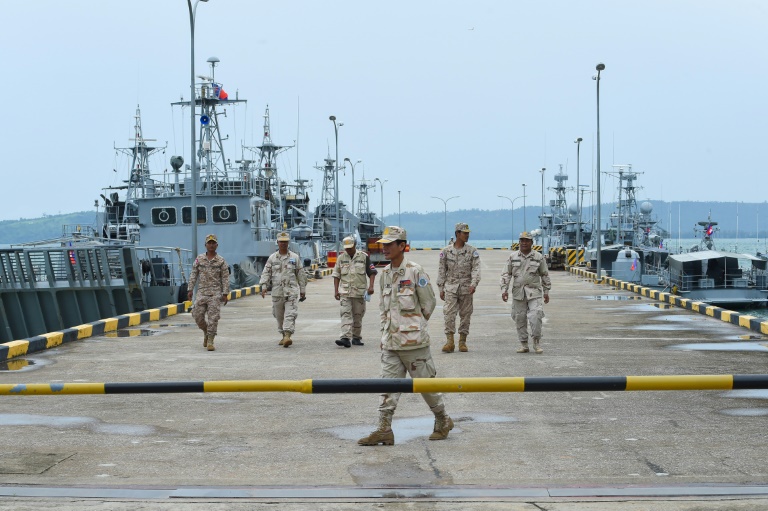 On Sept. 28, 2021, the United States House of Representatives passed H.R.4686, The Cambodia Democracy Act of 2021. This bill requires that the president impose sanctions on Cambodian individuals who commit acts that directly undermine democracy. While the bill has yet to be passed by the Senate, the US Treasury Department’s Office of Foreign Assets Control were able to impose the sanctions under the Global Magnitsky Human Rights Accountability Act, which gives the department the right to sanction individuals and entities accused of human rights violations which would include, as in this case, corruption. Such violations that the legislation describes are in reference to attempts at collusion by members of the Cambodian Ministry of National Defense, Chau Phirun and Tea Vinh. These military officials, who have most recently been stationed at the Chinese-Cambodian Ream Naval Base, allegedly inflated the costs for new construction on facilities at the base and then proceeded to skim the excess funding for themselves. The U.S. has frequently used the base as a military training facility alongside Cambodian soldiers and hence feel obligated to involve themselves in the situation. The imposed sanctions have been accompanied by a corruption advisory to U.S. businesses and a blacklisting of the two officials. Additionally, all U.S. assets belonging to these individuals have been frozen.

Despite the severity of this case, the United States has perceived this situation as only a scratch at the surface of an underlying system of corruption within the Southeast Asian country. Cambodian government officials, however, have stated their disapproval with the U.S. decision, terming this a “politically motivated” act. U.S. concern with the base comes, in part, from reports in 2019 stating that Beijing had secretly signed an agreement allowing its armed forces to exclusively use parts of the base. Cambodian spokesman Phay Siphan believes that this direct involvement on the behalf of the Chinese government is why such a drastic decision was made: “The sanctions imposed by the U.S. government were made unilaterally and their decision was not based on the rule of law — it is an injustice for Cambodia.”

Politically motivated or not, the U.S. has additional beliefs about deeply rooted corruption within Cambodia notwithstanding Chinese military involvement. According to U.S. embassy spokesman Chad Roedemeier, “U.S. officials have regularly raised concerns with Cambodia’s officials about systemic corruption, transnational organized crime and human rights abuses.” It is unclear, however, whether U.S. sanctions were necessary. The bill, which was originally proposed by representative Steve Chabot, was intended “to promote free and fair elections, political freedoms, and human rights.” The currently ruling Cambodian People’s Party has been electorally dominant over the past five years, carrying out measures such as banning the country’s main opposition party, suppressing many forms of independent press, and arresting anyone, including ordinary citizens, for dissenting views on the current government. It is mainly for this reason that U.S. officials, running a democratic country themselves, feel obligated to intervene in a situation where democratic rights are being denied. Still, it is hard to say how much of these sanctions are a result of attempts to uphold democratic values, and how much they are a reaction coming from deeply ingrained fears about Chinese involvement in military projects.

It is clear that from a geopolitical standpoint this situation has escalated the existing tension in U.S.-China foreign relations. From a financial standpoint, we will see in the coming months what types of changes will be made to future budget decisions for the Ream Naval Base, and whether the Cambodian military officials will face any recoil within the Cambodian judicial system. As for Chinese-Cambodian relations, much change is not expected. Chinese Foreign Ministry spokesman Wang Wenbin went so far as to state, “China consistently opposes unilateral sanctions by the U.S. under so-called long-arm jurisdiction… The mutually beneficial cooperation between China and Cambodia brooks no external interference.”  Past events and international relations along with the close proximity of the two countries tell us that they will likely work together when it comes to issues that pertain to Southeast Asia. The long-term impact of the sanctions will become clearer if the U.S. and Cambodia ever run into similar crises in the future. Such instances will tell us whether the sanctions were a rare occurrence, or whether they will be a precedent for U.S. foreign affairs’ handling of international corruption.