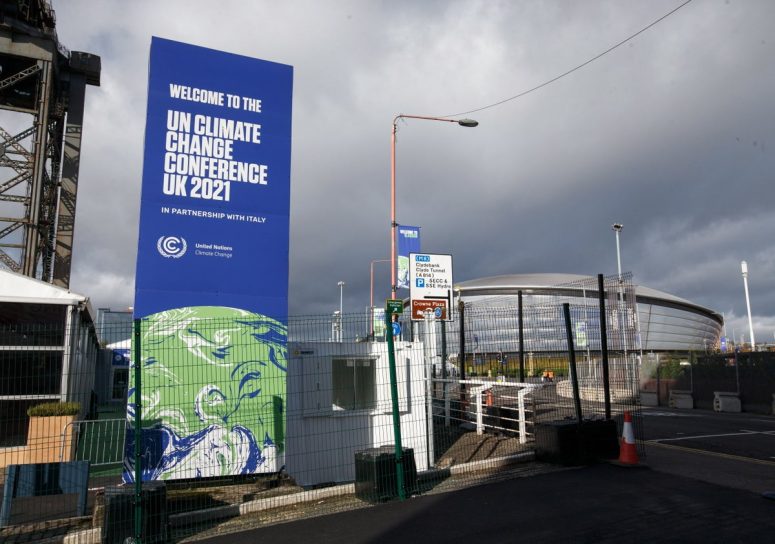 The COP26 UN Climate Summit that was scheduled from Oct. 31 to Nov. 12 ran into overtime and officially ended on Nov. 13 with approximately 200 countries agreeing to an 11-page Glasgow Climate Pact that has been met with both celebration and criticism from around the world.

Some of the most highly-praised commitments to come out of the summit were led by ambitious agreements on deforestation, methane, and carbon markets. More than 100 countries, notably the U.S. Brazil, China, and Russia, agreed to end deforestation by 2030. A similar commitment was made for methane emissions with more than 100 countries vowing to cut methane emissions by 30% in the next 10 years. New rules for the carbon market struck a particularly positive note for climate activists internationally. These rules aim to close loopholes in the carbon market by eliminating double counting of carbon emissions and thus keeping countries more strictly accountable for their emission claims.

The Glasgow Summit has been a place of many firsts even beyond these main commitments. In declaring a goal of “accelerating efforts towards the phase-down of unabated coal power and inefficient fossil fuel subsidies,” the Glasgow Climate Pact marks the first time that fossil fuels are explicitly written into a UN climate declaration. Additionally, in a surprising twist for many countries, two of the biggest global polluters — the U.S. and China — jointly announced that they would be doing more to reduce emissions, with China developing plans to reduce methane for the first time in the nation’s history.

While there is certainly plenty to celebrate within these accomplishments, the climate summit fell short in other issues. One especially notable shortcoming is the issue of high-income countries providing funding to low-income countries to develop renewables and become more resilient to climate change. At the 2009 Copenhagen summit, wealthy nations had agreed to pay $100 billion USD per year to low-income nations by 2020 to better equip them to combat climate change. These nations did not follow through on their commitment, and arguments surrounding funding were renewed at the Glasgow summit. The new Glasgow Climate Pact “urges” countries to at least double this funding for low-income nations by 2025. However, there is lingering doubt as to how successfully this will be implemented when countries have already failed to meet their 2009 commitments.

Another issue involving funding for vulnerable nations, known as “Loss and Damage,” was a major point of contention at the summit. “Loss and Damage” is a compensation system for nations dealing with destruction from emissions released by other countries. The context for “Loss and Damage” is that more-developed countries should be held responsible for their contributions to climate change which disproportionately affects less-developed countries. The U.S. and EU generated 47% of total global greenhouse gas emissions since the Industrial Revolution. Meanwhile, Africa and South America generated just 6% but will be most affected by climate change. This system of climate justice was met with fierce opposition by the U.S. and EU, which prevented countries from reaching an agreement. Instead, they settled for a “Glasgow Dialogue” to continue working on funding plans in future years. This is not the first time a climate summit has established “Dialogue” rather than direct actions. The COP23 in 2017 created the “Suva Expert Dialogue” to research loss and damage, yet the system has still failed to be implemented. Various countries view the “Glasgow Dialogue” as proof of wealthy nations shirking from their responsibilities, with Guinea showing “extreme disappointment” and Senior Advisor Harjeet Singh at the Climate Action Network criticizing the plan as “walking in inches when we must move in miles.”

Climate activists and world leaders also expressed concern over the weak wording of the various commitments laid out in the Glasgow Pact. An initial draft of the pact called for a “phasing-out” of coal. However, India pushed to replace this phrase with  “phasing-down,” a last minute move also supported by China. Leaders including the Tuvalu Foreign Minister and Mexico’s envoy Camila Isabel Lizama denounced this “watered-down” commitment that reduces pressure for countries to eliminate coal. The pact also “urges” and “requests” wealthy nations to increase funding for low-income countries. Activists worry that such soft words will not prompt sufficient action. Professor Timmons Roberts at Brown University was doubtful over the effectiveness of the pact’s “wiggle words,” saying, “If I request my students to consider doing the reading for a class, how many do I expect to actually do it? Very few.”

Beyond all the praise and doubt surrounding the Glasgow Climate Summit, a looming question remains: what do these commitments — and lack of commitments — mean for the world and climate change? The 2015 Paris Agreement established a goal of limiting global warming to 1.5 degrees Celsius above pre-industrial levels, and there has been much debate over whether this goal is still within reach. Varying projections have been calculated, but the Climate Change Tracker predicts a 2.1 degree increase if long-term climate and net-zero targets are successfully met. The tracker’s most optimistic scenario is 1.8 degrees, which can only be accomplished with over 140 countries reaching their net-zero targets.

Despite these somber projections, some leaders hold onto hope of reaching 1.5 degrees. Following the Glasgow Summit, COP26 President Alok Sharma said, “We have kept 1.5 degrees within reach, but its pulse is weak.” To be fair, all the commitments and action plans made in verbal and written form over the years could, in theory, keep global warming below 2.0 degrees if they are implemented quickly and successfully. However, the commitments themselves are long overdue, and actions towards fulfilling these commitments do not seem to come quickly enough.