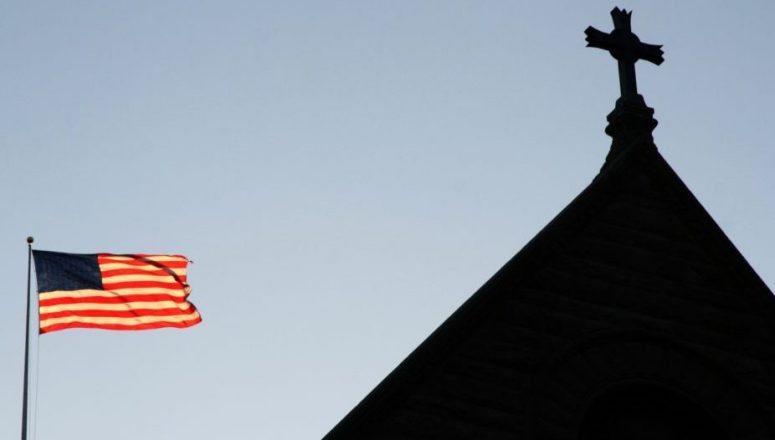 In a 5-4 panel on June 30, 2020, the United States Supreme Court ruled to reverse and remand the Montana Supreme Court’s ruling on Espinoza v. Montana Department of Revenue. Thus, the Supreme Court concluded that tax-credit funded scholarships meant to help students attend private schools cannot exclude religious institutions from receiving funding simply because they are religious. However, next month on December 8, the Supreme Court will hear Carson v. Makin, a critical case concerning a challenge to the Maine Department of Education’s use of state tuition dollars to supplement nonsectarian schools. The justices will address the question of whether or not a state violates the constitution by operating a program providing students with money to attend private schools but inhibits them from attending schools providing religious instruction. As this question was left unresolved in Espinoza last summer, the Carson case demonstrates the potential to overturn the precedent set by Espinoza and set a new precedent for the way taxpayer dollars are used to fund religious education.

The tuition assistance program created by the Maine State Legislature was first codified under Maine’s Free High School Act of 1873, as it allowed towns throughout Maine that chose not to build public secondary schools to pay tuition for students to continue their educations at the private secondary schools otherwise known as “town academies.” As over half of Maine’s 260 school districts do not have their own public schools today, this statute passed by the Maine legislature was necessary. Although religiously affiliated schools were included in the program for over a century, James Tierney, Maine’s attorney general at the time, surmised that permitting a student to attend a “sectarian” school using public funding would violate the U.S. Constitution.   The program now allows all districts without a public school system to contract with either established public schools or “approved” private schools inside and outside the state of Maine. While parents are allowed to choose the private school for their child, the only private institutions that are approved for the tuition assistance program are “nonsectarian schools in accordance with the First Amendment of the United States Constitution.”

The families did not seek public tuition assistance for these schools, as they knew they would undoubtedly be denied by the Maine State Legislature. However, they filed suit in the U.S. district court against the state of Maine, claiming that Maine’s “nonsectarian” requirement for the tuition assistance program violates the families’ constitutional right to free exercise of religion under the First Amendment. Arguing for their constitutional right to participate in the program, the parents cited several schools, including the Cardigan Mountain School attended by the son of Chief Justice John Roberts, as an example of a nominally religious school that was deemed non-sectarian and thus, approved to participate in the program. The district court asserted that the plaintiffs lacked standing, and the decision was affirmed by the First Circuit as they held that Maine transgresses “neither the Free Exercise Clause nor the Establishment Clause, nor any of the other provisions of the federal Constitution that the plaintiffs invoke.” Soon, the Supreme Court will take the case into consideration.

In Espinoza v.  Montana Department of Revenue, the Supreme Court built upon its decision made in Trinity Lutheran Church of Columbia, Inc. v. Comer. The Court held that the  exclusion of religious institutions from a state grant program solely because of religious character discriminates based on religious status and is therefore unlawful under the Free Exercise Clause of the First Amendment. In response to the Montana Legislature’s establishment of a program that grants tax credits to those who donate to organizations that award scholarships, the Supreme Court held in Espinoza that a state may not exclude families and schools from participating in a student-aid program because of a school’s religious status. In effect, the Espinoza ruling further contributed to the precedent set by Trinity Lutheran. These two cases essentially opened the doors for the Carsons and Nelsons, the plaintiffs in the Carson case, to challenge the Maine law established over a century ago. The Supreme Court will address the unresolved, technical question of whether the Maine law draws a distinction based on the religious status of a school, which is not allowed under the Court’s current precedent, versus a distinction made based on a proposed use of public funding for religious purposes.

The Carson ruling will aid to shape the future of the relationship between church and state in the United States. The Supreme Court will first need to decide whether or not the Carson and Nelson families have constitutional standing to sue, and will thus consult the text of the First Amendment which prohibits the government from making any law “respecting an establishment of religion, or prohibiting the free exercise thereof.” Holding that the application of Article X, Section 6 of the Montana Constitution was unconstitutional, the Court majority in Espinoza included Chief Justice Roberts joined by Justices Thomas, Alito, Gorsuch, and Kavanaugh. In the fall of 2020, the Supreme Court’s membership was reshaped with Justice Amy Coney Barrett succeeding Justice Ruth Bader Ginsburg after her death in September, 2020. Given Justice Barrett’s previous rulings on First Amendment cases concerning the free exercise of religion, including Tandon v. Newsom, we can predict she will vote in favor of the plaintiffs along with her conservative counterparts.

If the Court affirms the decision made in the First Circuit, precedent set by Trinity Lutheran and Espinoza alike will not be overturned. The plethora of case law and legal tests produced under the sparse, vague language of the First Amendment’s text highlights that there is no clear, obvious answer to whether or not the Constitution recognizes the right to obtain a tax-payer funded religious education if nonsectarian schools are eligible. If the Supreme Court rules in favor of the plaintiffs and thus mandates the use of public education funds and taxpayer dollars to teach religious education, Carson v. Makin could serve as the most crucial separation of church and state ruling in decades. Students and families are served by tuition assistance and school choice programs in 29 states in addition to Washington, D.C. The Carson ruling has the potential to tighten the longstanding separation between Church and state in the United States.