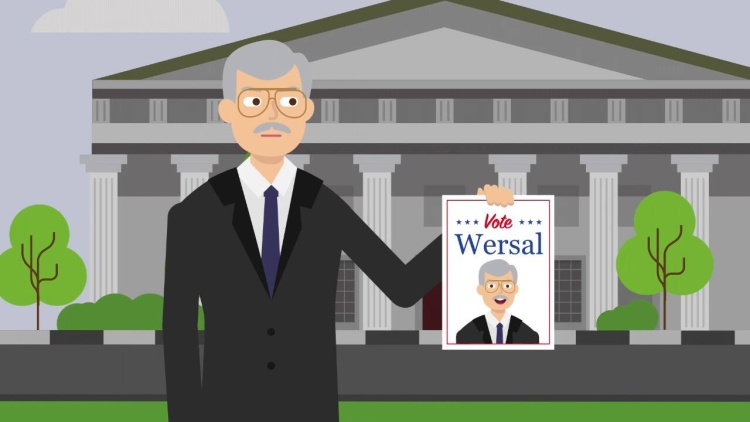 Judges are meant to be nonpartisan parts of the government, as has been emphatically mentioned by Chief Justice Roberts. Although Supreme Court justices can themselves pretend that the position of federal justices is completely devoid of partisan taint, and only considers the law from an unbiased matter, reality shows otherwise. The extreme politicization of judicial confirmations, including those of Justices Gorsuch, Kavanaugh and Barrett, make us realize that indeed, many legal conundrums do not have an obvious, explicit formulation in the law. Entirely opposing viewpoints could be argued for, with the argument pretending to trace back to some clause in the Constitution through a flimsy line of logic. There is simply no ‘right answer’ according to the law, it simply depends on which side the judge supports – views remain irreconcilable. For example, even scholars who are otherwise personally supporters of access to abortion have considered Roe v. Wade to be poorly based on constitutional law, because the link from the Due Process Clause to right to privacy to right to abortion is a stretch of logic. So, if abortion is not mentioned in the Constitution anywhere, how a judge will rule on abortion merely depends on his personal views. Thus, both sides can accuse judges of ‘judicial activism’.

Justice Ginsburg, during her confirmation hearings, refused to elaborate on her opinion on issues like the death penalty, because she felt that she could have to vote on it, if confirmed. She might have been overwhelmingly voted in by the Senate, but future hearings like that of Justice Barrett have seen support divided on partisan divisions, despite a similar silence on “matters of policy”. Clearly, through past writings and previous decisions, it is often easy to note where a judge stands on a particularly contentious issue. So, both silence and explicit discussions by judge nominees seem to be merely a matter of protocol.

Let us examine the case now. Minnesota had a state judicial code of ethics with an ‘announce clause’ that constrained candidates seeking to be elected as judges from discussing issues that could come before them if elected and announcing their views. Gregory Wersal, a candidate for the position of Associate Justice in the Minnesota Supreme Court, had earlier distributed literature critical of several Minnesota Supreme Court decisions. An ethics complaint filed in 1996 when he first ran for the office was dismissed, and in 1998, when he ran again, he filed a suit in the Federal Court, joined by the Republican Party of Minnesota, that the ‘announce clause’ violated his freedom of speech and prevented a meaningful campaign, as the voters could not know his positions before deciding whom to vote for.

Both the District Court and the Federal Court of Appeals ruled that the ‘announce clause’ was legal, but the Supreme Court, on reappeal, ruled 5-4 that the ‘announce clause’ was unconstitutional because it prohibited a judicial candidate from stating his views on any specific legal question within the province of the court for which he is running, except in the context of discussing past decisions—and in the latter context as well, if he expresses the view that he is not bound by stare decisis. In the main opinion authored by Justice Scalia, speech about the qualifications of candidates for public office was considered at the core of the First Amendment and could not be violated. The clause was not narrowly tailored enough to survive the legal process of ‘strict scrutiny’ for a compelling state interest. The opinion of the court also refutes Justice Ginsburg’s dissent (covered later) and maintains that the Announce Clause restricts the ability for a fair election. It is impossible for a judge to have no preconceived opinion regarding any legal issue – the fitness of a judge more so depends on the degree of openness to consider arguments of both parties. Justice Kennedy, when concurring, went even further, that state interest should not even be considered, and that content-based speech restrictions that do not fall within any traditional exception should be invalidated without inquiry into narrow tailoring or compelling government interests.

Justice O’Connor did join the majority opinion, but in her concurring opinion, she brought out some bigger unresolved issues regarding the process of judicial nominations. Later, she had mentioned that she questioned her decision in this case later on. At the time of ruling, she questioned the process of judicial elections at the state level and its possible flaws. In the USA, federal judicial positions are confirmed by the Senate on nomination by the President. Of course, different political and otherwise groups do lobby candidates to the President for nomination. Depending on the party in control of the Senate, candidates can get selected or rejected. State-level judicial positions, however, still depend on elections, and they are voted in by the populace.

Justice O’Connor’s concurring opinion reminded us that if judges are subject to regular elections, they can never be completely impartial – this is because, if they rule an unpopular opinion based on the laws, the unhappy public could vote her out in the next election! Moreover, judicial campaigns, like any other campaigns, need a lot of funding, and unless a candidate is very wealthy, they need donations from companies and organizations, and this could raise potential for conflict of interest. Some states follow the Missouri Plan, where judges are nominated by a commission and selected by the governor, and only face a retention election in front of the public after 12 months. In so far as a judge becomes ‘partial’ to respect popular sentiment, mob rule supersedes established law. Thus, Justice O’Connor was skeptical about judicial elections in the first place.

While this process lessens the problem, not all states follow this plan. Even if elected officials select judges, decisions to confirm or reject a judicial candidate become intertwined with the elected official’s future political support. Consider the 2020 elections, where the state of Maine overwhelmingly supported the Democrat Presidential candidate Joe Biden, but still voted Republican Senator Susan Collins into another term. Her final vote against the confirmation of Justice Barrett meant a lot of otherwise Democrat voters retained faith in her.

There were two dissents – one by Justice Ginsburg (joined by Justices Souter, Stevens and Breyer). The other dissent was by Justice Stevens (joined by Justices Ginsburg, Souter and Breyer). The former dissent, scathing in nature, pointed out the more idealist stance that judges should be considered as non-political actors providing justice. Thus, even if judges are subject to election, their selection process should not be identical to political actors. The limitations and statutes of the Announce Clause in Minnesota were perfectly reasonable in which statements framed at a level of generality or qualified statements are permitted. However, the code of conduct did not allow statements that indicated full commitment to a position on an issue as it would indicate how the person, if a judge, would rule on all possible issues. Justice Ginsburg considers the remaining of this separation as a goal in the interests of the State, which it can enforce.