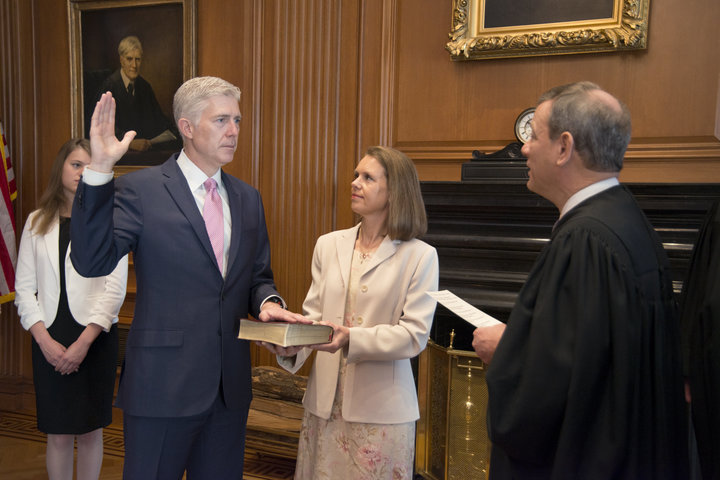 What extent do judges, or public employees in general, have freedom of speech under the First Amendment? What kind of speech, expression or even association in groups, could disqualify a person from seeking such public office, to ensure that defendants have their due process rights under the Fifth and Fourteenth Amendments protected? What evidence can be used to judge the merit of such claims, and judge the judge themselves? How does this relate to the ethical standards for judicial recusal?

The Senate confirmation hearings of Associate Justice of the Supreme Court Amy Coney Barrett saw an unusually reticent Barrett, unwilling to express opinions on matters of even the slightest legal controversy. Her silence could certainly be due to the politicized controversy regarding her nomination, however a larger trend has emerged. On one hand, the candidature of a nominee gets boosted by the presence of a significant paper trail if the legal opinions support the nominating party; on the other hand, even when the judge has well-formulated opinions on an issue, they maintain a vow of silence on issues in public hearings, considering loquaciousness to be undermining their neutrality. From the relaxed confirmation hearings of Scalia to the present scenario where all past writings are held up and scrutinized, one wonders how the First Amendment applies to judges.

In part one of a four part series, we examine Rutan v. Republican Party of Illinois to interpret the precedents set and the rules consensus has been formed on.

Five people brought a suit in the United States District Court for the Central District of Illinois, with allegations of employment discrimination, violating the First Amendment’s speech and association clauses. In a 5-4 ruling, the Court ruled that hiring decisions contingent upon party affiliation violated the petitioner’s First Amendment rights to freedom of speech and freedom of association. The Court determined that promotions, transfers, and recalls after layoffs based on political affiliation or support are an impermissible infringement on the First Amendment rights, however, whether discrimination was actually based on political membership was to be determined by the District Court.

Yet, we see that the political leanings of governmental employees do correlate with the party in power. For example, a well-publicized comparison of congressional interns under Presidents Obama and Trump disclosed how the Democrat party has higher support among racial minorities, while the Republican party has higher support among white Americans. Public sector jobs involve policy work, where the job potentially involves enacting agendas of the ruling party.

The judicial system was not designed to be partisan, but in legal cases involving politically contentious issues, both Democrats and Republicans consider it important to nominate ideologically conforming justices, who might not be blatantly partisan demagogues, but are more likely to favour certain sides in cases where consensus is hard. Thus, it has resulted in a process where Republican administrations are highly likely to nominate judges approved by the right-wing Federalist Society, where judges nominated by Democrat administrations are more likely to be backed by the American Constitution Society.

This was the exact issue that Justice Scalia pointed out in his dissent (supported by Rehnquist, Kennedy and O’Connor). As pointed out, political patronage and even outright political nepotism has been a baggage of American democracy ever since the presidency of Andrew Jackson. One could not expect the upcoming presidency of Joe Biden to nominate any Federalist Society member for a Federal Court of Appeals lifetime position. In a nation with far more ‘well-qualified’ candidates than number of candidates, ideological conformity has always been a decision factor in selections. For governmental positions, being ‘well-qualified’ has become encompassing ‘willing to carry out the agenda of the ruling party’.

Justice Stevens rebutted to Justice Scalia’s dissent, pointing out that if the age of a pernicious practice were a sufficient reason for its continued acceptance, the constitutional attack on racial discrimination would, of course, have been doomed to failure. Thus, just because a process used to happen from the era of President Jackson onwards does not prevent the Supreme Court from invalidating it.

For a healthy functioning democracy without the tyranny of the majority currently in power, we need checks and balances, and thus the court affirmed similar decisions made in Elrod v. Burns, and Speiser v. Randall. The former decision ruled that firing decisions involving non-policymaking public employees may not be constitutionally based on party affiliation and support pursuant to the First Amendment, even if a particular office has the ‘spoils’ system. On a broader level, the latter decision ruled that speech and free expression are rights fundamental enough that governmental benefits and services cannot be denied on that basis.

On one hand, this rules out partisan discrimination for applicants, however, some governmental offices can attract applicants more oriented to one particular side or the other – resulting in self-selection. The broader issue remains about judges – because although the judiciary is not involved in policymaking directly, judicial decisions do influence future legislative action, for example, as we saw in the case of Ledbetter v. Goodyear Tire & Rubber Co. There, Justice Ginsburg’s sharp dissent showed how, although the majority directly applied the past law formulation of Title VII of the Civil Rights Act of 1964, the law was flawed as it did not account for incremental employment discrimination. The Obama Administration took note, and the legislature passed the Lilly Ledbetter Fair Pay Act of 2009. So, if judges are technically nonpartisan employees, can the appointment process consider the party of affiliation? Clearly, Presidents do select judges based on political leanings, is this process consisting of illegal discrimination?