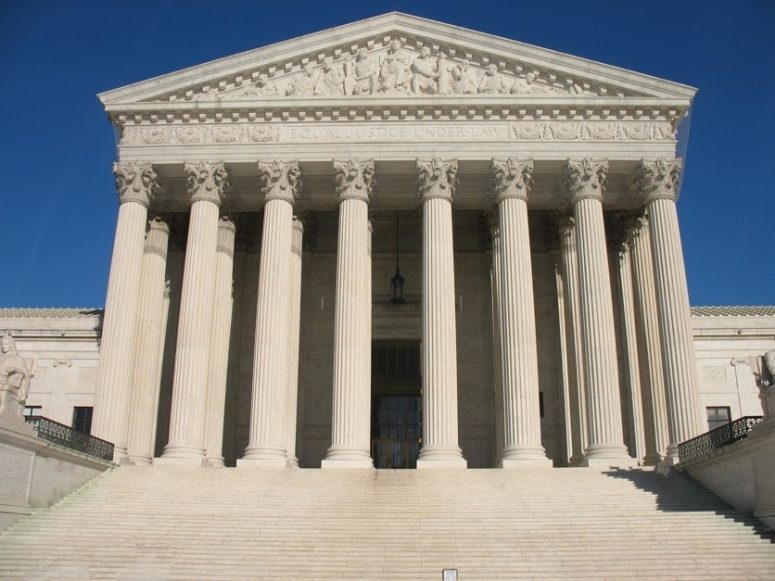 In a pair of decisions late on Feb. 5, 2021, the U.S. Supreme Court ruled that California’s limitations on indoor church gatherings were unconstitutional on the basis that the constraints unfairly curbed First Amendment rights. With this ruling, California churches may resume religious activities at 25 percent capacity. While the Court ruled against California’s ban on indoor services, restrictions on indoor singing and chanting—which California claims pose a greater threat to disease spreading due to the small droplets of saliva they release—were upheld in a divided decision.

The plaintiffs in the two cases—the South Bay United Pentecostal Church and the Harvest Rock Church, respectively—are both situated in purple-tiered counties of Southern California, meaning that they pose a risk to widespread transmission of COVID-19. Prior to the Supreme Court’s ruling, California Governor Gavin Newsom’s coronavirus guidelines prohibited indoor religious gatherings in these purple counties, which represent a vast majority of the state, with the 9th U.S. Circuit Court of Appeals siding with Gov. Newsom in a January challenge of the order. The Supreme Court’s decisions come just over two months after the Supreme Court’s decision in Roman Catholic Diocese of Brooklyn v. Cuomo, in which a similar New York executive order restricting the attendance at various religious services was struck down.

In the majority opinion of the South Bay United Pentecostal Church case, Justice Neil Gorsuch, joined by Justice Clarence Thomas and Justice Samuel Alito, argued that California “imposed more stringent regulations on religious institutions” than other businesses, which could continue indoors with between 25 and 50 percent occupancy. The California law had held that religious services should face notably more onerous limitations than others because they require a large number of people from different homes gathering in close proximity for an extended period of time with singing. Justice Gorsuch acknowledged that these aspects can facilitate the spread of COVID-19, but argues that they are not unique to church services. For instance, the entertainment industry, with far lighter restrictions than religious gatherings, can legally “host a studio audience or film a singing competition,” similarly involving the assembly of a large number of people from different homes in close proximity for an extended period of time, all the while “not a single soul” is allowed to set foot inside a church. Furthermore, Justice Gorsuch questioned California as to why other public health measures used to combat the spread of disease during the pandemic—social distancing, mask requirements, plexiglass barriers, etc.—cannot be used in lieu of a complete ban on indoor services. Justice Gorsuch, Justice Alito, and Justice Thomas would have gone as far as to permit religious services to resume, sans restrictions.

However, the Supreme Court hardly reached a consensus on the matter. In her first official opinion on the nation’s highest court, Justice Amy Coney Barrett, joined by Justice Brett Kavanaugh, issued a short, one paragraph concurring opinion in which she supported removing California’s ban on indoor worship but keeping restrictions on indoor singing.. However, the two Justices called for California to clarify whether the ban on indoor singing applies solely to religious institutions or also to other industries, such as Hollywood. Chief Justice John Roberts delivered his own concurring opinion on the matter, stressing “deference to politically accountable officials” in matters of public health in upholding California’s ban on indoor singing and chanting. The Chief Justice concluded that California’s ban on indoor worship reflected “not expertise or discretion” and assured that “deference, though broad, has its limits.”

Justice Elena Kagan, joined by Justice Sonia Sotomayor and Justice Stephen Breyer, issued a strong dissent on the matter on the notion that Justices of the Supreme Court “are not scientists” and should not concern themselves with matters relating to public health policy. Justice Kagan continued by pondering, if not in an international pandemic, is it ever acceptable for the government to restrict the ability of its constituents to worship indoors, should similar cases appear in the future. Justice Kagan and her fellow justices described their fears that the Court’s “foray into armchair epidemiology” poses a threat to the nation’s ability to escape the ongoing coronavirus pandemic and interfere with states’ abilities to craft pandemic-related legislation.

The rulings in both the South Bay United Pentacostal Church case and the Harvest Rock case send a message to policymakers across the country: it is time to start envisioning what the latter portion of the pandemic will look like. The Supreme Court is signalling the importance to not only consider the physical health of constituents in crafting public health policies, but also the preservision of individual liberties when they may be done safely. These decisions seek to ensure that science, not politics, is the sole criteria in crafting public health policy, and they could inspire other lawmakers to consider easing pandemic provisions as vaccine distribution ramps up nationwide.

Andrew Touma is a freshman from Fort Gratiot, Michigan and is planning on majoring in Public Policy Studies.