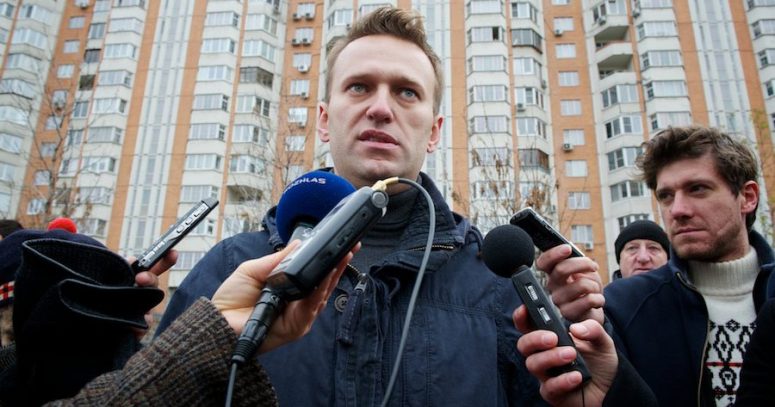 Russia’s premier dissident, Alexei Navalny, was sentenced to serve three years in prison earlier this February. As Vladimir Putin’s most prominent political opponent, Mr. Navalny has spent the past 20 years exposing corruption and organizing anti-establishment protests. The latest ruling against Mr. Nalvany hails from a long string of attempts from Moscow to silence anti-establishment forces, ranging from a potentially state-sanctioned poisoning attempt to allegations of embezzlement and fraud. It also sparked the largest day of protest in Russia since 2017 and subsequently one of the country’s most severe crackdowns on civil liberties in recent memory.

The Kremlin has moved swiftly to crack down on the freedom of assembly, dissident fundraising, and civil protections from law enforcement. Human rights watchdogs noted that an estimated 10,000 were arrested nationwide over the two weekend rallies alone, marking the most aggressive wave of detentions since Vladimir Putin’s election in 2000. Moreover, Russian activists assert that the police have been far more aggressive in their latest push to suppress demonstrations, citing denials of request for legal counsel, frequent use of police brutality, and arbitrary raids of protest leaders. Meanwhile, the Russian Parliament has pushed new legislation to curtail common loopholes used by Russians taking part in unauthorized mass gatherings. In recent years, the Parliament has also strengthened illiberal libel laws to silence anti-establishment voices both in the media and on the web. The European Court of Human Rights (ECHR), among other organizations, has since called on the Russian Federation to “show appropriate tolerance towards unauthorized but peaceful gatherings”.

While the international community has not taken strong actions against the Kremlin’s suppression of the protests, political entities from the United States and EU have since moved to protect Mr. Navalny. Hours after a Youtube broadcast from a leading member of the Navalny’s coalition, President Joe Biden stated that “he [Mr. Navalny] should be released immediately and without condition”. U.S. Secretary of State Antony Blinken has also raised concerns about Navalny’s safety with the Russian Foreign Ministry, underscoring American support for the movement. The European Court of Human Rights has “demanded that Russia free Navalny immediately and warns that failing to do so would mark a breach of the European human rights convention”. Moscow has never faced a verdict from the ECHR to set a convict free and likely will use a provision prioritizing national legislation over international laws to ignore the ruling. The country risks losing its membership to Europe’s top human rights organization if it does not comply, which would only underscore Russia’s drift away from integration into the liberal international system.

The latest episode in the Navalny saga put Russia’s embattled democratic institutions in the spotlight. An election campaign fraught with violence and intimidation against journalists resulted in Kremlin-backed candidates sweeping every gubernatorial race, while sustaining losses both in Moscow and in regional elections. The government has continued to harass NGOs and journalists advocating policies that go against the Kremlin’s agenda, labeling them as foreign agents or undesirable organizations, subject to fines, indiscriminate police raids, and arrest. These facts reflect the reality of a multiparty system managed by the Kremlin, which sustains “superficial competition against the dominant United Russia Party”. Should this continue, the Russian democracy of the foreseeable future will likely continue to suffer from pervasive corruption and eroding civil liberties.

It need not be this way. As shown by the thousands of Russian protestors led by Mr. Navalny, the Russian people are willing and able to fight for fair governance. In the face of a suppressive central government, the Russian people have stepped up before, and they can do so again. On February 28th, 1996, the former Soviet Union joined the Council of Europe. In doing so it committed to become a state upholding human rights, the rule of law, and democracy. Reminding the Russian Federation of its promise is the first step to fulfilling it.

Jonathan Tao is from Naperville, Illinois and is studying Economics and Political Science.