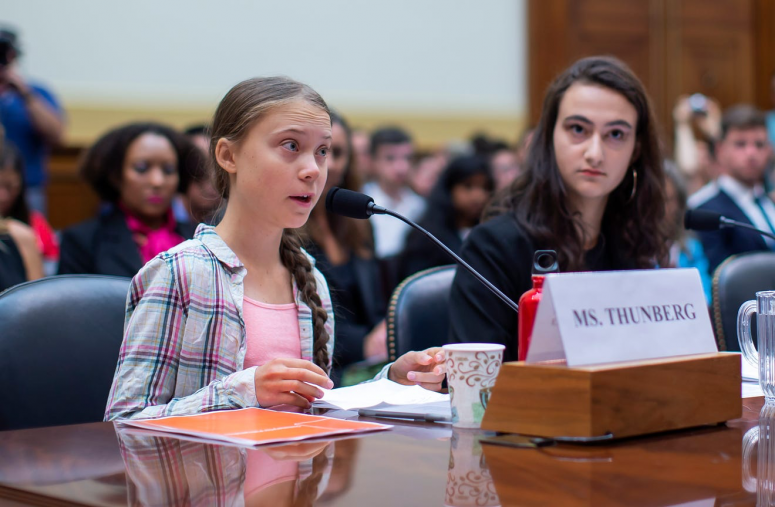 The 23rd of September marked an important day for climate protectors worldwide. Sixteen child petitioners — including Greta Thunberg and Alexandria Villasenor — from all around the world presented a legal complaint to the United Nations, arguing that their human rights were being violated by nations that were failing to give legislative attention to the pressing threat of climate change. Their petition shed light on an important aspect of climate change that lawmakers and politicians have been reluctant to address; climate change may not destroy their homes, but it most definitely will destroy their childrens’. The petition  argued that 5 countries, namely Argentina, Brazil, France, Germany, and Turkey, have been “recklessly causing and perpetuating life-threatening climate change [and] have failed to take necessary preventive and precautionary measures to respect, protect, and fulfill the petitioners’ rights.” The complaint, filed under the United Nations Convention on the Rights of a Child, is now subject to review by the 18 independent child rights experts who comprise the committee. Once the committee determines if the complaint is admissible, it will recommend appropriate actions to the nations to which the complaint is addressed.

Such committee recommendations are non-binding. Given its limited authority, there arises timely necessity for laws with enforcement power to force action upon the international community plagued with a collective action problem. Two decades ago, the United Nations Framework Convention on Climate Change established a system of negotiation that enabled countries to adopt amendments from ongoing negotiations regarding development protocols. In the two decades since, such negotiations have yielded no significant progress, as emission levels have soured to unimaginable rates since 1992. While the convention gave birth to the famous Kyoto Protocol, which was adopted December 11th, 1997, and the Paris Agreement, adopted December 12th 2015, both have faced limited success in countering climate change. The Kyoto Protocol split the world into developed and developing countries. Rich countries had to adopt legally binding targets while developing countries got a pass for the time being because their per capita emission levels were much lower than that of developed nations. The result was chaotic. George W. Bush withdrew from Kyoto in 2001, with Canada following suit. While the European Union, Japan, and New Zealand remained in the treaty, these countries  saw limited success as the rapid growth of China and India brought a skyrocketing increase to global emission levels that swamped the meager cuts that developed countries made.

The Paris Agreement, negotiated by representatives of 196 state parties, attempted to keep the increase of the global average temperature to below 2 degrees Celsius more than the  pre-industrial era. The agreement required that all countries determine, plan, and regularly report their contribution to mitigate global warming; while no specific mechanism forced specific targets by specific dates, each target was to go beyond previously set targets. As of November 2019, the independent tracking of public policies in the US, Canada, Japan, and the European Union gives good reason to doubt whether any country will meet this goal. President Trump has successfully reversed many Environmental Protection Agency regulations as well as California’s Clean Air Act waiver to set tailpipe emission standards. While Japan is tracking close to its goals, the goals themselves  are, frankly, far too modest to keep Earth’s temperature increase to 2 degrees. If every country set goals similar to that of Japan’s, Earth would still experience a temperature increase between 3 to 4 degrees by the end of the 21st century.

Given recent failures, we might expect the international law to promptly address the issue at hand; it surprisingly remains silent. How do current legal structures in several fields impede progress?

One obvious solution  would be to create policies that would impose low carbon standards on the production and trade of everyday goods. Yet, such a law is extremely difficult to bring about under current restrictions in the WHO law because a low-carbon import policy is likely to pose significant barriers on  trade for some countries. Even potentially viable policies would undergo laborious and time-consuming procedures, which the WTO’s principal court is likely to deny.

Despite self-evident threats of climate change to elementary rights (access to health, food, water, and shelter, etc) relevant laws have not yet been established. Large bodies of research, the earliest of which dates back to 1990, predict human mobility to rise to great importance. As climate change anticipates ‘climate migration’ and ‘climate refugees’ to increase, scholars have suggested several methods to protect the rights of trans-border climate migrants. The first method involves identifying ‘climate migration’ as a distinct category in the current global dynamic of human mobility. Doing so would require that international bodies adopt new definitions and bureaucratic procedures to cover all stages of human movement induced by climate (pre-displacement, displacement, and resettlement); the UNFCC would also have to alter their current framework to incorporate such changes.

Yet, insofar as many states remain unwilling to limit their sovereignty by regulating entry between national borders, such international efforts will likely  be futile. Even when nations or international bodies attempt implementing such changes under the currently available legal framework, these climate challenges require broader interpretations of the scope of migrants and refugees. Article 1 of the Refugee Convention in 1951 defines refugees as ‘a person that has the proof of a well-founded fear of persecution based on his or her religion, race, nationality, or belonging to a particular social group of political opinion.’ Given that climate change is non-discriminatory and non-excludable in nature, qualifying it as an act of persecution becomes difficult. Efforts for change are stymied by the strict, rigid scope of application of international conventions.

Greta Thunberg’s legal complaint to UN gains greater significance in a global society where regulations are too meager to counter the life-threatening risks of global change. Indeed, political activism remains the sole, reliable way to engender changes in collective, societal values; only then would international laws adapt accordingly. Fingers are crossed for the UN Committee on the Rights of the Child to judge upon the issue with wisdom and perspective.

Claire Oh is a freshman at Duke from Seoul, Korea. She is studying political science and philosophy.