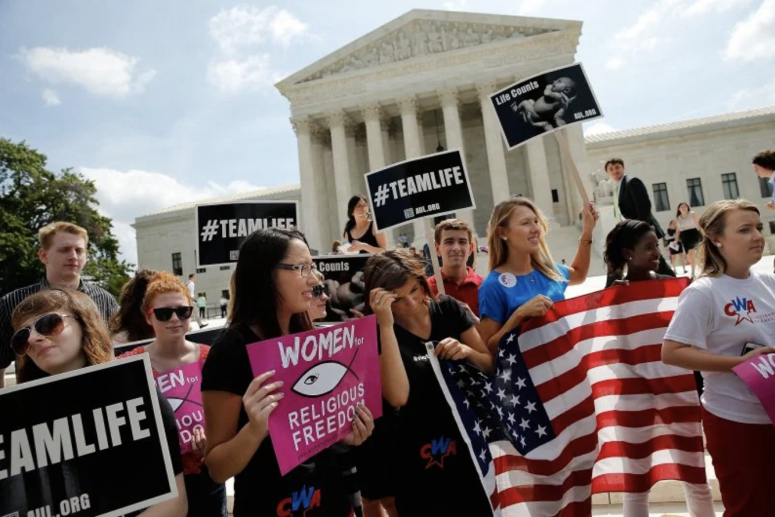 On October 4th, 2019, the Supreme Court of the United States agreed to hear the pivotal civil cases June Medical Services v. Gee and its accompanying Gee v. June Medical Services within the next few months. Over 45 years after abortion was legalized, this civil rights issue could be revisited as the upcoming litigation battle and subsequent decision will determine the accessibility and legality of abortions for years to come. The main point of contention in this upcoming landmark case is the Louisiana Unsafe Abortion Protection Act (La. HB 388), which is a law that aims to “provide for the requirements of physicians who perform abortions.”

This Louisiana law, which is at the heart of this case, has a complicated history. Originally passed in 2014, the law essentially states that abortion providers must have the ability to admit patients at hospitals that are within a 30-mile distance from where the abortion occurs. Even though the US Court of Appeals for the conservative Fifth Circuit upheld this law in February, the Supreme Court granted a temporary stay. This means that the statue will not go into effect as the justices consider June Medical Services v. Gee. The restrictive nature of this law is evident in the fact that since this law’s passing, only two doctors have been able to get the special designation.

One thing to note about this law is that it is identical to another anti-abortion Texas law passed in 2013 and subsequently invalidated in 2016. For reference, Texas HB 2 also had a proximity provision of 30 miles for admitting privileges. Likewise, there was also a Supreme Court case, Whole Woman’s Health v. Hellerstedt, in order to decide the case. The main point of contention was whether or not this bill posed a substantial burden for women seeking abortions and what exactly the scope of substantial burden was. By a decision of five to three, the court ruled that the main elements of HB 2 “do not confer medical benefits that are sufficient to justify the burdens they impose on women seeking to exercise their constitutional right to an abortion.” This means that the abortion restriction did not actually advance its stated purpose of promoting women’s health and safety. As a result, the ruling was overturned and this law was deemed unconstitutional.

Even though Whole Woman’s Health v. Hellerstedt resulted in a pro-abortion ruling for a nearly identical law to La. HB 388, the state of Louisiana is now requesting that the Supreme Court decrease the scope of the 2016 decision. In other words, Louisiana is now asking the Court to limit its previously expressed ideals that a law of this nature should actually serve a health benefit and not burden a woman’s ability to get an abortion. Instead, Louisiana wants the Court to agree that the regulations are legitimate so long as the legislators just think that it serves a valid purpose.

On the other hand, the plaintiffs want the court to echo its 2016 decision. They plan to argue that this law does in fact impose an undue burden on women seeking an abortion. Additionally, they plan to challenge another Louisiana petition to the Court seeking to prohibit doctors and clinics from battling abortion restrictions. Overall, the plaintiffs are aiming to protect themselves from further disenfranchising thousands, if not millions, of women.

On October 18th, the US Court of Appeals for the Fifth Circuit rejected the state of Louisiana’s writ of mandamus, which was essentially a last-ditch attempt to delay the litigation process. Now, this case will be on the Supreme Court’s plate early next year.

Although this case may not necessarily overturn the monumental Roe v. Wade, it will likely set a precedent for the future of abortion rights and let the American public know what our acclaimed justices think of women’s rights. On that note, this decision will also test the views on abortion of two recently appointed justices: Neil Gorsuch and Brett Kavanaugh. The restrictive nature of La. HB 388 is evident since only two doctors have been able to receive the designation to perform abortions in Louisiana thus far. One doctor even said that if this bill was upheld, he would retire. Therefore, if the Supreme Court confirms the decision, there would likely be only one doctor and one clinic to perform all of the abortions within the state of Louisiana. As a result, with this decision, “abortion could be regulated out of existence.” This contentious debate will also let us know how our justices prioritize political polarization pressure over clear legal justifications.

Ganesh Pentapalli is a Sophomore from Moorestown, NJ studying Mathematics and Literature.