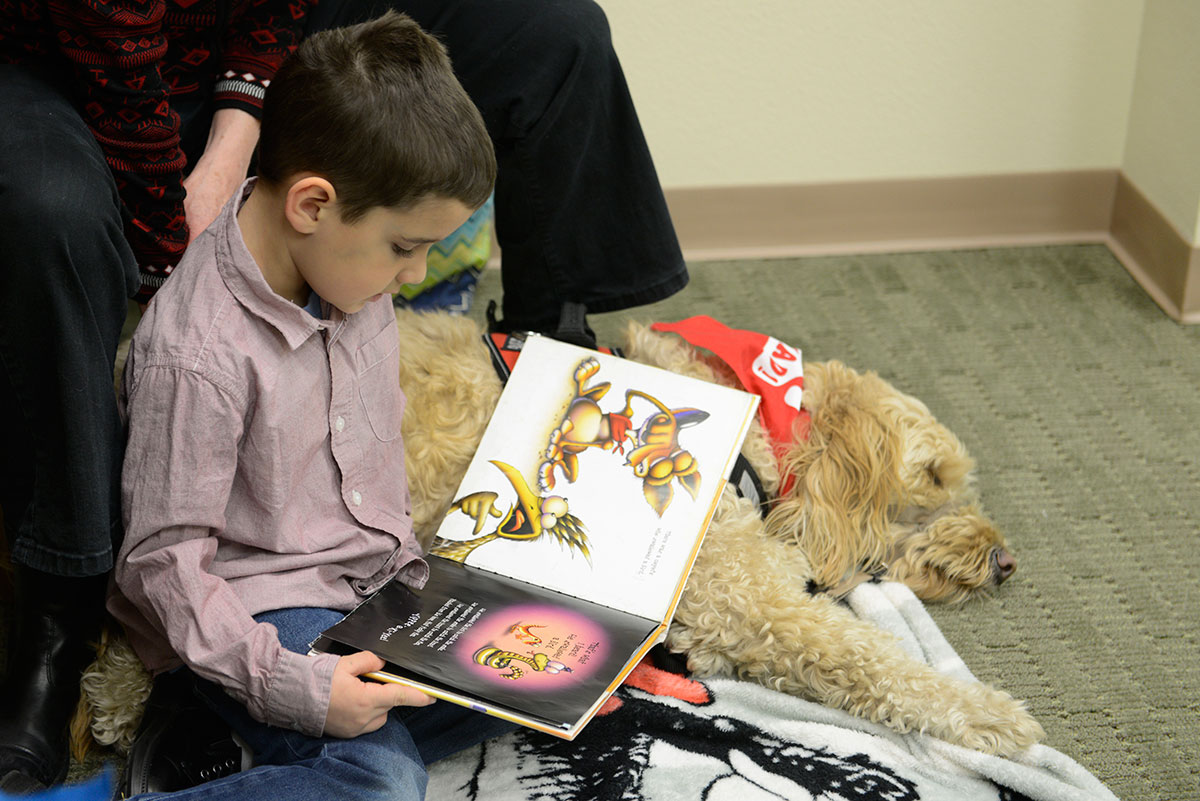 Summary: Although the 2013 case People v. Tohom explicitly determined that courthouse dogs are constitutional, the debate over whether or not the court was justified in prioritizing witness’ rights continues.

From their beginnings with New York City attorneys in the 1980s, courthouse dogs have become a contentious and sensitive issue. Initially used to comfort abused children during interviews with prosecutors and therapists, courthouse dogs are now being proposed as a nationwide method of accommodating child witnesses inside the courtroom, not just outside of it. Although the 2013 case People v. Tohom explicitly determined that courthouse dogs are constitutional, the debate over whether or not the court was justified in prioritizing witness rights continues.

Those who oppose the decision argue that courthouse dogs are especially problematic for defendants. By prejudicing the jury, courthouse dogs jeopardize a defendant’s right to a fair trial. When judges allow courthouse dogs to be present, for example, they communicate to the jury that the comfort of the animal is required precisely because trauma has occurred. The dog serves as a confirmation of the defendant’s guilt, and the jury presupposes what they are supposed to decide on in the first place. Jurors may also find themselves sympathizing more with the witness; swayed by the presence of an animal, or perhaps reminded of their own pets, jurors would subconsciously side with the witness. Courthouse dogs, then, provide another mechanism for attorneys to rely on emotion, not fact. Abuse cases may already evoke emotion in the jury, and the presence of courthouse dogs only exacerbates this.

Courthouse dogs can also violate the defendant’s rights under the 6th Amendment. The Confrontation Clause of the 6th Amendment guarantees defendants the right to “effective confrontation” through “meaningful cross-examination.” Courthouse dogs by nature limit cross-examination because they perceive and alleviate stress regardless of its cause. A witness who is stressed by lying is comforted just the same as a witness who is stressed by recalling her trauma. Unintentionally, the dogs provide a buffer between the potentially untruthful witness and the cross-examiner. They protect witnesses who do not necessarily warrant protection, enabling them to better recall coached testimony or withstand a cross-examination that would otherwise expose dishonesty. In this sense, courthouse dogs deprive defense attorneys of the chance to attack the child witnesses’ credibility. Additionally, because defense attorneys cannot cross-examine the dog, they cannot explain or show the jury why the child may be upset. The combination of miscommunication and bias makes courthouse dogs especially problematic for defendants.

As pressing as these concerns may seem, the court is equipped to address them without banning courthouse dogs altogether. While it may be difficult, for example, for defense attorneys to communicate the details behind what a dog is intended to do, it is less difficult for a judge. Extensive jury instruction from the judge could explicitly communicate to the jury that causes of emotional distress are not necessarily benign. The judge could similarly warn the jury against presupposing innocence, guilt, or credibility. Finally, if seeing the dog prejudices jurors, judges can simply hide the dog. In one Indiana case, the dog lay in the witness box near the witness’ feet, hidden from the jury for the entirety of the trial. Adapting an “out-of-sight, out-of-mind” approach with courthouse dogs preserves the benefits to the child witness while minimizing the harms to the defendant.

In fact, preserving the benefits to child witnesses should remain the court’s top priority, as the very existence of an abuse trial depends on the presence of the child witness. In abuse cases, the victim is often the main, if not the only, witness. The absence of victim participation, then, results in the absence of the case. Courthouse dogs may limit effective cross-examination, but they ultimately enable prosecution – as many witnesses would either refuse to appear in court or be physically unable to without the dogs. In one case, a golden retriever named Rosie helped a fifteen-year-old sexual assault victim speak about her experience during therapy and later, during testimony. And in another, a witness agreed to appear in court specifically because of the dog.

While the potential for courthouse dogs to limit defendants’ rights still exists, the alternative is too harmful to accept. Sanctioning an environment in which witnesses can be intimidated and effectively bullied out of testifying would set a dangerous precedent not only for child witnesses but all witnesses. Courthouse dogs limit the trauma child witnesses face in court, allowing them to freely tell their stories and assist in effective prosecution. The extent, then, to which legalizing courthouse dog programs prioritizes child abuse victims’ rights is necessary. The vulnerability of children and the fragility of acquiring crucial testimony demands it.

Isadora Toledo is a freshman from Buffalo, New York planning to pursue a major in public policy and a minor in education.