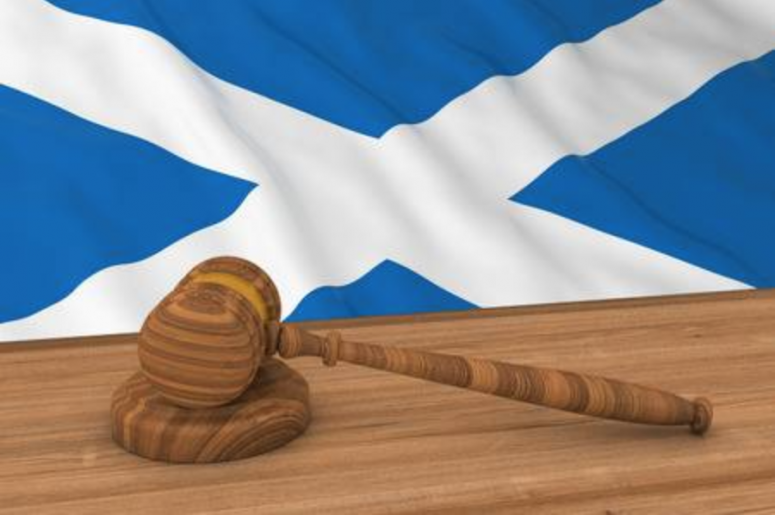 If you ever find yourself in a Scottish court, you may be surprised to find that each trial can end one of three ways, instead of the traditional two-verdict system found in most courts around the world. In Scottish courts, there are three verdicts that can be called at the end of a trial: guilty, not guilty, and not proven. While there is no official definition of “not proven,” it is used instead of not guilty in cases where the jury cannot find enough evidence beyond a reasonable doubt to convict or acquit. The verdict of “not proven” comes from a historical Scottish criminal law practice in which the jury decided if each factual issue was adequately “proven” or “not proven.” Based on the jury’s findings, the judge would then determine if the proven facts were sufficient evidence to convict the defendant guilty of the criminal charge. In the 1700s, court dynamics shifted and juries began to decide if the defendant was guilty or not guilty, depending on if they were convinced by the evidence beyond a reasonable doubt. However, the option to return the verdict “not proven” was never withdrawn in Scotland and as a result still remains an option in Scottish courts today.

Nowadays, the verdict of “not proven” is associated with a “’second class acquittal” in instances where the jury clearly doesn’t view the defendant as innocent, but cannot convict him or her with confidence. Further, there are no legal consequences for a conviction of “not proven” as compared to “not guilty.” However, when a juror votes “not proven,” their vote goes towards an acquittal, giving the verdict of not proven identical legal effects to that of “not guilty”.

The result of this mirroring legal effect has made it much more difficult to get convictions in certain trials, especially rape trials. In one particular case this past October, a woman by the pseudonym Miss M sued her rapist after he was acquitted under the verdict of “not proven” in criminal court for rape. Miss M’s civil action case acted as a turning point in Scottish rape cases, as often the verdict of “not proven” is found when rape is taken to trial and rape victims are left without justice against their offenders. Rape trials are unique in that the majority of evidence is known as “he said, she said,” and often it can be difficult for the jury to decide who they believe and who’s story sounds more accurate. Scotland’s third verdict of “not proven” allows juries to come to a safer conclusion without making rash judgements on either side and assuming a defendant’s innocence or guilt. However, this verdict often leaves victims unresolved and in the same place they started.

Miss M’s civil action suit is significant because it marks the first instance in Scottish legal history in which a defendant is sued after being acquitted in a criminal trial. Many more women seem to be following suit in the trend of suing their perpetrators after their acquittal in Scottish courts. Miss M subsequently launched a campaign that seeks to end the verdict of “not proven” in Scottish courts. Her campaign is fueled by the fact that rape has the lowest conviction rate of any crime in Scotland at only 39 percent. Furthermore, almost 30 percent of acquittals are “not proven” in rape trials whereas only 17 percent of acquittals are “not proven” for all other crimes and offenses. Miss M argues that there is no reason to have the “not proven” verdict because it has the same impact as “not guilty” and produces the same, distressing effect on a victim whose perpetrator is declared “not proven.” One of her primary concerns is that the verdict of “not proven” provides an easy way out for juries to avoid a tough decision in rape cases, where there is so much doubt. The campaign claims that the verdict of “not proven” and juries’ usage of it “contributes to guilty people walking free,” and should be abolished.

However, there are some who advocate the positive aspects of “not proven,” including the Justice Committee of the Scottish Parliament’s claim that it acts as a safeguard against wrongful convictions. If “not proven” is taken away as an option, juries may be quicker to judge whether a defendant is guilty or not guilty, even if there is not enough evidence to determine either way. Additionally, supporters of the three-verdict system argue that the verdict of “not proven” brings nuance to the courts and ensures that convictions are backed with confidence and adequate evidence.. While some victims find the three-verdict system pointless, leading to less convictions, others take comfort in the verdict of “not proven” since it can produce more satisfaction for a victim than calling their perpetrator “not guilty.” However, as shown by Miss M, sometimes a verdict of “not proven” is not enough to get the satisfaction that comes with a guilty verdict.

Advocates for the third verdict are far outnumbered by critics, and there are more efforts than just Miss M’s campaign that aim to abolish the verdict of “not proven.” The Scottish government conducted a consultation which surveyed people on their thoughts about Scotland’s third verdict. The majority of respondents indicated that they would like to see the “not proven” verdict abolished based on three main reasons, the  first being that the existence of “not proven” confuses juries and there is inadequate explanation of the verdict’s implications beyond acquittal. Further, since it holds the same legal implications as “not guilty,” respondents view “not proven” as unnecessary. Secondly, the not proven verdict is “incompatible with the presumption of innocence.” Respondents believe that it is incomplete of the legal system to release a defendant with lingering doubts over their innocence, and that rather, the court’s duty is to decide whether a person is innocent or guilty. The last main reason that respondents want the abolishment of the third verdict is because it strips the justice system of some of its credibility. Some emphasize that the concept of not proven should be taken into consideration when deciding on a verdict, but shouldn’t be an option for a verdict.

With all of the controversy surrounding the third-verdict system in Scottish courts, it is possible that the Scottish government will reconsider the structure of their court system. While the three-verdict system keeps an aspect of Scottish legal history alive in criminal courts, it puts certain victims at a disadvantage in their cases and victims are left feeling unsatisfied and untrusting of the justice system. While the three-verdict system is an interesting differentiation from the traditional court structure, its repercussions can at times cause more harm than good, suggesting that it may be time for a shift in structure.