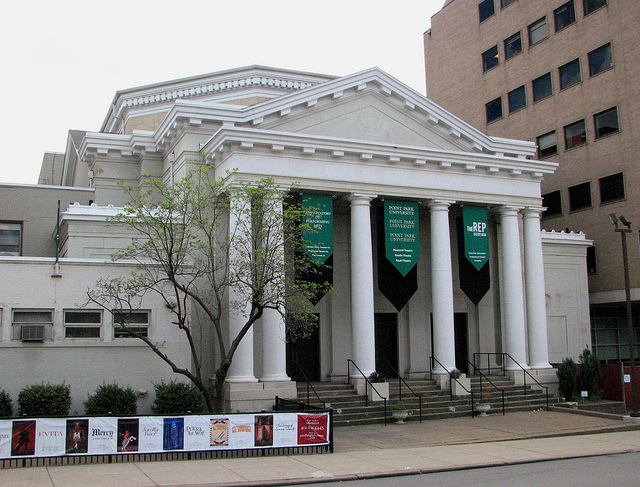 Pittsburgh. Kroger. Package bombs. Over the past two weeks, the United States has been recovering from three different attacks. As the perpetrators of each face charges, the question of motivation for these hate-fueled attacks is being brought up across the nation.

For the courts, the question of what constitutes a hate crime is an especially important one. Amid efforts to reform hate crime statutes, the Department of Justice released a new hate crimes website to provide resources for law enforcement agencies. Although the Department has “increased training of federal, state, and local law enforcement officers to ensure that hate crimes are identified and prosecuted to the fullest extent possible,” a report from California State University, San Bernardino, indicates that the number of hate crimes across the nation continues to rise.

These studies only tell half of the story. A majority of hate crimes that were committed between 2011 and 2015 went unreported. Deputy U.S. Attorney General Rod Rosenstein seeks to collect more information on how hate crimes are reported and related arrests, but as lawmakers in Maryland and Kentucky seek to further reform hate crime statutes, the true numbers may be even higher.

Hate Crimes in the United States: A Review

Hate crimes, also referred to as bias-motivated crimes, are acts in which the victim is specifically targeted by the perpetrator due to the victim’s race, religion, disability, sexual orientation, gender, nationality, employment, or political affiliation, although different jurisdictions may include certain groups and not others from their hate crime laws.  The 1969 Hate Crimes Law addresses hate speech targeting one’s “race,  color, religion, [and] national origin,” but only for intimidation from voting, acquiring employment, and other federally-protected activities.  In the federal court system, criminal acts which have an added dimension of hate manifest as penalty-enhancement upon the original criminal act.

However, the relationship between hate speech and free speech rights guaranteed under the First Amendment has been a highly debated one. In Wisconsin v. Mitchell, the Supreme Court concluded that penalty-enhancement based on hate does not violate either the First or  Fourteenth Amendment.

In 2007, the Matthew Shepard and James Byrd Jr. Hate Crimes Prevention Act, better known as the Matthew Shepard Act expanded federal protections to include gender, sexual orientation, gender identity, and disability for any violent act. Additionally, the law included acts in which the perceived characteristics of the victim differed from the victim’s actual identity.  Given the increasing amount of attacks on Sikhs, who are often mistaken for Muslims.

In contrast, state laws are much more diverse in the protections that they offer. Forty-five states and the District of Columbia have protections that cover the same biases as the three federal ones, with a majority covering disability, sexual orientation, and gender. Several also cover age, transgender identity, and political affiliation. Five states—Arkansas, Georgia, Indiana, South Carolina, and Wyoming—offer no such protection. (A more detailed survey of state-by-state protections can be found here.)

Twenty-seven states, the District of Columbia, and the federal government also contain laws that mandate data collection on hate crimes. At the federal level, these laws gave this task to the FBI, and in the Campus Hate Crimes Right to Know Act of 1997, universities were required to collect and report data on hate crimes.

Currently, Kentucky and Maryland are proposing changes to their current hate crime protections. After a thirty-five percent increase in hate-crime reports, Maryland is currently proposing increased hate-crime protections regarding cyberbullying motivated by animus towards one’s faith or race.  Earlier this year, Governor Larry Hogan signed into law new protections that included acts that did not have specific victims, such as the hanging of a noose at Crofton Middle School, located in Anne Arundel County.

In Kentucky, where Gregory A. Bush, a white man, shot and killed two African-Americans at a grocery store on October 24 in Jeffersontown, State Representative Jason Nemes introduced a bill to expand Kentucky’s hate crime laws to include hate-motivated murder. Jeffersontown Mayor Bill Dieruf stated that such crimes “will not be accepted in Jeffersontown,” and that this legislation will affirm this through the state’s laws.

Indiana, where the Congregation Shaarey Tefilla Synagogue in Carmel was vandalized with anti-Semitic and Nazi graffiti, remains one of the five states that lack hate crime protection. Despite calls from Indiana Governor Eric Holcomb to “be clear that our state stands with the victims,” partisan disagreement over who should be protected has largely halted these efforts, especially the debate over LGBT protections.

Although many oppose such legislation due to a 2003 state court ruling that allowed state prosecutors to factor hate and bias into their sentencing, the nationwide increase in hate crimes suggests that this problem may need more attention outside of the courts as well. In Indiana, many law enforcement organizations do not submit hate crime data, so the 78 hate crimes reported in 2017 is likely underestimating the true number.

As many hate crimes continue to go unreported, we are only discovering how much we do not know about hate crimes in America. With increased protections and data collection becoming more common because of these laws, the growing attention and focus on hate crimes continue to shed new light on crimes motivated by hate and bias. Given the historic marginalization faced by the groups facing hate crimes, these laws have an important place in the American legal system, now more than ever.

Thomas Huck is a freshman in Trinity College from Berwyn, Pennsylvania, and is planning to pursue majors in Political Science and Economics.