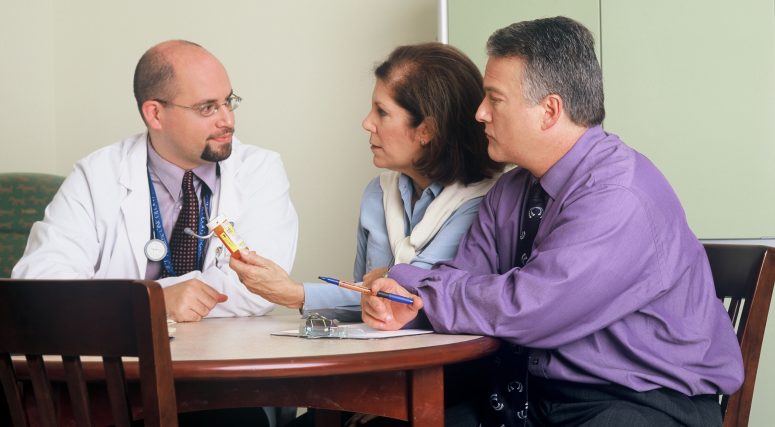 Summary: There is often controversy over who knows best for a child needing medical attention. It is important to review current law and ethical practices and understand their implications on minor patient care.

Decision making in healthcare often diverges when it comes to adults and children. When dealing with children, there is usually a “three-way relationship among the minor patient, the patient’s parents (or guardian), and the physician.” Although minors are considered to not have the capacity to make healthcare decisions on their own, the American Medical Association (AMA), encourages physicians to “engage minor patients in making decisions about their own care to the greatest extent possible.” When this aforementioned “extent” is reached, and concrete medical decisions must be made, it is required under the law to obtain consent from a parent or guardian.

Legally, minors need parental consent for non-emergent care. Outlined in the Emergency Medical Treatment and Active Labor Act (EMTALA), if an emergent medical condition (EMC) is not identified, “EMTALA regulations no longer apply, and the physician or health care professional generally should seek proper consent before further (non-emergent) care is provided.”  In competent adults, however, their reasoning for informed consent or refusal of medical care often goes unquestioned, even if their decision is not in their own best interest or goes against family views. In fact, it is deemed unethical to pressure or attempt to persuade a patient into making a medical decision. According to the AMA Principles of Medical Ethics, the patient should make an “independent, voluntary decision.”

Pediatric care has run into many legal and ethical implications. Sometimes there is dissonance between parent and physician, causing tension over what each party thinks is in the child’s “best interest.” Although informed consent is required in most instances for medical screening and procedures, hospital authorities have the right to call Child Protective Services (CPS) when they believe that the parents of a patient are committing medical neglect or medical abuse of their children. The intention of CPS is to provide “protection for children who are at risk of, or are experiencing physical, sexual, or emotional abuse, or emotional or physical neglect.” Built on pillars of community, support, and permanency, the CPS as a whole attempts to protect the well-being of children.

Unfortunately, there are many instances where CPS and doctors work together by using their power and authority to manipulate and pressure patients and their families into making unwanted medical decisions. In extreme cases, their involvement can mean the separation of parent and child over a disagreement in a medical course of action.

In 2011, Justina Pelletier was diagnosed with a mitochondrial disease at Tufts Medical Center in Boston, Massachusetts. Justina also suffers from postural orthostatic tachycardia syndrome. In 2013, her mother took her to Boston Children’s Hospital to address flu-like symptoms. Doctors at Boston Children’s Hospital rejected her previous diagnosis and claimed that her illnesses were due to a psychiatric disorder called somatoform disorder — a disorder where a patient experiences physical ailments that do not derive from a medical or neurological condition. Taken from the neurology ward and brought to the psychiatric ward, Justina endured 16 months of physical and mental abuse. Previously able to figure skate, Justina was confined to a wheelchair after the psychiatric ward took her off her medications.

When Justina’s parents tried to discharge her from Boston Children’s Hospital, authorities called CPS, and her parents were subsequently charged with medical abuse of their daughter. In a 16 month fight for the custody of their child, Justina was finally released back to them on June 18, 2016.

The Nikolayev family is another example of a family who encountered CPS after dissenting with a practitioner’s course of action. Sammy Nikolayev was born with holes in his heart. Until he was mature enough to undergo repairs through surgery, he stayed under the care of doctors who prescribed him daily medications. At five months old, his parents brought him into the hospital with severe flu symptoms. In response to Sammy’s “failure to thrive,” the doctors there recommended immediate surgery. Anna and Alex Nikolayev, Sammy’s parents, decided to take him to another hospital for a second opinion. There they were told that Sammy could be cared for at home and advised to see their pediatrician. When they returned, Sammy’s parents were met with CPS and armed officers. The first hospital they visited called CPS, ultimately causing the parents to have their child forcibly taken from them and charged with medical neglect.

Catching the public eye, the seizure of Sammy was caught on tape with an officer recorded as having said: “I’m going to grab your baby and don’t resist and don’t fight me, okay?”

Most people can come to the consensus that pediatric healthcare, and healthcare in general, should be centered around what is best for the patient. The legal divide arises when deciding who should get the final say. Because of the sometimes ambiguous and subjective nature of how patient, parent, and physician interaction should be handled, many medical cases have turned into legal cases. With children being ripped from the arms of their family and improperly diagnosed teens being sent to psych wards, the medical field needs to approach each case with a more holistic approach and respect the not only the will of the parents but the law. Manipulating parents or overzealously calling CPS does more harm than good for both the child and the family.

There are many factors that a parent has to consider when deciding to proceed with a medical procedure. Weighing the benefits against the consequences is one of them. Additionally, factors that also play a critical role in their decision making that a doctor would not necessarily consider include: “financial, relational, and emotional consequences for the rest of the family. [Ranging] from events as serious as the loss of a child to physical and emotional side effects of the treatment, to the financial cost of providing treatment, to the emotional and material burden of caring for a child during and after treatment.” Though emotions can jade a person’s perspective, parents are generally in the best position to have the knowledge of their child’s current/future desires with regards to treatment. Although there should be some limitations to parental decision making for the healthcare of a minor, medical practitioners should provide factual and unbiased information to the parents, with the ultimate goal of treating the patient to the best of their abilities and fulfilling the child’s desires.

Isabella Caracta is a freshman from Piscataway, New Jersey, intending to major in Psychology and Global Health.