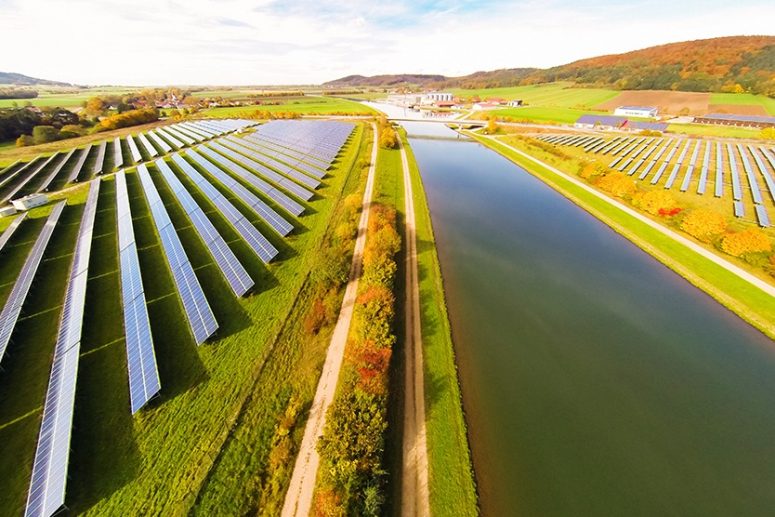 On May 11, 2011, German Chancellor Angela Merkel announced that Germany would be phasing out all nuclear energy and shutting down all seventeen of Germany’s nuclear power stations by 2022. This monumental and groundbreaking decision put Germany in the spotlight and called attention to Germany’s overarching emphasis on environmental policies. Throughout history, Germany has proven to be one of the most environmentally friendly, if not the most environmentally friendly, countries in the world both through their policies and their citizens’ commitment to sustainability.

In 1999, Germany introduced the eco-tax, a three-stage reform plan that attempts to reduce fossil fuel consumption. The first stage, implemented in 1999, put a tax on gasoline, heating fuel, natural gas, and electricity. The second stage was implemented from 2000 t o2003, and increased taxes that were instituted during the first stage. The third stage maintains the 2003 period tax levels, however requires the government to continue comprehensive studies, evaluating the effectiveness of these taxes.

The implications of this tax require that the federal finance ministry reports on their penetration of biofuels as well as the price developments of biomass, crude oil, and automobile fuels every two years. This requirement ensures that all prices are transparent to the public. Another implication of these taxes are the increased prices of fossil fuels, which have led to competition in the renewable energy technology field. These increased taxes have actually incentivized companies to create more environmentally friendly energy sources and to do so in the most efficient way possible.

The Cogeneration Act, also known as the Heat-Power Cogeneration act, was adopted in 2002 in an effort to shift 25 percent of Germany’s power supply to come from cogeneration units by 2020, which combine heat and power to generate electricity and usable heat, simultaneously. By establishing this act, Germany plans to increase their power and heat efficiency through paying bonuses for each kilowatt-hour of power produced by a cogeneration unit. The only major requirement for receiving these bonuses is that the cogeneration unit must effectively reduce at least ten percent of primary energy consumption, while also accounting for the energy lost from primary energy consumption. The Cogeneration Act was updated in 2017 with two major revisions: the bonus was increased from 5.41 euro cents to 8 euro cents and the time frame for the act was changed from 10 years to 60,000 operating hours of cogeneration energy.

The Energy Conservation Act sets up the legal framework for promoting energy transition in the building sector. Its purpose is to implement the German Federal Government’s decisions about energy and the act is based on overall European guidelines. The act’s last amendment, enacted in 2013, specifically provides the legal basis for the Energy Conservation Ordinance. It also introduces an energy standard requirement to new buildings which involves reducing their energy consumption to nearly zero, coined as a “nearly zero-energy building.” This is done by having the building generate just as much energy as it consumes within a year.

The Energy Conservation Ordinance was introduced in 2014 and has several key amendments that create a framework for the energy of buildings. One of the key amendments included in the ordinance is a higher efficiency standard applied to new buildings built from January 1st onward. This standard requires an approximate 25 percent reduction of energy consumption per building and 20 percent reduction of heat transfer loss. Another amendment included is the obligation to disclose important energy information and figures, when advertising real estate. The ordinance also includes an amendment clarifying and enforcing the obligation to present an energy performance certificate either to potential buyers and tenants when evaluating real estate or to the public in buildings that are frequently visited by the public. These amendments work in effort to increase transparency in the energy system and encourage “good” performance ratings to display.

The Ecodesign Directive is a European directive set in 2005 that states minimum requirements for creating environmentally friendly and ecologically considerate product designs. It has been utilized by Germany often, in order to aid the sustainability of design in Germany and  drive the competition in the eco-design field. At its height of success, the Ecodesign Directive can strengthen and stimulate the market so that it is filled with environmentally friendly and sound products, while furthering incentivizing sustainable designs.

There are many other laws and policies, such as the Renewable Energies Heat Act, that act as important players in German environmental policy, aside from those described above.

Germany’s current state of environmental superiority is a testament to the real environmental improvement that may occur when all of these laws, acts, ordinances, and other regulations work in conjunction and are followed by the German people. German environmental policies can, and should, act as a guideline for other countries to follow in suit when trying to increase sustainability and decrease harmful emissions, such as fossil fuels. Additionally, it is the effort and the devotion of the German people towards the environmental cause that puts Germany’s commitment to the sustainability above and beyond all others.