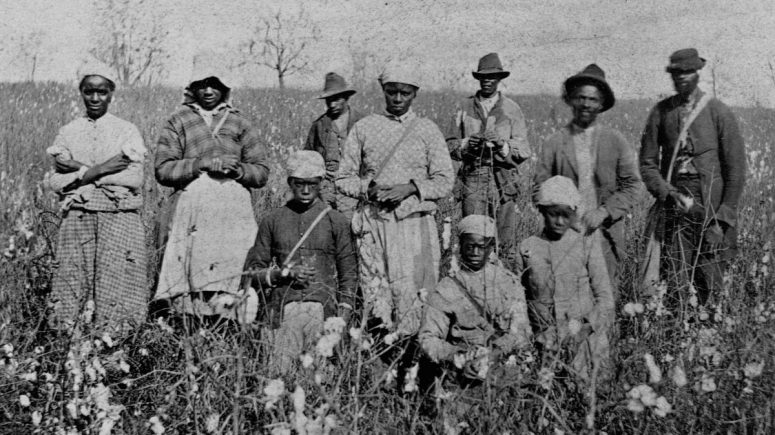 A hundred and fifty years after the end of the Civil War, the legality of slavery is still up for debate. Though the U.S. Constitution was amended to prohibit the existence of both slavery and involuntary servitude in the U.S., it left a very large loophole for people who are convicted of crimes – a loophole that affects 2.3 million Americans today.

The 13th Amendment, ratified in 1865, states “Neither slavery nor involuntary servitude, except as a punishment for crime whereof the party shall have been duly convicted, shall exist within the United States, or any place subject to their jurisdiction.” This sharp exception makes it clear that incarcerated persons don’t have constitutional rights under the 13th Amendment – they can be compelled to work for as little as $1 an hour.

This form of coerced prison labor has its roots in one of the most exploitative labor systems known in American history – the convict lease system. Effectively, states who claimed they were too poor to maintain state convicts within prison walls were allowed to contract their prisoners out to private businesses, planters, and industrialists. Leasing businesses cut down on labor costs; prisons received a handsome profit, and prisoners are forcibly exploited under abusive conditions.

Though convict leasing was formally abolished by President Franklin D. Roosevelt in 1941, its impacts still linger in prison labor programs today. Because of the 13th Amendment’s exclusion, incarcerated persons still lack a constitutional right to be free of forced servitude. Thus, private prisons in states such as Texas, California, Colorado, North Carolina, Arizona, and Oklahoma are legally allowed to capitalize on using coerced prison labor as a way to minimize costs and maximize profits for its shareholders. In fact, prisoners can be forced to work under threat of punishment, such as solitary confinement and revocation of family visitation rights.

Though prison labor has often been touted as an important part of the rehabilitation process due to its potential to cultivate self-esteem, self-worth, and technical skills, the current justice system that makes prisoners incredibly vulnerable to workplace exploitation is troubling. It’s one that is riddled with racial oppression, as African Americans are incarcerated at five times the rate of Caucasians. It’s one in which private businesses systemically take advantage of disenfranchised, vulnerable workers who lack constitutional protections. It’s one that perpetuates the long-lasting consequences that minorities face, long after their sentences have ended.

The 13th Amendment’s exclusion still exists on the federal and state level today. Several states who mirrored the Constitution, such as Colorado, North Carolina, Tennessee, and Wisconsin, legally allow for the usage of slavery and involuntary labor against incarcerated people. Despite this exception, decades of civil rights and prison activism have attempted to improve working and pay conditions for coerced prison laborers. In 2016, 20,000 inmates across 24 prisons in 12 states protested the unfair use of prison labor, poor wages, and unsatisfactory living conditions. Most recently, inmates held sit-ins and staged strikes in 17 states to protest the existence of “modern slavery.”

It’s important to remember that breaking the law doesn’t make these prisoners any less human; though they have forfeited certain rights and privileges that include their freedom, they still retain many others that have been carefully explained in the Bill of Rights and elsewhere. Slavery is more than just the removal of freedom – it’s the denial of the prisoner’s humanity. The exception that has been carved out of the 13th Amendment allows for the continued exploitation and dehumanization of incarcerated workers, creating a modern form of slavery — still tied closely to race — that should’ve been explicitly outlawed decades ago.