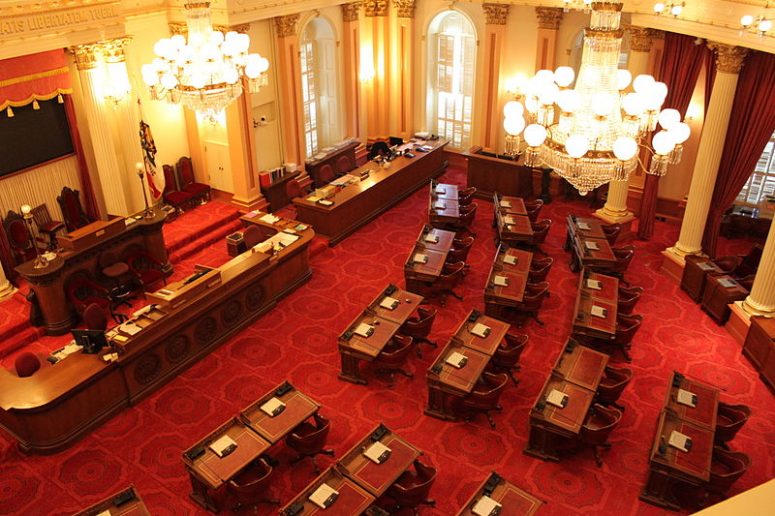 It is a little-known fact that the American constitution fails to guarantee its citizens the right to bail; however, the Eighth Amendment prohibits excessive bail charges. The Bail Reform Act of 1966 affords people charged with non-capital offenses a statutory right to be released, pending trial, based on personal recognizance or personal bond. This act provided people with a statutory right where a constitutional right is lacking.

Contrarily, bail systems vary from state to state and can be highly discriminatory against certain racial and socioeconomic groups (particularly African American and Latino minorities). Judges are afforded great discretion as to when a defendant is detained, whether or not bail will be set, and the price of bail. Because inherent prejudices can arise from the current bail systems, there has been a resurgence of activism promoting bail reform.

In California Governor Edmund G. Brown Jr’s 1979 State address, he stated: “Thousands and thousands of people languish in the jails of this state even though they have been convicted of no crime. Their only crime is that they cannot make the bail that our present law requires.” The legislature took no action.

Organizations such as the American Civil Liberties Union (ACLU), Color of Change, and JustLeadership USA have fought for years in hopes of seeing a tangible difference in US Legislation on bail systems. In recent events, California has followed the lead of its predecessors, New Jersey and Alaska, in taking a step towards a new bail system.

Upon review of Kenneth Humphrey’s petition, the California Appellate Court found the state’s current bail system to be unconstitutional and began to take real action. On August 28th, 2018, California Governor Jerry Brown signed Senate Bill No. 10, the California Money Bill Act. Going into effect in October 2019, Senate Bill No. 10 will make California the first state to eliminate cash bail and replace it with a “risk assessment” and nonmonetary conditions of release. The bill also institutes Pretrial Assessment Services, which the bill defines as “an entity, division, or program that is assigned the responsibility to assess the risk level of persons charged with the commission of a crime, report the results of the risk determination to the court, and make recommendations for conditions of release of individuals pending adjudication of their criminal case.”

While the bill attempts to standardize the way in which defendants are detained or released pretrial, there are some important attributes that call into question how effective it will be in reducing discrimination in the bail sector of the criminal justice system.

The bill provides the prosecution with the ability to file a motion for a “preventative detention hearing,” which would “authorize the court to detain the defendant pending a preventive detention hearing.” This would greatly increase the amount of time a defendant would have to wait in jail. Organizations, such as the ACLU, who supported the original bill in 2016, now directly oppose it. In a statement released by the Executive Directors of the California ACLU Affiliates, they oppose the Senate Bill No. 10 because “it seeks to replace the current deeply-flawed system with an overly broad presumption of preventative detention. This falls short of critical bail reform goals and compromises our fundamental values of due process and racial justice.”

Though the bill moved out of the chamber with a 47-21 vote, some Democrats expressed dissatisfaction with changes in Senate Bill No. 10. They ultimately voted in favor of it because they said it was better than nothing. Democratic Assemblyman David Chiu said: “This might not go as far as people may want…But we need to do something.”

Although there is no empirical evidence on the efficacy of Senate Bill No. 10 as it comes into effect October 2019, New Jersey has had a successful year and a half with its new bail system. The New Jersey bail reform has been in effect since January 1, 2017. It shifts away from a monetary bail system to one that utilizes a risk assessment algorithm to determine the likelihood a defendant returns to court or is a harm to themselves or the community. It also ensures that if a person is held in jail pretrial, the trial will occur within a given time and does not exceed two years. By codifying a person’s right to a speedy trial, this bill will likely reduce the amount of unnecessary time a defendant sits in jail prior to trial. Ultimately, this new system reduces the inherent human bias that previously disadvantaged people who are targeted for racial and socioeconomic bias.

After its one year anniversary, New Jersey’s state judiciary reported on the achievement of its new bail system, successfully “slash[ing] the number of people charged with minor crimes locked up until trial because they couldn’t post bail by 20 percent.” Hopefully, California will be able to follow New Jersey’s lead, initiating a wave of positive reform in the United States.

Isabella Caracta is a freshman from Piscataway, New Jersey intending to major in Psychology and Global Health.