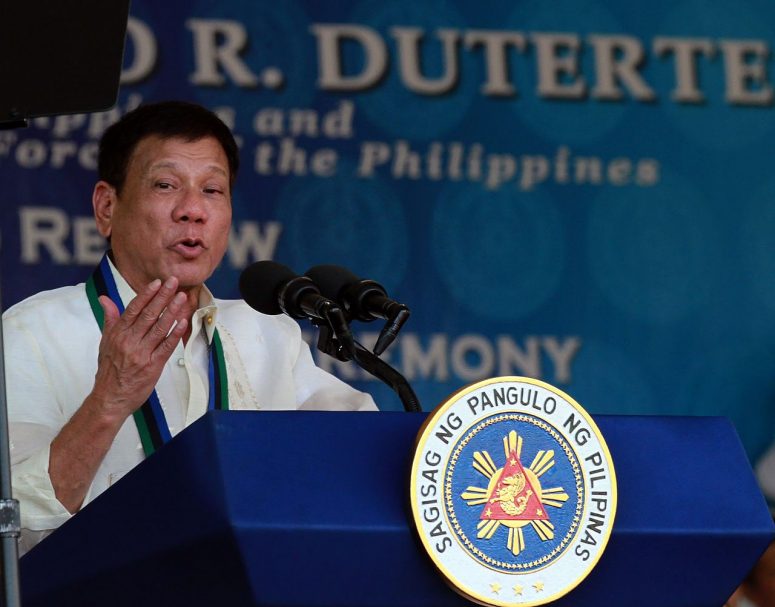 Summary: In the year and a half since Rodrigo Duterte became president of the Philippines, thousands of Filipinos have died as a result of his extreme anti-drug policies.

On June 30th 2016, Rodrigo Duterte assumed office as the 16th president of the Philippines.  He was elected by a landslide, with nearly twice the votes of the runner-up.  During his campaign, Duterte came under fire for everything from expletive-laden speeches in which he compared himself to Hitler to calling his own daughter a “drama queen” after she said she had been raped, yet it was his drug policy that drew the most attention.  In one speech, Duterte famously claimed, “There’s three million drug addicts.  I’d be happy to slaughter them.”

Even as mayor of Davao, Duterte was known for being tough on crime. He implemented armed civilian militias who were allowed to target anyone who posed a threat “to public order.”  The eradication of crime was a major cornerstone of Duterte’s presidential campaign, as he billed himself as the law and order candidate.

Death count estimates vary greatly, with some ranging as high as 13,000.  A series of high-profile deaths began to erode public confidence in Duterte.

In February 2017, a South Korean businessman was kidnapped and killed by the police, which led to Duterte temporarily suspending the anti-drug enforcement of the national police, but he later reversed this decision.

For the first year of his term, Duterte polled well with his constituents–but in August 2017 his popularity began to wane after police killed 96 people in Manila in what they called a “one-time, big time” crackdown.  In particular, the death of 17-year-old Kian Loyd delos Santos attracted national attention when surveillance footage contradicted police testimony that delos Santos had resisted arrest.

The bad publicity prompted Duterte to again pull the police force off of drug crackdowns.  He decided that the Philippine Drug Enforcement Agency would handle all cases moving forward.

Capital punishment was abolished in 2006, under President Gloria Macapagal Arroyo, but in March 2017, the Philippine House of Representatives passed House Bill 4727, which reinstated the death penalty for drug offenses. These extra-judicial killings also violate sections 1, 12, and 14 of the Philippine Bill of Rights, all of which deal with due process.

When the EU, the UN, and the US condemned the ‘War on Drugs,’ Duterte accused the West of hypocrisy.  Although Duterte’s actions violate several instances of international law, he has received little concrete pushback from the international community, in large part due to his threats that he would turn to China or Russia if the Philippines faced any economic sanctions or loss of international aid.

This new stance on the death penalty violates the UN’s International Covenant on Civil and Political Rights, which the Philippines signed and ratified.  Article 6 of the Covenant explicitly condemns the death penalty and goes on to state: “In countries which have not abolished the death penalty, sentence of death may be imposed only for the most serious crimes…”

The Filipino government released a statement immediately after the UN convened to discuss the drug war, claiming that there were no extra-judicial killings going on. “These are deaths arising from legitimate law enforcement operations or deaths that require further investigation following established rules of engagement by the country’s law enforcers.”

Duterte threatened to expel ambassadors from the European Union who he claimed were plotting to force the Philippines out of the UN, though he later walked back his comments after learning the group did not represent the EU in any official capacity.

UN human rights chief Zeid Ra’ad al-Hussein suggested that Duterte be investigated for murder, after the president said he had personally shot and killed three drug users when he was mayor.  In response, Duterte called al-Hussein an “idiot” and threatened to withdraw from the UN, the International Criminal Court, and the Enhanced Defense Cooperation Agreement with the US.

Through the EDCA, the US gained an advantageous military position in southeast Asia.  In return, the Philippines received humanitarian and military assistance.  Duterte’s threat of withdrawal accompanied a claim that he would rather buy arms from Russia and China.

US-Philippines relations have been rocky under Duterte.  President Obama canceled a trip to the Philippines to discuss the human rights situation there after Duterte disrespected him by degrading his daughter with a series of sexual expletives.  President Trump drew widespread criticism from human rights groups after he invited Duterte to the White House, although Duterte declined the invitation.  Trump will travel to the Philippines on November 12, as part of his tour of southeast Asia.

A presidential term in the Philippines lasts 6 years.  At 72, Duterte is already the oldest Philippine president ever.  The Philippine constitution limits presidents to one term only, but there is no way of knowing how many Filipinos will die before his successor takes office in 2022.