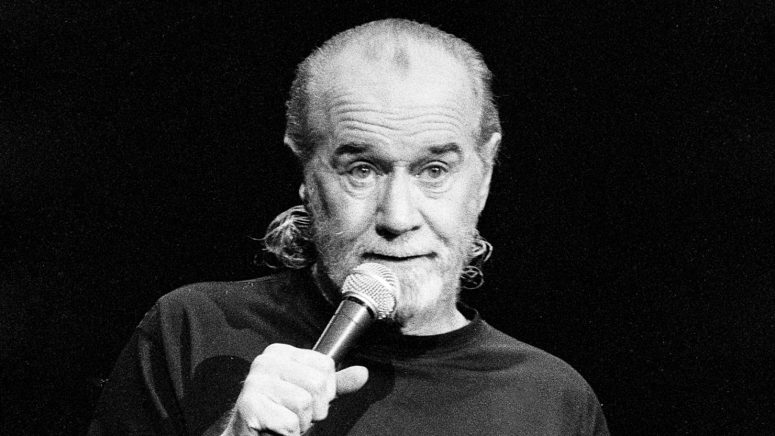 In an evolving sociopolitical climate, the law should further define “contemporary community standards” first prescribed in Roth v. United States. This article will employ the United States v. Pacifica Foundation decision for the purposes of scrutinizing the current Federal Communications Commission regulatory practices while still upholding First Amendment protections. Addressing the broadcasting of George Carlin’s “Filthy Words” monologue, Justice John Paul Stevens found that broadcasting speech which is “patently offensive” yet not necessarily obscene may be subject to restrictions and does not fall under First Amendment protections. Unlike obscenity, speech does not have to appeal to a prurient interest in order to be characterized as indecent. However, it is essential to recognize that the media market has evolved considerably since the Pacifica decision in 1978. One could now argue that what constituted indecent moral standards in 1978 are not considered indecent in 2017. In this advisement report, I recommend that we revisit what constitutes indecent and obscene moral standards and identify a series of ambiguities that require assessment.

The Commission previously classified Carlin’s monologue as not pertaining to political content. If the monologue had been found to address political content, that would warrant First Amendment protections. With an increasing likelihood that the line between apolitical and political commentary be indistinct, we must define the grounds by which we distinguish what is characterized as apolitical and political. Technological capabilities and the ability to filter what obscene or indecent television broadcasting children are exposed to should be analyzed. In 1978, traditional radio and network television were somewhat unavoidable. The administration must distinguish between the “unwilling listener” and the willing participant and determine whether new technological and market capabilities have made the concept of an “unwilling listener” obsolete.

In 1972, Marvin Miller, the owner of a mail order pornographic film and book business began a campaign to expand his viewer base by mailing obscene materials to California residents. Many of the recipients were unwilling to view the materials – prompting inquiry as to whether the sale and distribution of obscene materials by mail was protected by the guarantee of free speech cited in the First Amendment.

The Miller test outlines three means by which obscenity is not protected by the First Amendment. The third element, “whether the work, taken as a whole, lacks serious literary, artistic, political, or scientific value” could be problematic under the current political climate. For example, a radio broadcaster reading aloud the transcript that recounts President Trump’s lascivious commentary about women could be construed as violating the Miller test if not presented clearly as a tool for conveying one’s political thought. Just because speech is offensive does not give reason to suppress it. We must provide Constitutional protection for those who have discordant opinions – as it is these discordant opinions that expand the breadth of ideologies.

There are certain obscene, indecent, and profane forms of speech that the FCC should continue to regulate heavily. The exploitation of children and those who are disabled is always morally reprehensible. The Protection of Children Against Sexual Exploitation Act of 1977 prohibits any “interstate transportation, shipping, receipt, distribution, or reproduction of visual materials containing children engaged in sexually explicit acts.” The television or radio broadcasting of children engaged in sexual acts must follow this statute. If any minor engages in sexually explicit conduct with an adult, the adult will be held responsible for the act as the law views it as exploitation. Children are not deemed to be rational beings who are able to fully consent to sexual activity. This ideology translates to any form of broadcasting that includes such activities. According to the Ginsburg Court, the state derives its constitutional power to regulate the provision of offensive materials to youth based on the state’s respect for the right of the parents to raise their children the way they see fit and the state’s independent interest in the wellbeing of its youth. Therefore, the law should continue to view the use, employment, enticement, or coercion into partaking in pornography or any other form of sexually explicit broadcast that appeals to a “prurient interest” as one of these morally reprehensible activities. U.S. v. X-Citement Video, Inc. modified this definition to include the fact that the person who engages the child or adolescent in the sexual activity must have done so knowingly. Therefore, one can conclude  that all programming regulated by the FCC should not include the exploitation of those who do not possess the mental or physical maturity to consent;  this includes both children and those who are disabled. The law should also maintain rape and violence as morally reprehensible activities, as there is no community standard that justifies these actions. The United States v. Extreme Associates decision established that graphic and violent sexual acts such as gang rapes and serial murders are of a prurient interest and are concurrently morally unjustifiable. I advise that the administration continue to deem these acts of obscenity as excluded elements from First Amendment protections.

The “language that describes, in terms patently offensive as measured by contemporary community standards for the broadcast medium, sexual or excretory activities or organs” was determined to violate FCC provisions and not be subject to First Amendment protections. One element that needs reconsideration is whether or not “excretory functions” are still deemed morally reprehensible when in the form of speech rather than visual content. We must also reconsider invoking sanctions based on the time of the day that the broadcast is aired. One of the primary complaints that the FCC lodged regarding the Carlin broadcast was the time in which it aired—the early afternoon—when children are part of the audience. If the broadcast had aired at a time in which an older cohort primarily listened to the monologue, then the FCC would not necessarily have found it to be problematic. In order to evaluate whether the community standard has changed since the 1978 ruling, the law should consider that there are indecent images and signs that are not transmitted through broadcasts. These indecent images and words are often exposed to children through alternate mediums of communication such as increased dialogue and visual depictions in academia, the internet, and simple public discourse. Each of these alternate means of transmitting offensive language could yield this element of the 1978 ruling no longer a violation of “community standard.” Diverse focus groups consisting of groups of people from a spectrum of different urban and rural regions would be useful in determining whether or not exposure to offensive broadcasts has the same implications for childhood development as it did in 1978.

The administration should re-evaluate whether FCC regulations are adhering to enacting the “least restrictive means necessary to accomplish a compelling interest” as it applies to not broadcasting sexual or excretory functions in mainstream television or radio. While this clause only applied to addressing obscenity in cable television, the law should use this as a standard for evaluating all forms of broadcasting. The legislature should re-evaluate whether FCC regulations can be influenced by the “least restrictive means” clause applied to cable television and detailed in United States v. Playboy Entertainment Group. The scrambling of channels, blocking of channels, and time shifting requirement outlined in Section 641 of the Communications Act violated the First Amendment by silencing “protected speech for two thirds of the day in every home in a cable service area.” The court noted that this held true regardless of operators to fully block any channel upon request by the subscriber. This was deemed to be the “least restrictive means.”

“Technology expands the capacity to choose; and it denies the potential of this revolution if we assume the Government is best positioned to make these choices for us,” said Justice Kennedy in the US v. Playboy Entertainment Group case. Revisiting Section 640 and expanding this expectation for parental involvement to public broadcasting places a necessary burden upon guardians to limit accessibility to indecent, obscene, or profane material.  We should employ market-based technological solutions to evaluate whether it would be less restrictive to air television content with some sexual content during daytime hours. This sexual content would not include pornographic content. The extent of the sexual content would be determined by what is deemed to constitute the modernized “community standard.” Users now have the ability to block channels within their household that have a specified rating (i.e. NC17) or utilize several eternal mechanisms such as V-chips, lockboxes, and channel locking, which are all functions available for digital television. Technological solutions may be a panacea for the ever present issue of what degree of government regulation constitutes an infringement upon the First Amendment.