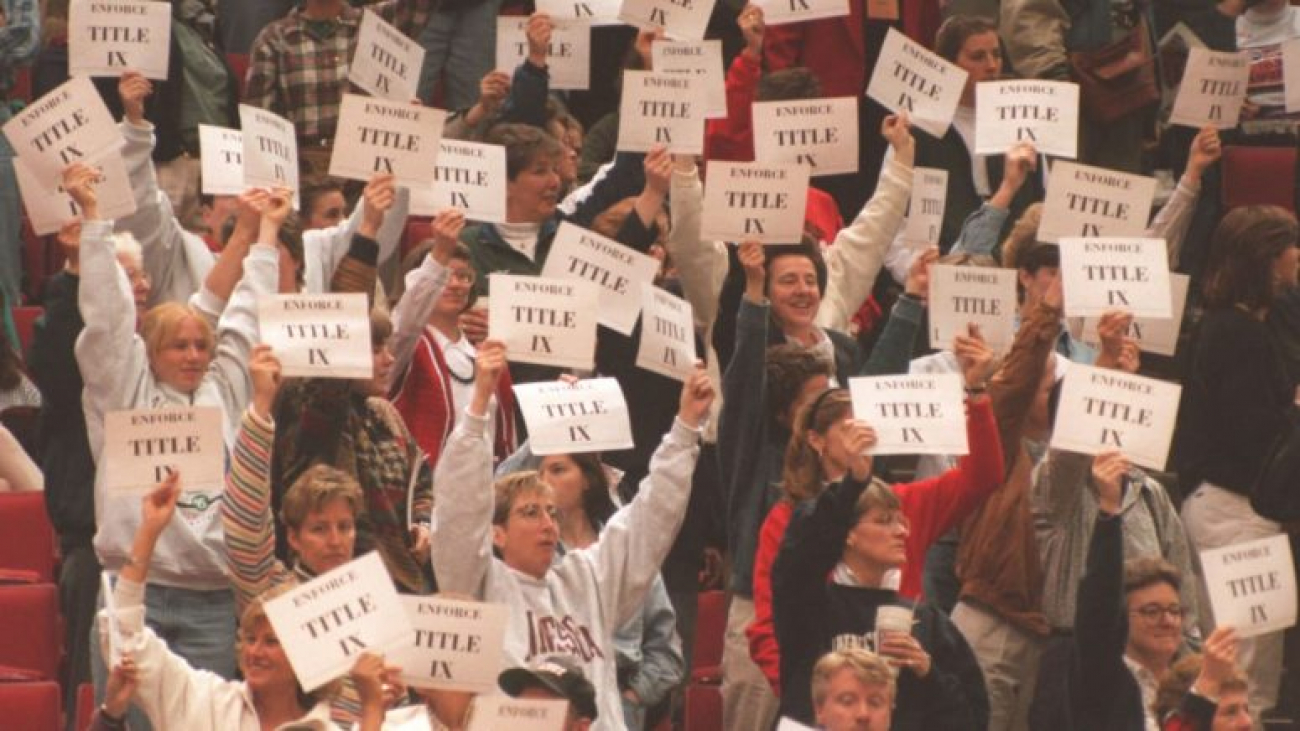 For fifty years, Title IX has prohibited sex discrimination in education. It covers women and men, girls and boys, and staff and students in any educational institution or program that receives federal funds. These include local school districts, colleges, nonprofit schools, vocational and technical education programs, libraries, and museums.

The law affects all areas of education, including the STEM gap, sexual harassment and assault in schools, harassment based on gender identity, recruitment and admissions, comparable facilities and access to course offerings, and athletics. But what are the origins of this legendary legislation?

In 1964, the United States Congress passed the ground-breaking Civil Rights Act to expand the rights of all Americans, especially people of color. It made racial segregation illegal in both public and private areas of society and banned discrimination against workers at privately owned businesses because of their race, color, religion, gender, and national origin.

However, the act didn’t include explicit protections for women in public institutions. Women who worked at these institutions, such as universities and government offices—as well as girls who attended public schools—could legally be treated unfairly because of their gender. After complaints from equal rights activists, President Lyndon B. Johnson issued an executive order in 1967 to ban gender discrimination at places that receive federal money. However, activists wanted to strengthen and expand the protections for women because the next president could simply overturn President Johnson’s executive order.

To draw attention to the challenges facing girls and women in education after the passage of the executive order, Bernice Sandler, an American women’s rights activist known widely as the Godmother of Title IX, studied hundreds of public and private institutions of higher education. She found that many universities had quotas on how many women could attend. An appalling study found that one veterinary school only admitted two women each year, regardless of how many women applied or how smart they were.

Other schools required women to have higher test scores and better grades than men to get accepted. Once enrolled, female students did not have equal access to scholarships to cover study costs. Additionally, the sexual harassment and discrimination that women would face while on campus, especially within the realm of athletics, was immense, leading to even more young women being uninvolved in academic pursuits.

Women and girls did not have the same opportunity to play on sports teams because schools mainly spent money on boys’ teams. For instance, in 1969, one anonymous college budget set aside $90,000 for boys’ sports—and $200 for that of girls. Locker rooms, equipment, and training programs for female students were often not as good as what the boys had. These were all violations of the executive order. Bunny Sandler wanted lawmakers to pay attention.

With the help of like-minded people, Sandler used her research to file official complaints with the government against 250 colleges and universities that had violated the executive order. She encouraged those affected by the unequal treatment to share their stories with their congressional representatives. The protesters created so much mail that several full-time employees were assigned to handle the letters.

Lawmakers noticed Sandler’s complaints about these violations and realized that stronger rules were needed to protect females from discrimination. Representatives Patsy Takemoto Mink of Hawaii and Edith Starrett Green of Oregon, as well as Senator Birch Evans Bayh of Indiana, worked to convince their colleagues to support the bill. After several months of discussion, other elected officials agreed, and Title IX of the Education Amendments Act was passed by Congress and signed into law by President Richard Nixon on June 23, 1972.

Although Sandler’s research focused on colleges and universities, Title IX would also apply to elementary, middle, and high schools. That meant that girls were no longer forced to take classes in cooking, sewing, or typing. They could also learn to build things in shop class and repair cars, just like the boys.

Although the law was not written specifically for athletics, it also had a huge impact on this area of education. With three million more athletic opportunities than they had in the 1970s, girls can now play school sports like soccer, track, and basketball. Some girls even wrestle or play on football teams, something which would have been unheard of in the 1960s.

Thanks to equal opportunities in school, nine out of 10 girls today have at least a high school education, up from six out of 10 before Title IX. Women now make up over 56 percent of all college students, often in fields like law and medicine, areas of study that very few women were allowed to enter in the past. Women also hold 48% of tenure-track positions in universities, a previously unthinkable statistic. The number of girls participating in sports is 10 times greater since the passage of Title IX, equaling 42% of all high school athletes.

Sandler, who died in 2019 at 91, once told reporters that her crowning achievement was her research that led to the establishment of Title IX. She said, of all that she has done in her life, she was proudest when she saw young women “with their heads up…[handling] this world.” With all that Title IX has done in 50 years, it is definitely the achievement of a lifetime.

Gabriella Carter is a sophomore from Martinsburg, West Virginia and is double majoring in Sociology and English.