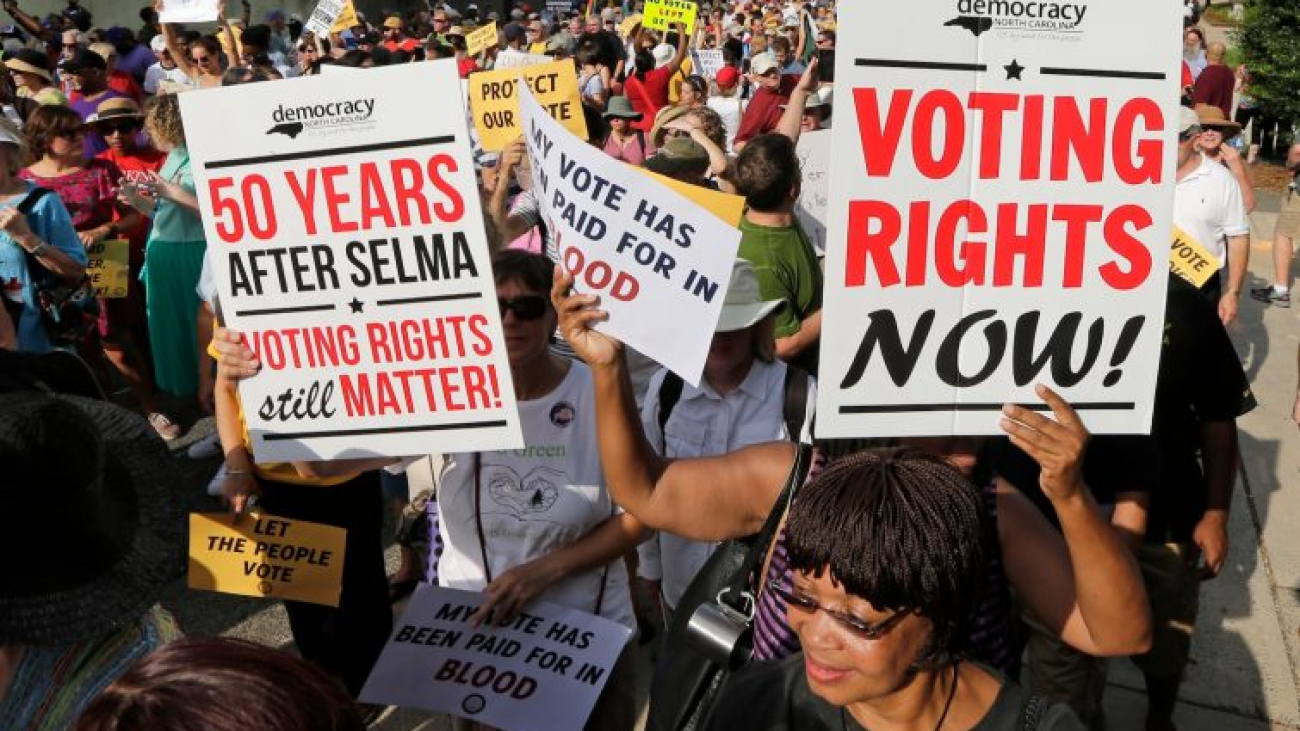 In 2018, North Carolina created Senate Bill 824, which required that all citizens have with them “one of ten forms of authorized photographic identification” in order to vote. The North Carolina section of the National Association for the Advancement of Colored People (NAACP) filed a motion in response to this statute, arguing that it disproportionately harmed marginalized groups, namely African American and Latino voters. NAACP leaders wanted certain sections of the bill removed. Democrat North Carolina Attorney General Josh Stein was called upon to defend the statute.

Republicans Philip E. Berger — President Pro Tempore of the North Carolina Senate — and Timothy K. Moore — Speaker of the North Carolina House of Representatives — wanted to participate in the deliberations over the state’s policy on the strict voter ID laws of Senate Bill 824. The NAACP and the Attorney General argued that these legislators did not have a say in the opinion, citing the Federal Rule of Civil Procedure, which stipulates who is allowed to intervene in these types of cases.

Berger first motioned to intervene, stating that he represented the General Assembly, which he believed was not represented fairly. He also claimed that the Attorney General would not accurately represent the state in defending the statute, based on the Attorney General’s past behavior with similar statutes. The United States District Court rejected Berger’s first motion, stating that the Attorney General was providing adequate representation for the statute and additional officials were not necessary. They also argued that the General Assembly did not have enough motivation to defend the law.

Berger re-applied for the motion, portraying himself as a representative of the entire state of North Carolina. Using the proceedings that had occurred since the initial motion, Berger further attempted to prove that the Attorney General was not providing sufficient defense for the state. Before the District Court ruled on the motion, Berger issued a writ of mandamus, which is an order from a court to a government official to command them to carry out their duties. Since the District Court had not decided on the motion, the order was dismissed.

Berger’s second motion was denied, as the District Court believed that the Attorney General was handling the defense adequately. Berger appealed the ruling, and the U.S. Court of Appeals affirmed. The Supreme Court then decided to review the case on November 24, 2021.

The essential question in this case was: Can these legislators intervene to defend the state policy in this situation on behalf of the General Assembly and the State of North Carolina under the Federal Rule of Civil Procedure, even if the State is already being represented by the Attorney General?

Berger argued that according to state law, he should be allowed to intervene because the Attorney General is not the only entity with the authority to defend the state’s interests. He also referred to the principle of a separation of powers, arguing that it is better to involve multiple perspectives in order to more accurately represent different views in the state. Berger cited Trbovich v. United Mine Workers of America and Cascade Natural Gas Corp v. El Paso Natural Gas Co. as examples of when the Court decided that there is a very low standard in justifying inadequate representation. The NAACP counter argued that the Federal Rule only discussed third-party representation, and Berger would be acting as an additional representative, not a third party. They also emphasized that the state already had adequate representation.

The Supreme Court heard oral arguments on March 21, 2022, and a decision was made on June 23, 2022. The decision was 8-1 in favor of Berger. Justice Neil Gorsuch wrote the majority opinion, which emphasized that the Federal Rule of Civil Procedure allowed people with sufficient interest in the matter to intervene. The Court also emphasized that different officials would be necessary to provide different perspectives from the state, meaning the legislators should be allowed to intervene.

The only dissenting judge was Justice Sonia Sotomayor, who argued that this decision could lead to a dangerous system where a state has insufficient defense unless the “right” representative is chosen. She criticized the assumption that the Attorney General was not providing adequate defense.

This ruling has the potential to change the meaning of representation. States can use this ruling in future arguments to justify the addition of multiple representatives in order to defend their laws. This could result in inequality in the justice system and an environment where organizations cannot challenge laws that appear unconstitutional because they are faced with too much opposition. As Justice Sotomayor explained, it could also allow states to continue arguing their cases until the Court rules in their favor, which illustrates the unfair power given to the states through this ruling.