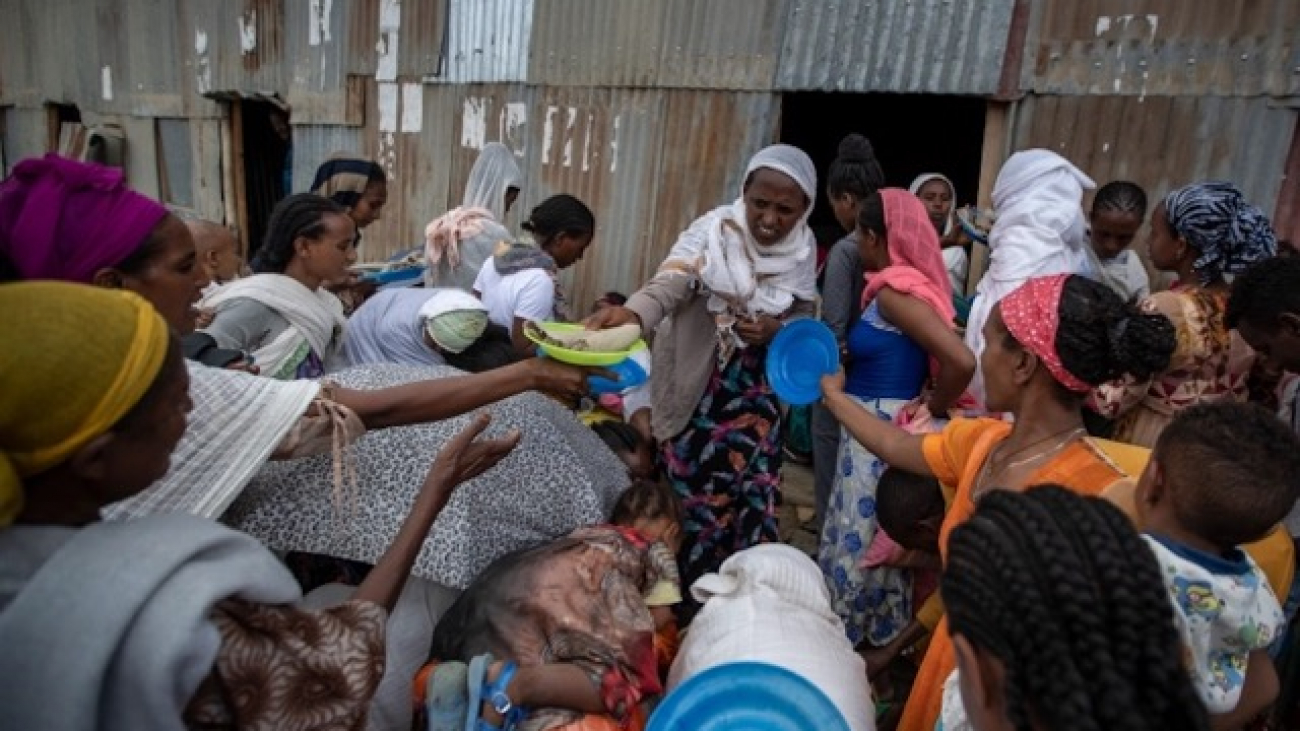 In response to the global community’s silence to the humanitarian crisis in Tigray, Ethiopia, surgeon at Tigray’s Ayder Hospital Dr. Kilbrom Gelbreselassie asked, “Where is humanity?”

The war between the Ethiopian government and Tigray People’s Liberation Front (TPLF) broke out in November 2020. After months of feuding between the Ethiopian government and the TPLF, the Ethiopian prime minister escalated militarily and declared war, accusing the TPLF of attacking army bases to steal weapons.  Since then, Ethiopian forces have indisputably violated international law. Extending beyond the targeted destruction of civilian infrastructure and the prevention of humanitarian aid, the Ethiopian authorities imposed a siege-like blockade that deprived civilians of basic living necessities such as food and medicine. According to the World Food Program, the war caused more than 5 million people to starve, and Dr. Kokeb Hagos reports the deaths of 2,450 children in hospitals, which is still an underrepresentation of reality.

An official U.N. report denounced both sides of the conflict for their violations of international law that surmount crimes against humanity and war crimes. According to Article 8 of the Rome Statute of the International Criminal Court, willfully causing great suffering, inhumane treatment, and rape all breaches the 1949 Geneva Convention. War crimes in the Tigray War entail sexual violence, starvation of civilians, and extrajudicial killings. The head of the World Health Organization, Tedros Adhanom Ghebreyesus, holds a similar view and warned of genocide and the extermination of ethnic Tigrayans.

A humanitarian truce in late March briefly permitted humanitarian convoys to enter, but the resumption of fighting in August ended this already-insufficient practice. The siege has effectively prevented any sort of humanitarian supplies being delivered by road or plane. The lack of telecommunications has also obstructed humanitarian aid and journalists’ reporting of the deteriorating living conditions.

Without medical supplies, doctors are helplessly watching patients die. Patients are unable to receive even basic medicines such as antibiotics, IV fluids, and oxygen, according to Dr. Fasika Amdelsaie at Tigray’s Ayder Comprehensive Specialized Hospital.

However, as one of the world’s worst ongoing conflicts, the Tigray war in Ethiopia has not drawn the attention of the world, which is more focused on the Russia-Ukraine conflict. Countries are naturally more inclined to focus on Ukraine as it affects energy and oil prices as well as their relationship with Russia. The Tigray War simply does not directly influence countries on a global scale to the extent that the Russia-Ukraine conflict does. With the international community not paying attention, the window to prevent genocide in Tigray is increasingly narrowing. Even with a deteriorating humanitarian crisis, the UN Security Council (UNSC) has not placed the siege in Tigray on its formal agenda. The inaction on Ethiopia is rather not surprising because the A3 (Gabon, Ghana, and Kenya) has consistently impeded any Security Council discussion on Ethiopia, and the African Union’s attempts at peace talks were unsuccessful due to disputes over mediators and money. The African Union promised an end to conflicts, but it has now become silent as the war escalates.

Beyond international law and African diplomacy failures, the U.S. and EU’s diplomacy efforts were not only ineffective but were arguably “betraying Tigray,” claims Alex de Waal, the executive director of the World Peace Foundation. Ethiopia and Eritrea may utilize concentration camps to isolate the civilian population and thereby compel them to not support the TPLF. The West might worsen the war crimes by aiding the IDP camps and supporting the strategy of forced relocation.

While the U.S. has secretly met with Ethiopian government leaders in the hopes of reaching a peaceful end to the conflict, the restart of war in August showed that the U.S. diplomatic efforts, while plenty, were not effective. Some experts criticized the Biden administration, arguing that more pressure on the warring groups might have compelled them to engage in meaningful peace talks. Particularly, Cameron Hudson, who previously worked at the State Department, believes that Washington is hesitant for harder punishments as they are reluctant to ruin a previously strong alliance with Ethiopia.

The basis of international law is rooted in the UN Charter, and the UN Charter lacks a formalization of the right to humanitarian intervention. Without a clearly laid out criteria of if and when to militarily intervene in humanitarian crises, the UNSC, despite its authority guaranteed by Articles 24 and 25 of the UN Charter, fails to prevent or organize states in the event of human rights abuses. Since Kosovo, the practice of humanitarian intervention has not been consistently enforced. For example, the UNSC failed to take action on human rights violations in Afghanistan and Sudan. Their deployment of force was also tragically delayed in Rwanda. And for the second time, the UNSC and the international law regime, in general, have failed to save Ethiopians from humanitarian catastrophes.