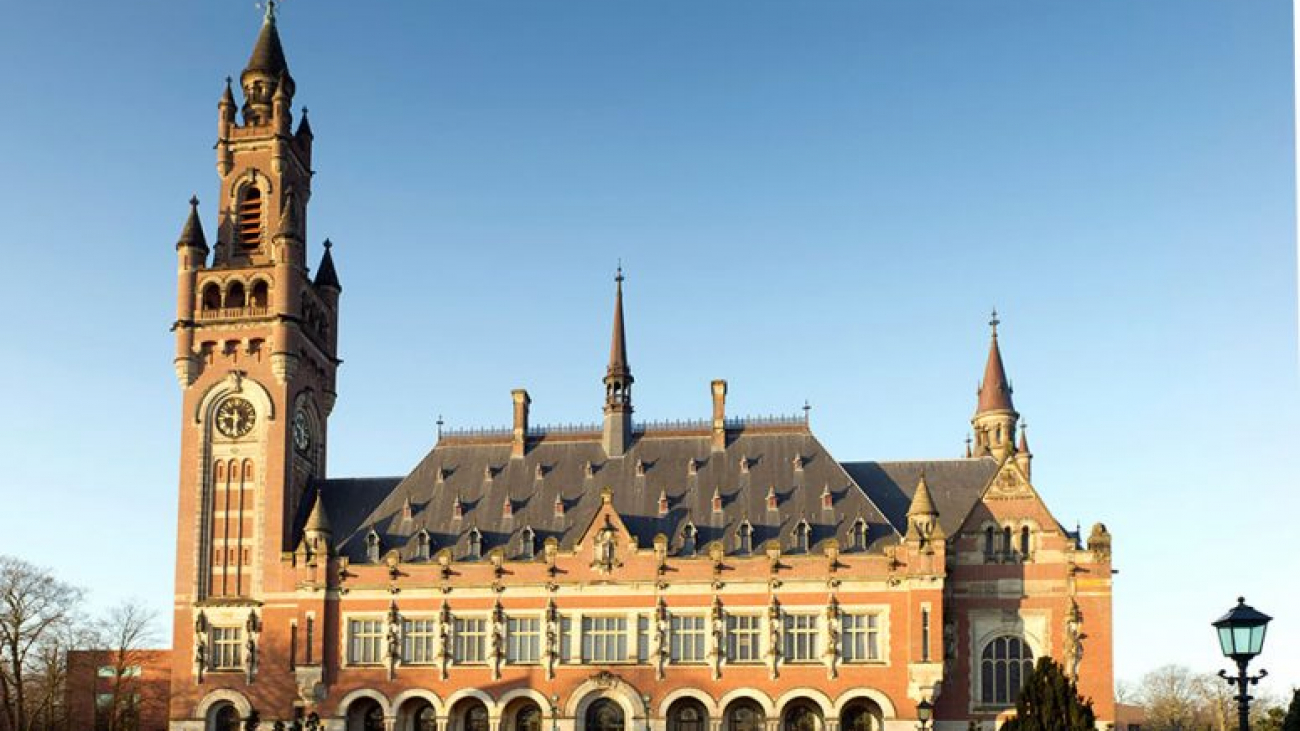 The invasion of Ukraine by Russian forces on February 24th shook the world, as well as international affairs organizations such as the International Court of Justice (ICJ) at the United Nations (UN). Just three days after these events transpired, Ukraine filed a suit to the ICJ calling out Russian military forces for having manipulated “the concept of genocide” in order to justify their invasive actions. On March 16th, the ICJ responded with a ruling that Russia must “immediately suspend the military operations that it commenced on 24 February.” More specifically, Russia has been asked to not only suspend current military operations and retract their deployments, but to also make sure that any Russian-backed units, whether they be paramilitary or “irregular units,” cease their respective activities immediately. The Court came to their verdict on a 13-2 vote, with Russian ICJ Vice-President Kirill Gevorgian and Judge Xue Hanqin of China dissenting.

The details of the suit and the official ruling concern the interpretation of guidelines under the Genocide Convention, a document that comprises various agreements for its 152 signatory countries, which includes both Ukraine and Russia. Alongside the ruling, President of the Court Joan Donoghue of the U.S. detailed “how any military operation, in particular one on the scale carried out by the Russian Federation on the territory of Ukraine, inevitably causes loss of life, mental and bodily harm, and damage to property and to the environment.” Thus, they clearly meet the conditions within the Genocide Convention that makes them guilty of breaching international law. Along with the suffering that thousands of civilians have had to endure, the ICJ stands firm in their statement that both parties must not engage in any activities that may “aggravate or extend the dispute…or make it more difficult to resolve.”

The unfortunate reality of this situation is that in the time between Ukraine’s filing of their suit and the ICJ’s response, the country has suffered a severe loss of life and damage to infrastructure. Further, there is no clear indication from Russia that they will cease their advancement or leave their East-European neighbor any time soon. On the day after the ICJ released their ruling, spokesman of the Moscow Kremlin Dmitry Peskov stated plainly that “Russia cannot take this decision into account.” It is not expected that Russia will respond to the calls for peace given the additional fact that they refused to send representatives to a court hearing earlier this month held by the ICJ.

Every effort by either Ukrainian or UN officials at amending this conflict has been either blatantly ignored by the Kremlin or countered by claims of Ukraine committing genocide. Russia’s Foreign Ministry went so far as to say that they were acting to end a “systematic extermination of the Donbas population,” pitting the blame for the start of this war on Ukraine. Despite these claims, however, there remains no evidence that there has been any “extermination” of people in the Donbas region of Ukraine. Additionally, most of the international community agree that the current armed conflict began when Russian troops entered Ukraine in February shortly after president Vladmir Putin, in a televised speech, announced his “special military operation” in the neighboring country.

As the war continues to rage, it remains unclear whether or not Russia will take any measures to work towards a peaceful resolution. Unfortunately, their actions up to this point indicate that they will not follow the ICJ’s ruling. The powers of the UN as well are limited to such declarations as we see in the most recent ruling, and therefore the removal of Russia from Ukraine will likely only come about through voluntary action on the part of the Russian military. As with many other cases of international conflict throughout recent history, we are witnessing the complications that arise when a country chooses to act independently of the wishes of the UN. Given that they are in fact just wishes and hold no right of enforcement, we can only hope that other acts of diplomacy will work to mitigate this issue.