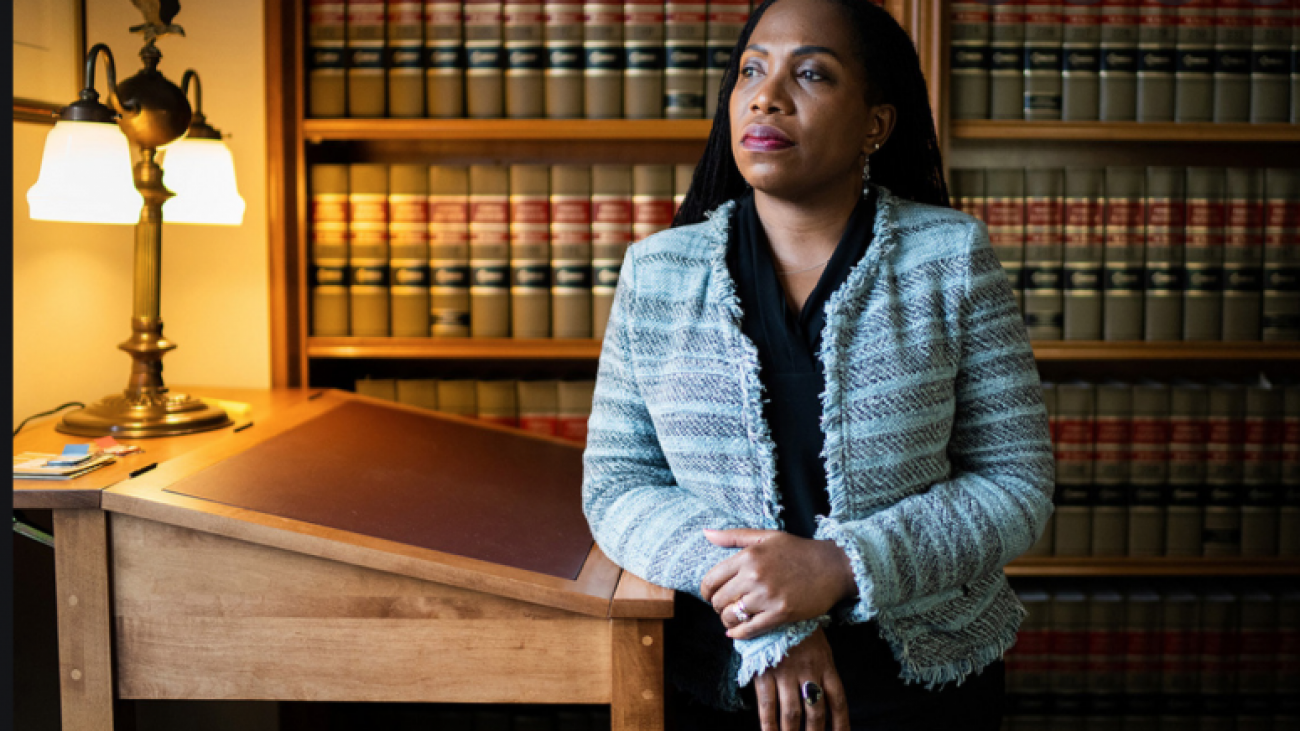 In late January of 2022, it was announced that Justice Stephen Breyer would be retiring after almost 30 years on the Supreme Court of the United States. A liberal Bill Clinton appointee, Justice Breyer has been a part of many influential Court decisions including United States v. Virginia (1996), Stenberg v. Carhart (2000), Grutter v. Bollinger (2003), Obergefell v. Hodges (2015), Whole Woman’s Health v. Hellerstedt (2016), and Mahanoy Area School District v. B. L. (2021).

Following this announcement, President Biden reaffirmed his campaign promise to nominate the first Black female justice to the Supreme Court. This generated criticism from some Republicans who argue that President Biden’s vow is offensive because it focuses on the identity of the nominee rather than on who is the best qualified candidate. Democrats argue that it is important to take into consideration demographics so that the Supreme Court is a representative institution, and that there are many well-qualified Black women to sit on the Court. Nonetheless, President Biden continued with his commitment and narrowed down the field to three likely contenders: D.C. Circuit Court Judge Ketanji Brown Jackson, California Supreme Court Justice Leondra Kruger, and South Carolina District Court Judge J. Michelle Childs. On February 25, Joe Biden made his official announcement, nominating Judge Ketanji Brown Jackson.

In addition to being nominated as the first Black woman on the Court, Judge Jackson would be the third Black justice, following Justice Thurgood Marshall and Justice Clarence Thomas. If confirmed, she will be the sixth woman on the Court, following Justice Sandra Day O’Connor, Justice Ruth Bader Ginsburg, Justice Sonia Sotomayor, Justice Elena Kagan, and Justice Amy Coney Barrett.

As of right now, it is clear that Judge Jackson will bring a liberal judicial philosophy and perspective to the Court, although it is not clear exactly how liberal she will be. Her experience on the United States Sentencing Commission and her time as a public defender certainly bring in a new perspective – Justice Marshall was the last Justice with such experience. Of course, it is important to remember that she is a liberal replacing a liberal on the Court and given the current Supreme Court’s current conservative majority, in the short-term there is not likely to be too much change in the Court’s jurisprudence. However, given that Judge Jackson is 51 years old, only one year older than Justice Barrett- the youngest member on the current Court, her legacy is likely to be a long and influential one. With regards to the upcoming nomination process and Senate vote, Judge Jackson did receive the votes of Republican senators Lindsey Graham of South Carolina, Susan Collins of Maine, and Murkowski of Alaska when she was nominated to the U.S Court of Appeals for D.C Circuit. However, Senator Graham, who had lobbied for Judge J. Michelle Childs, tweeted that “the radical Left has won President Biden over yet again” following President Biden’s official nomination. Senators and Collins have issued vague statements about their intention to vet and consider her nomination carefully – but it is certainly possible that one or both will vote in favor of Judge Jackson’s confirmation. Regardless, even if no Republicans vote to confirm her, she is still likely to get all 50 Democratic senators and Vice-President Kamala Harris to vote in favor of her confirmation and thus become the 116th Justice to serve on the Supreme Court of the United States.