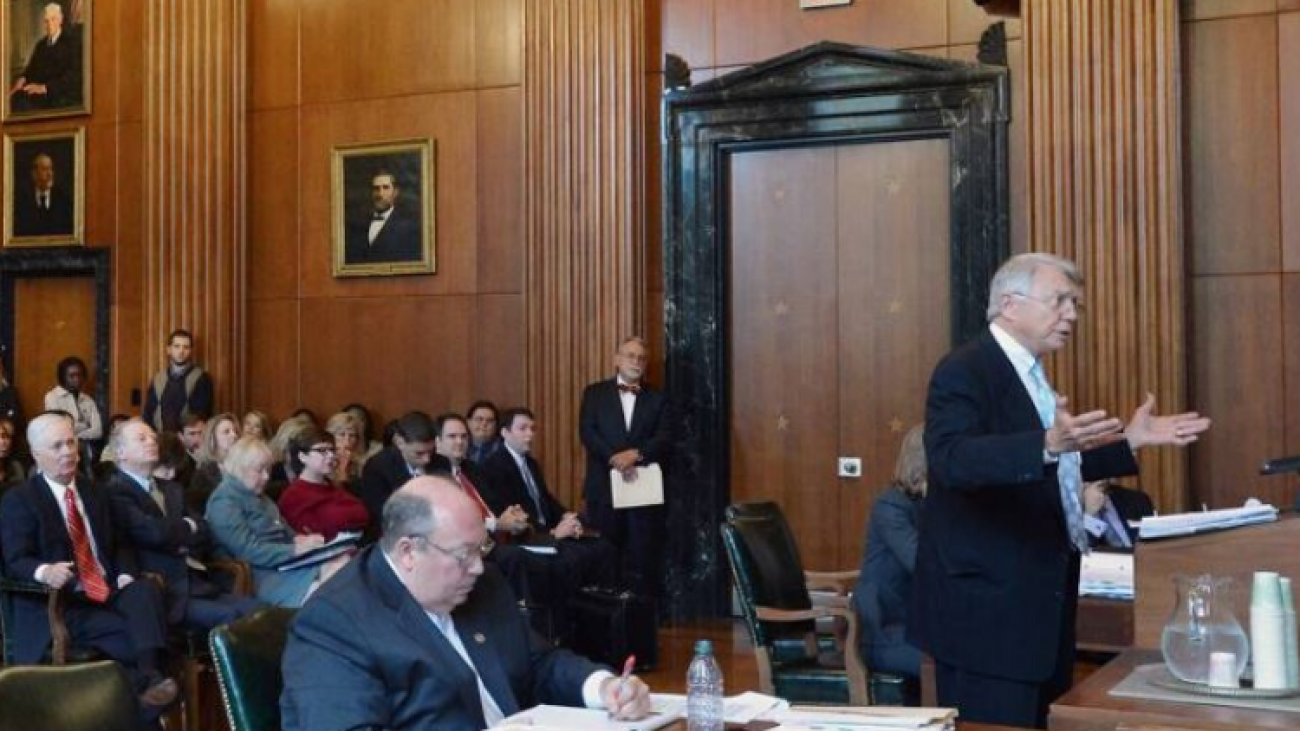 For the last 28 years, North Carolina public school districts have been fighting to provide all students with the right to a “sound basic education.”

In 1994, five low-income school districts (Cumberland, Halifax, Hoke, Robeson, and Vance Counties) and families of those districts filed a lawsuit against the state of North Carolina for failing to provide “equal opportunity to a sound basic education.” The case was named Leandro after Robert Leandro, one of the children whose mother filed a lawsuit.

During the lawsuit, a “sound basic education” was defined as one that includes trained teachers and principles, who receive additional, specialized training, with a school that can provide educational resources and support programs for learning capabilities or career development. The claim argued these basic necessities were not met, providing evidence of overcrowding in classrooms, a lack of resources, and poorly trained teachers. Hoke County, for example, only had about $3700 to spend per student, while more affluent districts, like Durham, had over $5700.

Despite growing evidence that public schools did not all provide a basic education, the North Carolina Court of Appeals ruled against the school districts in 1996, claiming that the state’s Constitution guaranteed equal access to education, but did not set “a qualitative standard” for education.

After a decade, the case was reexamined because of a growing number of lawsuits (concentrated in Hoke County) suing the state for access to higher quality education. A series of hearings explored whether “at-risk” students were given equal access to a “sound education.” The court ruled that not all students had access to their constitutional right, especially students in pre-kindergarten or students considered “at-risk.” The case was then renamed Hoke County Board of Education v. State.

For two decades, under the control of Judge Mannings, the North Carolina Supreme Court continued to find that the right to a sound basic education had been violated but failed to act on it. When Judge Mannings was unable to return to court in 2015, he reassigned to Judge David Lee, ordering Lee to create a “plan of action”.

Progress accelerated under Judge Lee, and in 2017, Governor Roy Cooper created a commission dedicated to carrying out a “plan of action” based on the recommendations and reports of West-Ed, a third-party, independent consultant hired to analyze the root causes and various solutions of educational disparities in North Carolina.

West-Ed submitted a report in 2019, which included a recommendation for billions of dollars in spending. It contained 7 elements for a school district to be considered a provider of a basic sound education: (1) Teacher development and hiring that ensures well-trained teachers in classrooms, and competitive pay. (2) The same standard for principals. (3) A system that provides funding and resources to each student, especially those considered “at-risk.” (4) A system that tracks student performance, to ensure a basic education is provided. (5) Financial support, particularly for low-performing schools or districts. (6) Pre-kindergarten access. And, (7) Post-high school or career preparatory opportunities, resources, and support.

The West-Ed report also notably included evidence of disproportionate impact on certain students. The report found that English learners, low-income students, students with learning disabilities, students of color, and more, were disproportionately impacted compared to their white classmates or students in affluent districts. The consequences of attending a poorly-funded school were exacerbated for these students. Due to the insufficient funding, these students were not given the support they needed to succeed.

This case is a clear example of the systemic racism still present today. Both WestEd’s findings and North Carolina’s census reports conclude that “many underfunded districts ha[ve] high African American enrollment.” As a result, students of color are disproportionately impacted in public education, receiving a poorer quality of education and attending poorly funded schools. While there appears to be policy change happening, only time will prove its efficacy.

Certain politicians have also claimed that this case breaches the “checks and balances” integrated into the federal government. When Judge Lee ordered North Carolina to incorporate the plan, he suggested that he could hold legislators in contempt for failing to comply.

Senator Deanna Ballard loudly criticized this approach, arguing the court has no authority over the legislative branch. Governor Cooper responded to the legislator’s concern, saying “Legislators can’t simply erase this right because they don’t like it.” Most politicians in North Carolina stand by Governor Cooper, grateful for the push for reform.