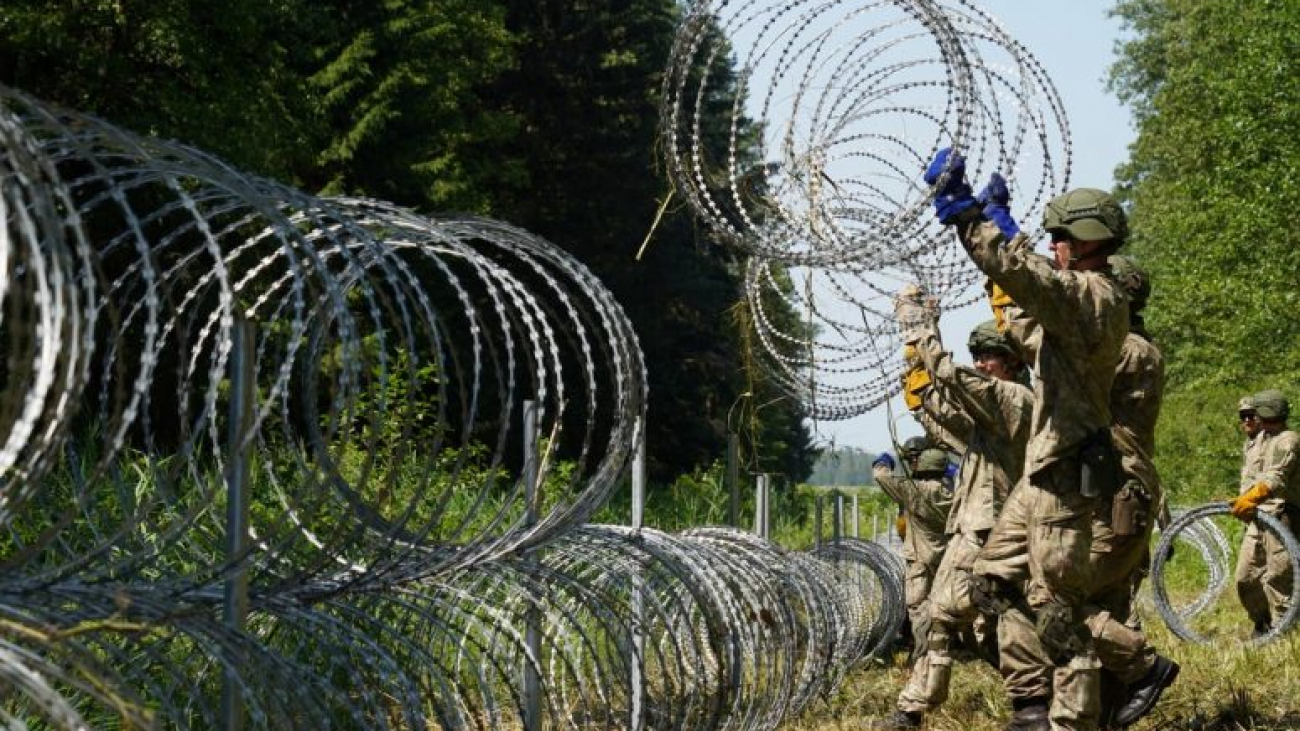 Lithuania has seen a recent influx of Iraqi immigrants. Just south of the country lies Belarus where many of these migrants have been coming from. In normal years, Lithuania catches about 70 “unlawful” migrants in total from this country. Due to recent tension between the European Union (EU) and Belarus, however, those numbers have increased to over 470 people in June of this year and 2,600 in July.

On May 23, 2021, Belarus “sparked uproar” as they forced an EU passenger jet to land in Minsk, the country’s capital, where they then proceeded to abduct a “high-profile dissident passenger.” In response to this act of air piracy, the EU imposed sanctions on the country, attempting to prevent future crises from arising. Belarus President Alyaksandr Lukashenko has retaliated by facilitating illegal migration which Lithuanian President Gitanas Nausėda has called a “state-sponsored weapon.” Allegedly, Lukashenko threatened to allow human traffickers and drug smugglers to flow out of the country and into the rest of Europe. Additionally, EU officials have reported evidence of the government encouraging immigrants to travel specifically to Lithuania. There is alleged coordination between the government and a Belarusian travel agency to offer tourist visas as well as setting up flights and other means of transportation to get Iraqi immigrants to the Lithuanian border.

However, Belarus is not the only country going against international convention in this conflict. The Lithuanian government announced that they reserve the right to use force to stop illegal immigration. On that same day, they turned away 180 people attempting to enter the country. Program director of Lithuania’s Red Cross told AP, “Pushbacks of people seeking asylum are not compatible with the Geneva Convention on Refugee Status.” Extensive video footage has, as well, surfaced of  Lithuanian forces erecting barbed wire fence to make illegal immigration more challenging.

The Lithuanian Parliament further restricted immigration by passing a new law that will fast-track the asylum process and allow authorities to detain migrants for as long as six months without a court order. Critics against this legislation are saying that not only could it violate human rights laws, but it also may violate the country’s constitution. Nevertheless, Lithuanian policymakers are pushing forward, stating that it is the only way to deal with such a large influx of migrants.

So far, there has been little response from the EU regarding plans to mitigate this crisis. This conflict clearly raises concerns not only for the countries involved but especially for the EU as a whole. It raises questions on how the EU should handle such issues and go about enacting effective, coherent migration and asylum policy as a union established with the idea of free borders. Lithuanian Foreign Minister Gabrielius Landsbergis traveled to Baghdad in mid-July as part of a diplomatic effort with EU officials to curb migration or, at the very least, reduce the number of Iraqi migrants to a more manageable level. Negotiators have stated publicly that those talks are “going well,” but no other information has been shared.

One can expect to see continued disagreement between Belarus and Lithuania. The Lukashenko regime’s hostility towards the EU poses a major threat to not only this situation but for future crises as well. It remains unclear whether EU policy will be effective at keeping Belarus in check. As for Lithuania, their mobilization efforts have not been enough to handle a refugee crisis at this scale, and much of their legislative actions have focused on short-term processing and removal of asylum-seekers. The best hope for these Iraqi immigrants would be quick and swift decision-making on the part of the EU, aid for the immigrants from other nations, or a diversion of resources to both Lithuania and Belarus to aid in the process of finding placement for the refugees that are currently stuck there. The prospects of the diplomatic efforts by Landsbergis and other EU officials with decision-makers in Baghdad are hopeful, but the actual result of their diplomacy will be seen in the upcoming months.