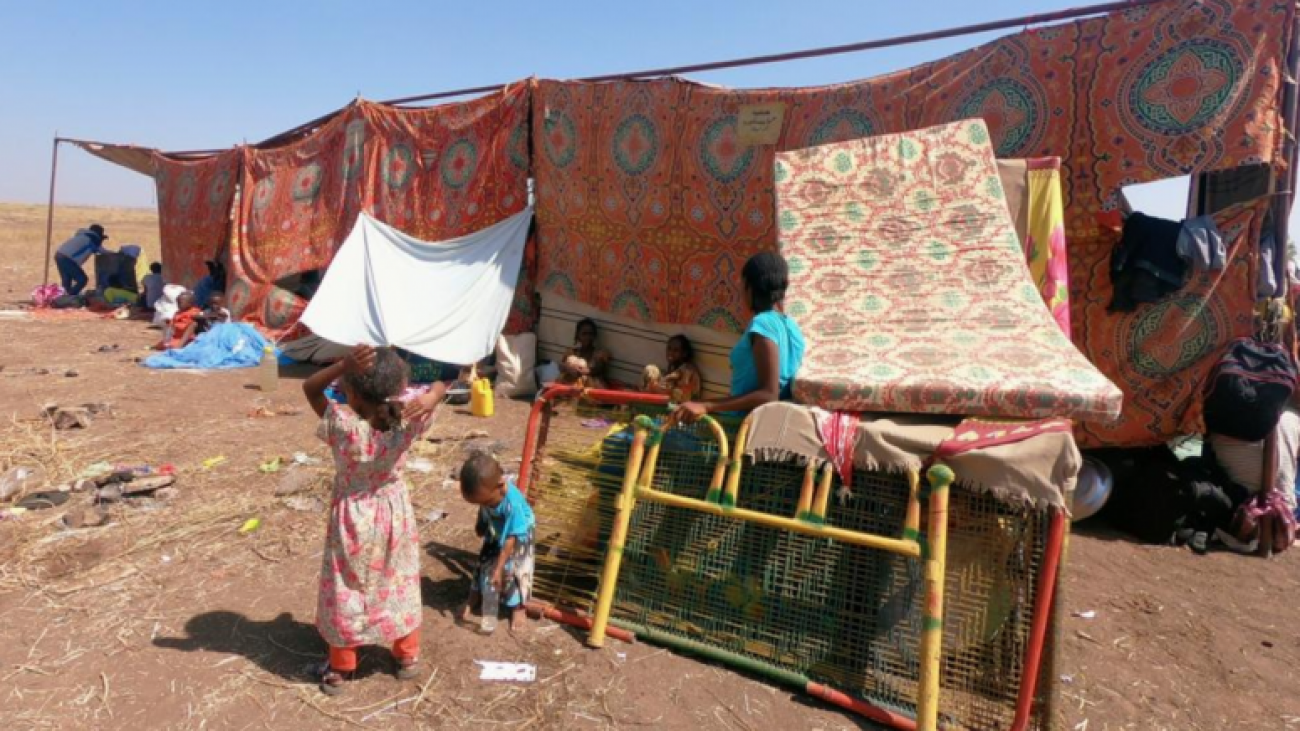 Most nations in Africa are multi-ethnic today because the state boundaries were arbitrarily drawn up in the Berlin Conference of 1884. Ethnicities refer to tribal identity, language, cultural history and other factors that unite a peoples. Ethiopia is different for a couple reasons. For one, it has drawn its own borders, yet is still a multi-ethnic nation. Apart from five years of occupation by Mussolini, the country boasts never having been colonized, which makes their multiethnic nature even more interesting. Today, the country is made of eighty different ethnic groups, home to the Ethiopian Orthodox Christian church since the 4th century and a tumultuous democracy.

Tensions have always been high between these groups. Ethiopia  was originally composed of the Amhara, Tigray, and Oromo groups. The original monarchy of Ethiopia acted almost as an empire, subjugating multiple ethnic groups under the narrative of being Christian and speaking Amhara. This began the Ethiopian narrative of oppression – a world where the ethnicities that did not ascribe to state languages and religion were primed to rebel.

In the 20th century, Ethiopia went through two political revolutions. First the Marxist-Leninist Derg, a revolutionary movement, overthrew the monarchy in a coup in 1974. They ruled for nearly twenty years until the Tigray People’s Liberation Front (TPLF) deposed the Marxist organization led by Mangistu Haile Maria in 1991. The TPLF established stability under the umbrella of the Ethiopian People’s Revolutionary Democratic Front (EPRDF), a joint political coalition of the Ethiopian People’s Democratic Movement, the Oromo People’s Democratic Organisation and the Southern Ethiopia Peoples Democratic Front, in addition to the TPLF. The TPLF dominated politics and effectively ran the coalition for twenty years after the coup. One of their major political achievements, under Meles Zenawi was the creation of regional states, essentially creating a federalist system in order to allow ethnicities to maintain a level of autonomy and avoid excess conflict. All while internal conflicts were being pacified, a war continued with Eritrea, beginning in 1999. Eritrea was annexed by Ethiopia as a province in 1962, but gained independence in 1993. The dispute comes from the border between the two countries, which they heavily disagree on.

In 2018, Abiy Ahmed the first Oromo Prime Minister, took office. Within the first two years of his administration, he ended the war with Eritrea, winning a Nobel Peace Prize for his efforts. Unfortunately, as tensions calmed externally, they inflamed internally, right next to the border of Eritrea, in the region of Tigray.

Stationed in front of the backdrop of economic growth and prosperity, the match was lit. The TPLF has been feuding with Ahmed’s administration since it came to power, as the “reformist leader” accused many TPLF officials of being corrupt or perpetrating human rights abuses and consequently had them removed from the government. Some were even placed under arrest, though many fled to the Tigray regions as fugitives. Additionally, Ahmed essentially dissolved the ERPDF coalition, replacing it with the Prosperity Party (PP), which merged the member parties of the coalition into one party. The TPLF refused to join the PP, arguing against the federal government’s consolidation of power. The kicker was Tigray’s decision to hold regional parliamentary elections in September of 2020, after the federal government postponed all regional elections due to the pandemic. This sparked the beginning of open conflict in the region, but it had not yet escalated. The federal government then cut federal funding to Tigray in October, leaving the region without support.

On November 4, Abiy Ahmed launched a government offensive into the Tigray region, in response to TPLF forces attacking a federal military base in Tigray. The crackdown included shutting internet and phone communications and declaring a state of emergency in the region. Reminiscent of the treatment of Kashmir by India, the ease of control that the federal government had was a rightful concern for human rights.

Since then, the federal forces seized the capital and main towns, yet fleeing TPLF forces fled to rural areas, and fighting has continued. Eritrea joined the assault on Tigray on behalf of the central Ethiopian government, resentment from the time the TPLF ruled over them still relevant. A majority of human rights abuses in the war have been blamed on Eritrean soldiers.

With access to the fighting zone severely limited, information is scant. Even so, videos of human rights abuses abound are filtering in. There are indicators of mass killings that likely amount to war crimes, and even hints of ethnic cleansing. Clinics are being destroyed and health care facilities being appropriated, a violation of international law. Additionally, reports of sexual violence in the region have skyrocketed, seen as an attempt to prevent women from giving birth to more Tigrayans.

Ultimately, Ethiopia, and Eritrea by extension are in violation of international law and humanitarian statutes. The conflict, defined as a civil war, prevents international intervention based on the Geneva Convention. Countless lives are being lost, and there seems to be little way to aid. A founding member of the United Nations, Ethiopia marks a fall from grace, one that no longer seems to regard human rights or international law.