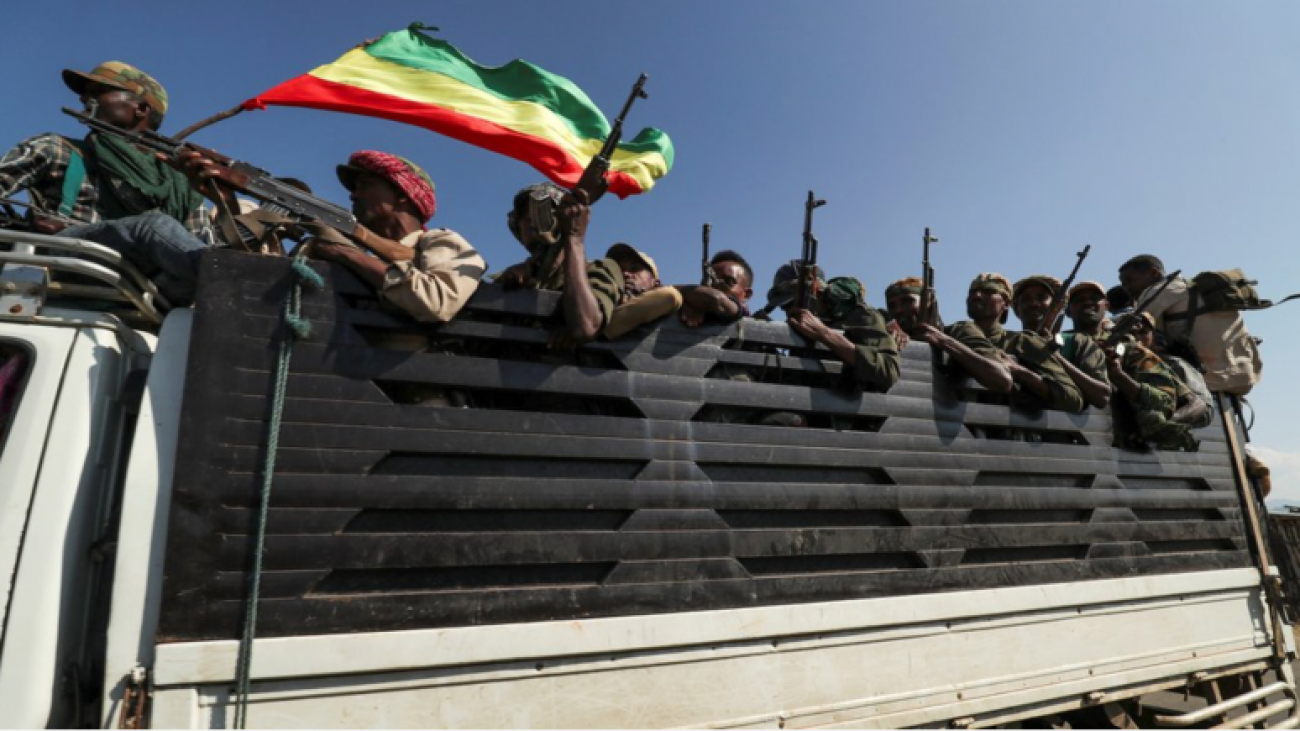 Little was initially known on November 4, when Ethiopian federal forces invaded their own region, as the events were transpiring. The country’s Prime Minister Abiy Ahmed shut off internet access to the people of Tigray, a region in northern Ethiopia along the border of Eritrea, and cut off their communication with the outside world as his troops engaged in conflict with the Tigray People’s Liberation Front (T.P.L.F), the region’s ruling faction. The intelligence that has come to light three months after the conflict began provides damning details about the suffering endured both by the residents of Tigray and by the swathes of Eritrean refugees present in the region. Horrifying as may be Ethiopia’s incursion against the people of Tigray, especially shocking is that the nation’s leaders invited Eritrean military forces to join them in the oppression of its own citizens.

The seeds for Ethiopia’s invasion of the Tigray region were planted when Prime Minister Abiy began his term in 2018. Upon assuming office, he garnered acclaim with lofty promises of healing Ethiopia’s ethnic divisions and earned a positive international reputation for his progress towards peace with his neighbors. After he put an end to rule by the T.P.L.F., Abiy received praise for working to terminate Ethiopia’s three-decade-long conflict with Eritrea, a feat which won him a Nobel Peace Prize in 2019. However, his purging of the federal government of Tigrayan officials and hostility towards the region reflected an uglier side to the administration’s policies. Although Abiy portrayed himself as a unifying figure for the various ethnic groups in Ethiopia, his show of force against Tigrayan officials enraged people in the region and fueled the T.P.L.F., which amassed a force of up to 250,000 soldiers. Tensions reached a boiling point on November 4 that culminated in an incursion into Tigray by federal forces, which the Abiy administration claimed was a response to a T.P.L.F. attack on a federal base in the region.

Although the Ethiopian federal government promised its military presence in Tigray would result in no bloodshed, witness accounts have portrayed a humanitarian crisis that has left thousands of people dead, millions displaced, and even more in desperate need of resources like food and water. Especially daunting is the account of a deacon at Axum’s famous Church of St. Mary of Zion, where locals believe that the famed Ark of the Covenant resides. Soldiers defiled the holy city of Axum with an atrocious massacre of the local population on November 28. The deacon estimated that hundreds were killed in a raid on the church and its surrounding area and that the situation was even more dire outside of the city proper. One witness claimed that the soldiers “started to kill people who were moving from church to home or home to home, simply because they were on the street.” Soldiers also engaged in “plunder, punishment, and bloodshed” in refugee camps in the region, where another witness described that they “beat refugees, tied their hands, and left them under the sun all day,” before “they poured milk on their bodies so they would be swarmed with flies.”

In spite of the aforementioned accounts of murdered Ethiopian citizens, the destruction of Tigray’s infrastructure, theft of its resources, and abuse of refugees fleeing a dictatorial regime in Eritrea, Prime Minister Abiy denied that Eritrean troops entered Ethiopian territory, in a forceful repudiation of the claims of the U.N. and unaffiliated aid organizations. Tigrayan witnesses noted that the invading soldiers spoke with Eritrean accents. There are reports that several goods stolen from Tigray appeared in markets in Asmara, Eritrea’s capital city. Notably, Eritrean’s President Isaias Afwerki also denied his country’s military presence in Ethiopia, referring to the AP’s account as “outrageous lies.” The seeming collaboration of the Ethiopian and Eritrean governments so soon after the end of their war in 2018 raises questions about the nature of their peace. Both Abiy and Isaias expressed grievances with the T.P.L.F, as the organization has been a political rival to the former and the latter fought against the T.P.L.F. Ethiopian government following Eritrea’s independence. The recent peace with Eritrea and the harrowing memories of a long conflict between the two countries that resulted in roughly 100,000 deaths remain fresh in the minds of the Tigrayan people.

The dire consequences of the Eritrean incursion have led Tigray to a point on the brink of a humanitarian crisis according to aid groups. Many of the 96,000 Eritrean refugees fleeing the oppressive military service system instated by Isaias were temporarily settled in Tigray before being forced to flee the region. Several of those who got caught behind were forced by soldiers to return to Eritrea. In what can only be construed as an attempt to deprive the region of crucial resources, aid workers described how Eritrean soldiers “looted aid supplies, stole vehicles, and set fire to fields filled with corps and a nearby forested area used by refugees to collect wood.” According to the Ethiopian Red Cross, thousands of people are at risk of starvation if humanitarian aid organizations are not able to reach them with critical supplies. Furthermore, the U.N. and local officials have stated that roughly 4.5 million people—nearly the entirety of Tigray’s population—are in urgent need of assistance. Tigray’s people are suffering, yet their Prime Minister has decided to side with their oppressors.

Although information from the Tigray region has been scarce since the conflict arose last year, available information shocked the international community and drew strong statements of condemnation. The Trump administration demanded that Eritrean troops leave Tigray in a January statement, citing the accusations of “widespread looting, killings, and other potential war crimes.” The Biden administration has also issued a forceful condemnation of the abuses in Tigray. In February, Secretary of State Antony Blinken stated that the United States “We strongly condemn[s] the killings, forced removals and displacements, sexual assaults, and other extremely serious human rights violations and abuses by several parties that multiple organizations have reported in Tigray,” demonstrating that this issue is unlikely to fade without critical examination by the global community. In a rare rebuke of Prime Minister Abiy, a recent honoree, the Nobel Peace Prize Committee stated that it “follows the developments in Ethiopia closely, and is deeply concerned.”

As the world awaits more information about the atrocities in Tigray, the U.N. and several countries have speculated about possible criminal charges against those involved. Michelle Bachellet, the U.N. Human Rights Commissioner, has called for an investigation into human rights abuses in Tigray in light of the numerous accusation made against forces in the region, stating that “credible information also continues to emerge about serious violations of international human rights law and humanitarian law by all parties to the conflict in Tigray in November last year.” Her office further added that “serious violations of international law, possibly amounting to war crimes and crimes against humanity, may have been committed by multiple actors in the conflict,” further indicating that the U.N. is taking the Tigray conflict seriously and may go forward with charges against various officials. Article 8, Section 2 of the Rome Statute of the International Criminal Court highlights crimes such as “wilful killing,” “unlawful deportation,” and “intentionally directing attacks against the civilian population,” among several other crimes, as “war crimes” that can be prosecuted by the Hague. Accounts of these abuses and so many more under the broad umbrella of war crimes have been corroborated by U.N. officials from the accounts of witnesses, suggesting that the U.N. might have a strong case against those responsible for the massacres in Tigray. That said, it is unclear whether Abiy and Isaias face consequences for their parts in the Tigray invasion. However, this horrific episode has certainly damaged Ethiopia’s reputation as a model for progress and stability in an otherwise turbulent region.