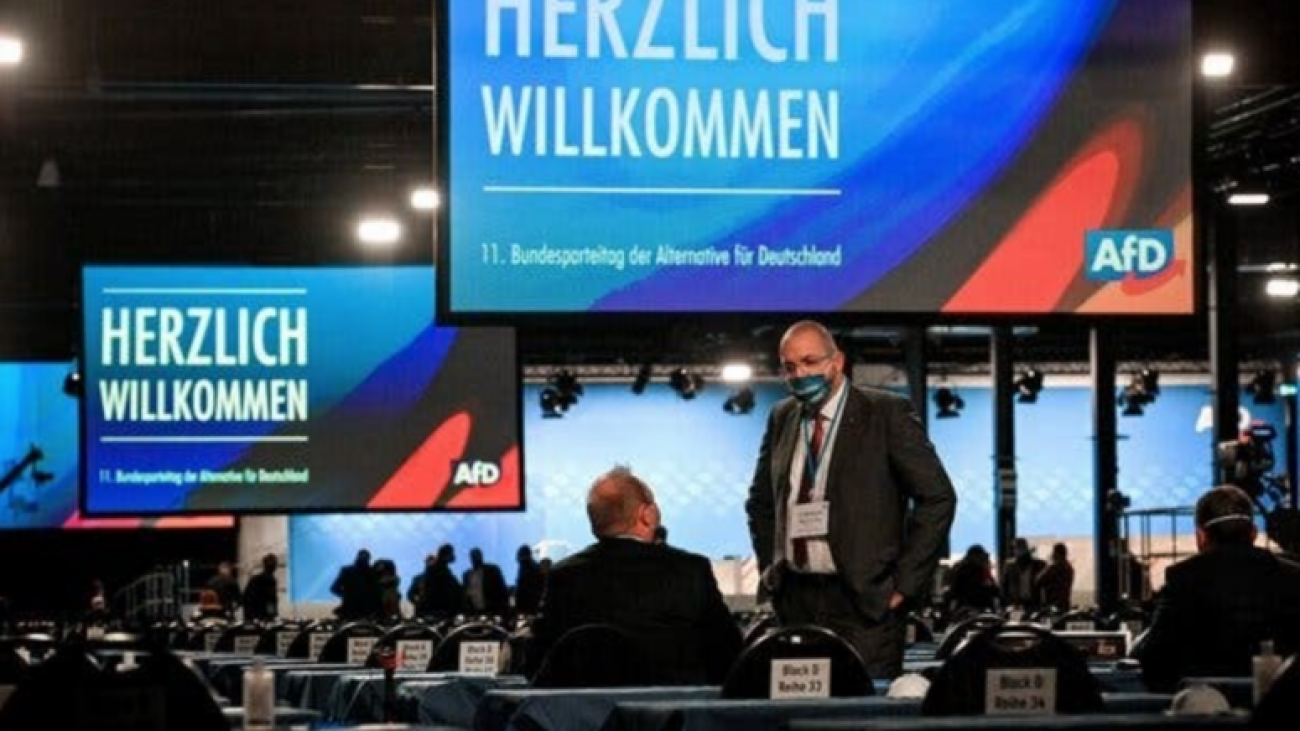 Over the past five years, a resurgence of far-right rhetoric in the United States and Europe has altered the political landscape in the self-proclaimed Western world. Internet activity, especially on platforms such as Facebook, has encouraged echo chambers, leading many further right, extremizing views and encouraging political action.

One such party, the Alternative for Deutschland (AfD) was formed in 2013 by Alexander Gauland as a Eurosceptic movement rejecting liberalism. For its first round of election, the party failed to find enough support to unseat any existing members of the German parliament.

The AfD found it’s gold mind of support after the Chancellor of Germany, Angela Merkel,’s 2015 decision to allow over one million undocumented refugees from the Middle East and North Africa (MENA) to enter into Germany. It quickly transitioned into an anti-Islamic party, one that trivialized the Holocaust and found a base in reviling immigrants. Capitalizing on the influx of refugees as a source of political strife, the AfD found its niche. Accusing Merkel of breaking the law, they worked to stage marches against the “Islamisation of the West.”

Paired with online efforts, aided by Harris Media, a Texan political strategy company, the AfD cast themselves as victims of the establishment and of the mass media, and members of the party employed rhetoric to grant them a win for their base, the “true” Germans in their words. The AfD first entered the Bundestag, or German Parliament, in 2017, marking the first time since the Second World War that a party with this level of xenophobia has entered the German legislature.

Since the legitimization of the AfD as a party with political power, Germany has witnessed a surge in hate crimes against racial and religious minorities that the AfD vilifies. In 2018, there was specifically a rise in anti-Semitic crime. Deep-rooted in European history, anti-semitism takes but a little spark to ignite again; the AfD was this spark. Their casual treatment of the Holocaust, as just a “speck of poop” in Germany’s long history encouraged their supporters to go after the Jewish population in Europe. The largest portion of hate crimes, though, was against Muslims, who make up 4.7 million of Germany’s population. Between 2019 and 2020, the number of people injured in Islamaphobic attacks surged 40%. The AfD now being a part of the government has led to victims being scared to report attacks to the police, because of the government connection. On the legal side, Germany has been tightening their hate speech laws recently, even extending their jurisdiction to online platforms. On a base level, Germany has banned Holocaust denial and Nazi symbols for years, provisions that often clash with freedom of speech ideals. The rise in crimes and hate speech, however, with the government essentially a part of the problem threatens the very fabric of German democracy.

In the 1930s, Adolf Hitler rose to power in Germany using democratic means. It was only once he had that power that he shed the curtain of democracy. As a safeguard against repeating history, the country deliberately designed its postwar institutions to prevent the rise of political forces capable of usurpation. One of those measures is the domestic intelligence agency, or the Federal Office for the Protection of the Constitution (BfV). While it may sound like the campaign promise of a future dictator, the office actually exists to be a Constitutional canary in a coal mine, primed to act as a warning mechanism for budding threats.

One of the more modern privileges of the intelligence agency is surveillance classifications. In the 1950s, a successor Nazi Party was banned by the Court and the Communist Party of Germany had been put under observation by the agency. More recently, the Neo-Nazi party and members of the far-left Left party have come under suspicion. In late February, the domestic intelligence agency stepped up the surveillance of AfD for suspected extremist links. This move, while not publicly announced by BfV due to ongoing legal battles with the AfD, was leaked to the press and decried by AfD officials.

Of course, the AfD is no stranger to being monitored by the BfV. Its youth wing and some regional branches have been subject to surveillance for over two years. The youth wing has often been compared to Hitler Youth, a banned group in Germany in the wake of the Second World War; the BfV rightfully assumed it merited surveillance. These previous surveillance moves have led to a myriad of ongoing legal proceedings, in which the AfD argues that the surveillance is unlawful. Though unresolved, their legal battles have done little to better their political standing.

The uptick in surveillance occurs in the backdrop of one of the most important elections in modern German history. After 15 years in office, Angela Merkel is stepping down as Chancellor, making way for a new government to form. In addition, this is a super election year, or a superwahljahr, as there are a series of state elections before federal elections take place this September. State elections in Germany usually offer a solid indicator on regional party allegiances.

The AfD is in a political position where it can’t quite afford the hit in the press that this surveillance will bring. AfD’s support has plummeted since the beginning of the pandemic, transforming them from the third largest political party in Germany, to one polling at around 9%. With the centrist government byMerkel actively, and effectively, confronting the pandemic, support for that coalition rose, at the cost of support for the AfD. The largest detractor to their support was their flip flopping position on the government’s handling of the pandemic. Initially pro-Merkel’s policies, they now call the Covid protocols a “corona dictatorship” that attacks the basic rights of Germans. The loss of unity has cost the AfD much of their base.

Ultimately, the surveillance move, while legal, is heavily controversial. Weeks out from state elections, the news, though not confirmed by the BfV, puts the AfD in an even more precarious political position. One of the party’s main outcries is the move is largely election motivated, a ploy by the government to shame the name of the AfD. THe BfV, however, legally must remain apartisan. The AfD is simply shouting into a vacuum of its supporters, hoping to reignite the anti-migrant flame.