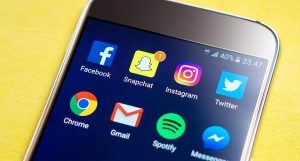 Summary: In May of 2020, President Trump issued an executive order to reform Section 230 – a crucial part of the 1996 Communications Decency Act that provided liability protection for internet companies and granted them the right to moderate their sites as they saw fit. While both Democrats and Republicans have increasingly demanded reform of Section 230 over the last few years, they’ve done so for different reasons. President Trump, the Department of Justice, and the FCC have catapulted discussions for the reform of Section 230 into the spotlight.

Casually named to be the “most consequential law governing speech on the internet,” Section 230 of the 1996 Communications Decency Act was initially created to protect young internet companies from legal liability and allow innovation to flourish. The two primary components of Section 230 are centered on providing immunity to internet companies for the content created by their users and simultaneously allowing them to moderate content as they see fit.

Section 230 was created in response to Stratton Oakmont v. Prodigy, which was eventually heard by the New York Supreme Court, as well. Stratton Oakmont, a securities brokerage firm, sued Prodigy Services for defamation in 1995 because an anonymous user had written on Prodigy’s online message board that Stratton Oakmont had engaged in criminal and fraudulent acts. The New York Supreme Court ruled that Prodigy Services acted as “a publisher” due to its moderation of some posts and establishment of guidelines for certain impermissible content, thus making it liable.

As a result of this ruling, a pair of congressmen, Sen. RonWyden and Rep. Chris Cox, co-authored Section 230 and embedded it into the 1996 Communications Decency Act without much opposition. They were worried that the New York Supreme Court ruling would act as a disincentive for internet companies and websites to block pornography and other illicit content.

Thus, this legislation would simultaneously function as a sword and shield for internet companies. As a sword, internet companies would use Section 230 to keep offensive and harmful materials out based on company discretion; as a shield, Section 230 would be used as liability protection to allow user content to flourish. However, it’s important to note that the this liability protection is not blanket protection for any type of criminal act, like child pornography and violations of intellectual property. Since the enactment of Section 230, courts have repeatedly sided with internet companies, creating a broad interpretation for what immunity encompasses.

The implementation of Section 230 has allowed for internet companies to moderate content based on their own discretion without being liable for everything that is posted by their users. The biggest defenders of Section 230 in its current form includes tech companies. In addition to using Section 230 to support vibrant online discussion and interaction, tech companies also benefit from the lucrative business model supported by this law, which allows them to place advertisements next to largely free content for visitors. However, there are calls from both sides of the aisle for either the reform or complete overhaul of Section 230.

Republicans allege that biased social media platforms and websites have used Section 230 to censor conservative voices. Such regulation of user content on partisan lines is a violation of the spirit of the law because the internet should remain a forum for true diversity of political discourse. As a result, Republicans call for clearer and more consistent moderation practices in order to narrow the ability of internet companies to remove objectionable content on their own discretion.

Trump’s Unlikely Attempt At Reform Through the FCC

In May, President Trump issued an executive order, calling for the Federal Communications Commission (FCC) to create rules to limit the ability of social media companies to moderate content on “perceived anti-conservative” bias. Unfortunately, various legal experts and FCC commissioners argue that the FCC doesn’t have the authority to amend Section 230, given that Congress never granted the FCC power to interpret this rule. In fact, co-authors Sen. Wyden and Rep. Cox even say that they “intentionally wrote the law to prevent the FCC from having this authority in the first place.” The internet service providers being targeted for such increased regulation are also not included under Title II of the Communications Act, because it only includes common telecommunication services. Furthermore, FCC Chairman Pai stressed in August 2018 that the FCC does not “have the authority under the laws that have been passed by Congress and the Constitution” to police social media. Thus, even if the five-person FCC Commission votes to reform Section 230 as President Trump has asked, it is unlikely that such a measure would hold up in court. Regardless of who takes control of the executive and legislative branches in the November elections, this specific attempt to reform Section 230 will likely be tied up in litigation “forever.”

Department of Justice’s Proposal for Section 230

The Department of Justice has also released a legislative package to reform Section 230, separate from the FCC, for the purpose of creating a “safer and more open internet.” It highlights four main areas for reform:

While areas 1-3 are likely to receive bipartisan support because they increase accountability measures to limit dangerous and harmful content, area 4 is likely to be rejected by Democrats. Area 4 is intended to clarify Section 230 in a way that prevents internet companies from removing “otherwise objectionable” content at their own discretion, requiring such a definition to be limited to “unlawful” or “ terrorism-promoting” content instead. Thus, such a measure of reform lines up well with Republican intentions to reform Section 230 in order to narrow social media platforms’ abilities to moderate user content.

Implications for the Future

While it’s unclear whether or not FCC Chairman Pai and the Department of Justice will successfully move forward with additional rulemaking to clarify the meaning of Section 230, calls for some sort of reform of Section 230 are gaining more attention and traction. Since potential measures of reform have grown increasingly partisan over the last few years, the future of Section 230 will likely be determined by which political party gains control of the legislative, executive, and judicial branches in the November elections.