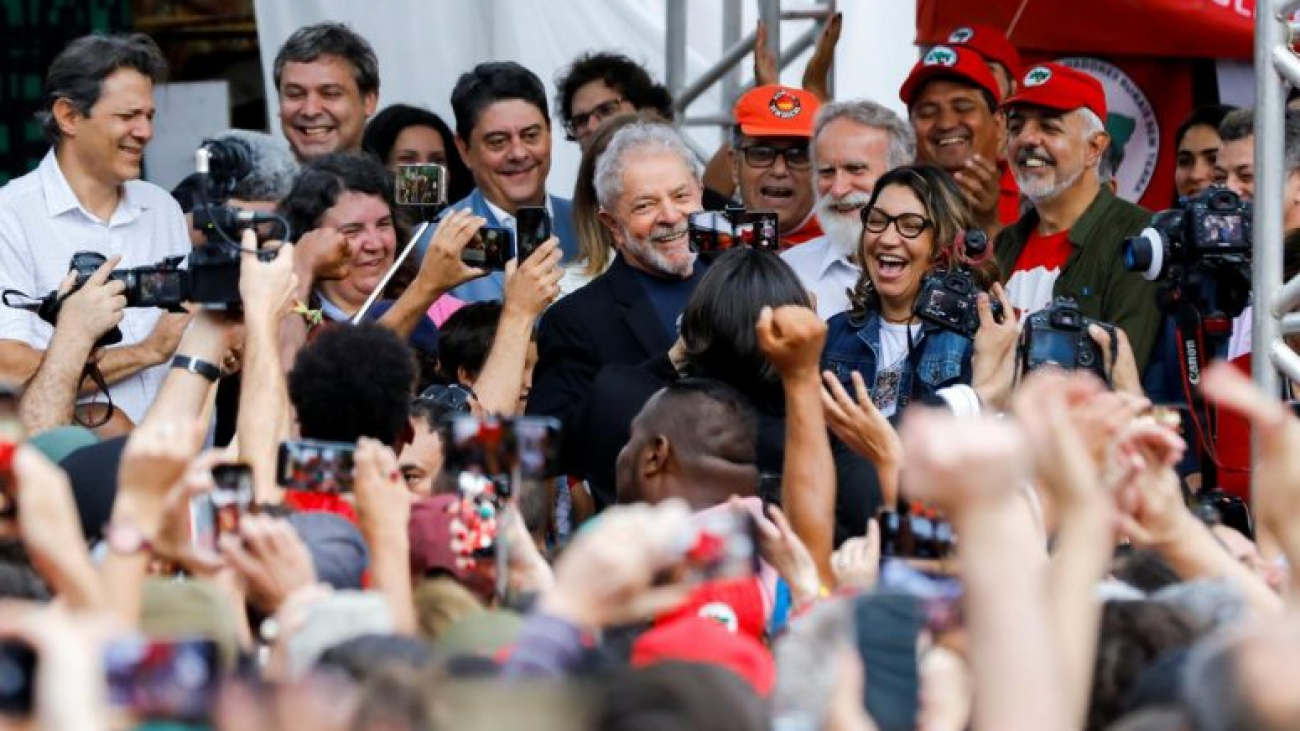 Rise to the Presidency of Luiz Inácio Lula da Silva

Luiz Inácio Lula da Silva is the former president of Brazil, whose term ran from 2003 until 2011. President Lula was born in Pernambuco, Brazil on October 27, 1945. He rose to acclaim in 1975, when the Metalworkers’ Union elected him to be president after he had led the legal section of the union. When elected, he spearheaded the movement in Brazil to increase wages for workers. During this movement, President Lula was arrested by the police for breaching Brazil’s National Security Law. This law, created in 1969 during the Brazilian government’s aversion to political opposition, allowed the government the ability to give their own definition to crimes against national security and allowed them to hold people in detention for up to twenty days without a charge.

After the Military Supreme Court released him from jail, President Lula established the Partido dos Trabalhadores or the Workers’ Party, a socialist political party in Brazil. He represented his party in three presidential elections and finally won the presidency in 2002 against Jose Serra.

Brazil enjoyed fairly successful economic conditions under President Lula. Higher incomes under President Lula increased the number of Brazilians in the middle class by 29 million. Government handouts as well as the refinement of the education system in Brazil contributed to this increase in average salary for Brazilian citizens. In 2010, President Lula claimed that the economy had flourished so much under his guidance that Brazil had “one of the lowest unemployment rates in the history of humanity.”

Indeed, President Lula created many social policies for the citizens of Brazil throughout his presidency. The Programa Bolsa Família (or the Bolsa Family Program), created in 2003, sought to increase the economic standings of lower class families contingent on a variety of conditions, such as children attending school or being vaccinated. The percentage of people living under the poverty line dropped from 13 percent to three under President Lula. Additionally, the Bolsa Family Program was at least partially responsible for the 28 percent decrease in poverty in Brazil from 2002 to 2012.

In 2014, the Brazilian federal government opened an investigation cornering the state oil company Petrobras for allegedly  accepting bribes in exchange for giving construction firms competitive contracts. The Workers’ Party, led by President Lula, was accused of then using these funds to buy the votes and support of Brazilian politicians as well as fund these political campaigns.

Operation Car Wash was the investigation into the corruption of the Brazilian government owned oil company, Petrobras, accepting bribes from various construction firms in exchange for contracts.

In 2018, President Lula was given an 12-year sentence in jail for his crimes. He surrendered and was jailed after Brazil’s top court, the Supreme Federal Court, proclaimed that President Lula could be imprisoned even while his appeals continued. This effectively ended his bid for the 2018 presidency, despite his substantial lead in the polls.

Recently, in a reversal of their 2018 decision, the Supreme Federal Court ruled that defendants could remain free while their appeals are still pending or until they have exhausted all appeal options. Thus, on November 8, 2019, President Lula walked out of jail into a crowd of his supporters. President Lula said to this crowd, “They didn’t lock up a man, they tried to kill an idea. But an idea can’t be destroyed.”

The plaintiffs in the case cited Brazil’s 1998 Constitution when claiming that defendants should be able to stay free while their appeal continued. Title II, Art. 5, Section LVII of the Constitution states that“no one shall be considered guilty until his criminal conviction has become final and non-appealable.”

President Lula’s release comes after much pressure from his supporters in the Workers’ Party. Maria do Rosário Nunez, a Workers’ Party member of Congress, said, “This restores a sense of hope in Brazil. Lula’s freedom can offer a rebuttal to the rigid views they are trying to impose in the country.”

Currently, President Lula will remain out of jail. However, he still remains involved in a number of court cases.

The result of this six to five Supreme Federal Court reversal will have long-lasting and substantial effects on the criminal justice system in Brazil. Now, a person can be imprisoned only after all appeals are finished. The Justice Council of Brazil estimated that at least 4,895 people could request release as a result of this court decision. If granted release, these people would not have to return to prison until all appeals were exhausted.

Justice Alexandre de Moraes, the Minister of the Supreme Federal Court, has stated that this ruling would not benefit aggressive or violent prisoners as judges have already placed preventive detentions in their cases. However, Brazil’s national association of public prosecutors believes that release of Brazilians convicted of aggressive crimes may be possible due to the court’s decision. The effects of this Supreme Federal Court decision and the kind of international precedent it will set will continue to be seen as time continues and more prisoners are released.

Amanda Turner is currently a freshman at Duke from Haverford, Pennsylvania. She is studying Public Policy and Global Health.