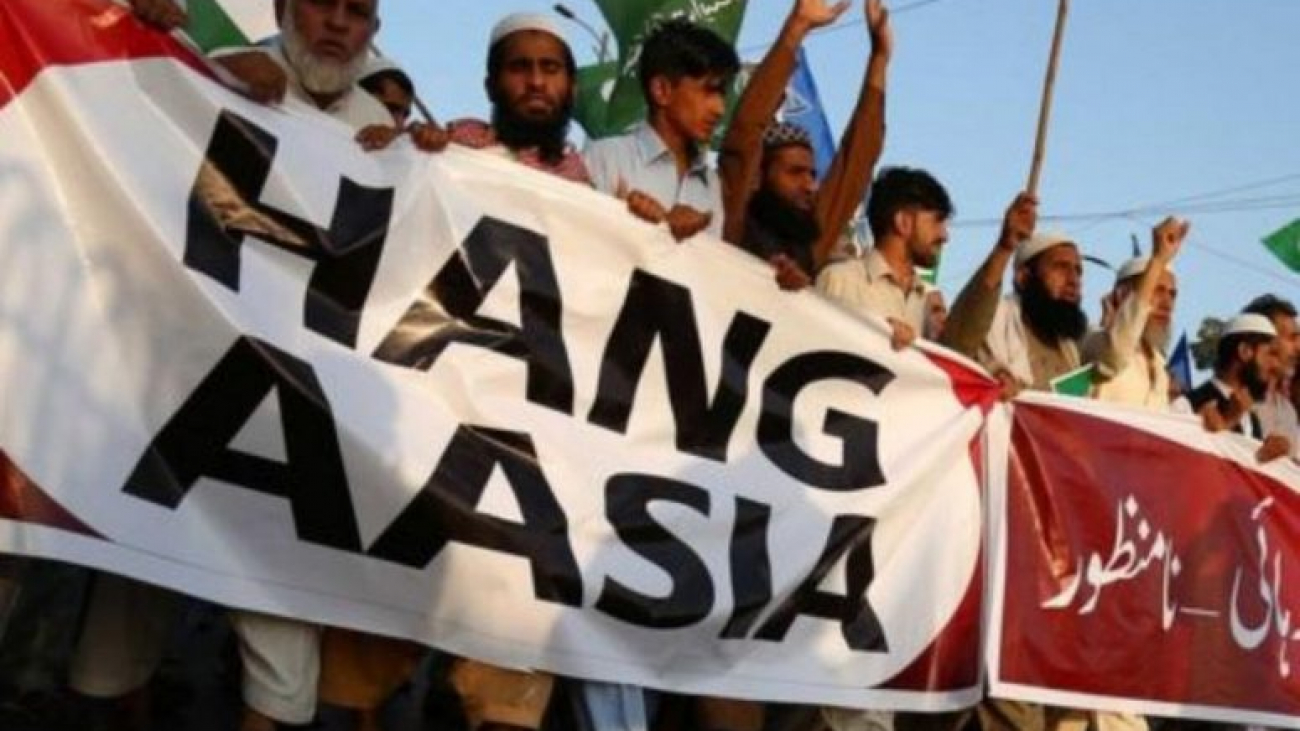 In November of 2010, Pakistani Christian woman Asia Bibi was sentenced to death by the Lahore High Court of Pakistan for violating Section 295 C of the Pakistan Penal Code (PPC). According to Merriam Webster, blasphemy is defined as the act of insulting or showing contempt or lack of reverence for God.

Although Pakistani jurisprudence has been greatly influenced by Western colonialism and federal structure, the Islamic country’s judicial system holds true to many aspects of traditional Islamic law. Religious Islamic law, traditionally referred to as the Sharia, originated from a combination of sacred sources and serves today as a key component of many Islamic governments. The Quran, the sacred text of Islam, is worshipped by Muslims as a revelation from Allah to the final prophet, Muhammad, who in turn compiled these divine messages into the religious texts that are still worshipped today. Many Muslim followers thus consider Muhammad a direct messenger of God sent to revitalize Islam, and hold any oral or written derogatory expression a direct attack on the faith.

Blasphemy against any recognized religion (in this case, Islam) is strictly prohibited and punishable by fine or in rare cases,  death—these rare cases being those that violate Pakistan Penal Code, XV,  295A-C (1986).

In June 2009, Asia Bibi was harvesting fruit with her co-workers when an argument broke out over a bucket of water. Her Muslim co-workers claimed that they could no longer touch the bucket since Bibi’s Christian faith had contaminated it, and demanded she convert to Islam. Defending her faith, Bibi made three remarks about Muhammad. Unfortunately for the Pakistani Christian woman, these comments violated §295C, which states “the use of any derogatory remarks either spoken or written, intentional or unintentional, that defiles the name of Muhammad or other profits shall result in mandatory death or fine.”

Established in 1986, Section 295 C has never once led to execution under current law. The sixty citizens in violation of PPC were murdered before their respective trials had a chance to take place— the most recent case being that of Marshal Kahn.

Kahn was a 25 year old student at Abdul Wali Khan University in the Pakistani province of Khyber Pakhtunkhwa who was accused of posting blasphemous content online. Before the state could even investigate or bring him up on charges, hundreds of his fellow students and professors dragged him out of his dorm room and brutally beat and shot him to death. Khan’s case exemplifies how the accusation of blasphemy has been wrongly used to settle personal vendettas. The Pakistani Police ruled that Khan had not committed blasphemy and charged over fifty individuals with premeditated murder—drawing even more international attention to the blasphemy controversy in Pakistan.

In a country with a population touching 200 million people, only about 3 million practice Christianity. This mobilized Christians everywhere to rush to Bibi’s aid when she was arrested. Pope Benedict XVI and Pope Francis demanded her release, offered their prayers, and met with Bibi’s daughter. Additionally, the Voice of Martyrs, a non-profit, interdenominational organization with a vision for aiding Christians around the world who are being persecuted for faith in Christ, provided platforms for Christians worldwide to write to Bibi and Pakistani officials, offering prayers and condolences alongside pleads for release.

Not only did this vast disparity between the number of Christian and Muslim Pakistanis lead to the widespread Christian belief that she was wrongfully accused, but her conviction sparked Islamic mobilization, or what some might call polarization, as well. Many Islamic religious leaders supported her death under §295C, with renowned, radical cleric Maulana Yousaf Qureshi placing a bounty of 500,000 Pakistani rupees ($5,000) on Bibi’s life.

Qureshi was not alone in his threat of murder for Bibi’s actions. She and her family received numerous death threats, and her husband and four children were forced to flee the country.  In addition to potential harm imposed on her family, Bibi’s conviction resulted in the murder of the only Christian in Pakistan’s cabinet, Shahbaz Bhatti.

Bhatti had predicted his own death for his strict anti-blasphemy law position months earlier saying, “I will die to defend their rights. These threats and these warnings cannot change my opinions and principles.” He lived and died by that statement and in March of 2011, twenty-five bullets were unloaded into the minority minister’s car in Islamabad by the Taliban al-Qaida Punjab—labeling him “a Christian infidel that must be rid of.”

Bibi’s Acquittal and What it Means for the Future

Almost a decade later, on October 31st, 2018, the Supreme Court of Pakistan acquitted Asia Bibi on the premise of material contradictions and inconsistent statements of the witnesseses.

However, as Bibi escaped death row after eight years of what the Court deemed false charges, this ruling brought a whole new frame of issues to Pakistan. Supporters of the Tehreek-e-Labbaik Pakistan (TLP), a quickly growing political party rooted in the desire to punish those guilty of blasphemy, have taken to the streets and shut down traffic in the capital of Islamabad. They plan to continue the riots until the new government of the Pakistan Tehreek-e-Insaf (PTI) accepts their demands for Bibi to be put to death immediately.

Adding to the issue are false reports that Bibi secretly escaped the country to seek asylum, which only further angered the TLP, even though Pakistani officials confirmed that she has not fled. Bibi currently remains in hiding in Pakistan until President Imran Khan returns from a diplomatic visit to China resolve this situation.  Khan is also balancing tensions in the White House with this public outcry, as US President Trump rolls back aid to Pakistan. His decision on how to move forward on the matter will not only hold grand implications for Asia Bibi’s life, but also influence the balance of power in Pakistani politics and set the precedent on how Pakistan Penal Code §295 C will be interpreted in future cases.

Richard Silverman is a sophomore from Delray Beach, Florida, pursuing a major in Public Policy and double minor in History and Psychology.