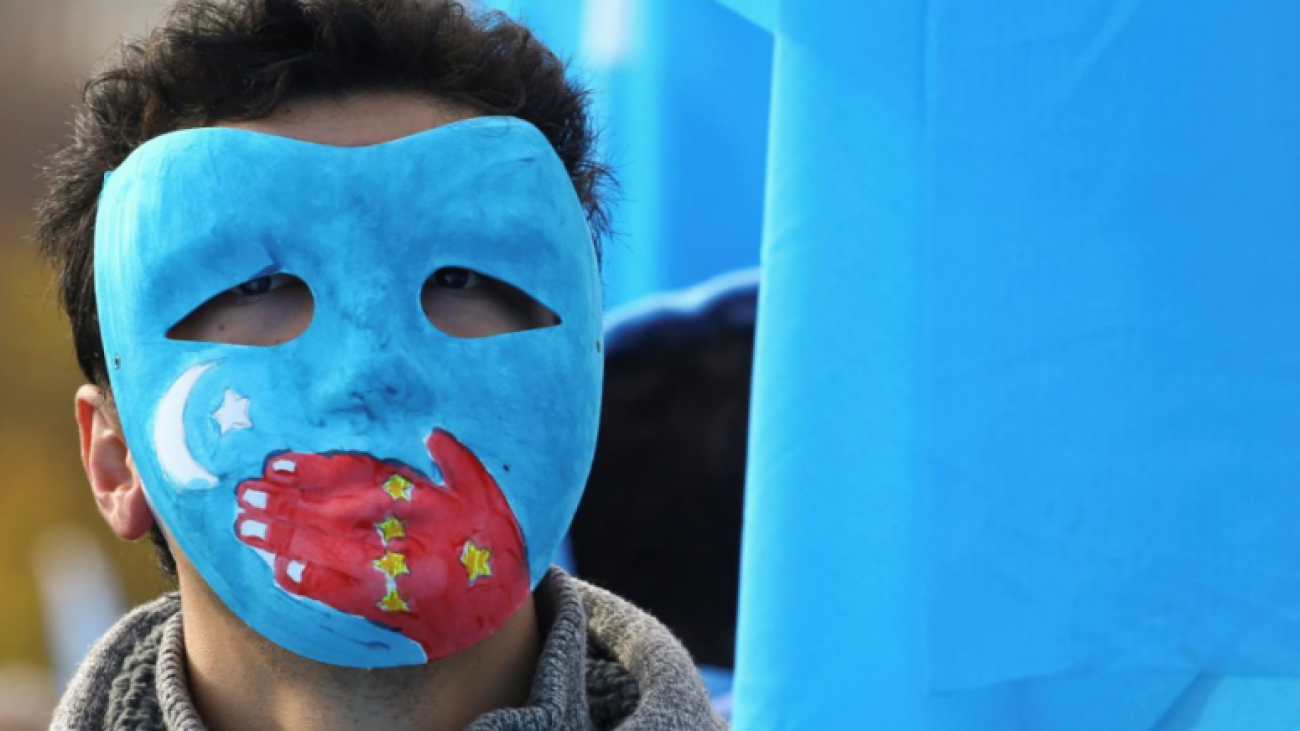 In Xinjiang, the north-west region of China, up to one million Uighurs are being detained in internment camps that have been legally recognized as legitimate re-education camps by the Chinese government. Uighurs are a predominantly Turkish speaking and Muslim minority in Xinjiang. Since the implementation of an anti-terrorist campaign in Xinjiang in 2014, the number of Uighurs arrested and detained has increased substantially and continues to grow. Although the existence of these internment camps was initially denied by the Chinese government, the government now recognizes and legitimize the camps as “vocational skills and educational training centers” through updated legislation. This new form of legal recognition and substantiation for the region of Xinjiang’s actions marks a shift in the Chinese government’s attitude towards the camps, suggesting a sense of ownership rather than shame. Yet, the U.S. Congressional-Executive Commission on China calls these camps “the largest mass incarceration of a minority population in the world today.”

Initially, the Chinese government denied the existence of these internment camps, instead replying to international criticism that they were sending petty criminals to “education and training centers.” However, there had long been international skepticism that the Chinese government is detaining hundreds of thousands of Uighurs and believes that they are associated with extremist actions and terrorism. Recently, the Chinese government updated their legal policy to officially legitimize and recognize these camps, affirming the skepticism of international human rights organizations. However the government has yet to fully admit the true purpose of the camps or what actually occurs inside the confines. Additionally, the government declined to release information regarding both the number of camps in existence as well as how many people are currently being held in the camps, although the number of people in the camps is estimated to be around one million.

These internment camps, also known as re-education camps according to the Chinese government, were created for Uighur Muslims specifically in Xinjiang who the Chinese government believe are influenced by extremism. The camps are heavily secured through prison-like surrounding walls, security fences, extensive surveillance systems, watch towers, and are guarded by armed forces, none of which suggest that these camps are merely education centers. Recently, a Chinese TV station gave a look inside the camps. The propagandist TV program revealed students studying a variety of nationalistic topics such as Mandarin, job-relevant skills, and China’s various legal codes. Additionally, a young woman who was interviewed in the video testified that she didn’t know where she’d be if she wasn’t at the camp, and that she perhaps “would have followed those religious extremists into a life of crime.” No other source of media has been allowed inside the camps. Detainees who have been released from the camps describe them differently, reporting forced activities such as listening to lectures and singing hymns praising the Chinese Communist Party in order to remove any devotion to Islam. Some sources have also suggested that there is both physical and mental torture in the camps, and that those who do not follow the rules exactly or cannot remember the words to a hymn are deprived of meals. There are also testimonials of former detainees who have testified to the brainwashing and humiliation, along with torture, that occurs in the confinements of the camps.

Chinese legal authorities have now updated legislation to legalize these re-education camps and in doing so have openly admitted to the existence of these camps. This revision, issued by the regional legislature, recognizes the camps’ usage as part of the Chinese government’s overall efforts to eliminate “religious extremism” in Xinjiang. Examples of behavior included in the new legislation that could result in detainment include practicing the Islamic concept of Halal to areas outside of diet, refusing to watch state TV channels and listen to state radio, as well as preventing children from receiving a state education. There have been laws in the past that have also pushed this anti-extremist agenda to suppresses the Uighur population of Xinjiang, including a ban in 2017 on men growing “abnormally” long beards or wearing veils in public locations. Further, there have been laws which ban the promotion of religion, which extend to something as simple as having an unusual name.

The scope of the human rights violations occurring in Xinjiang hasn’t been seen in China for over 50 years since the Chinese Cultural Revolution. The occurrences in Xinjiang have gained attention from the United Nations, specifically the UN Responsibility to Protect. The UN Responsibility to Protect, or R2P, is a commitment by the United Nations to “end the worst forms of violence and persecution,” specifically by helping populations at risk for genocide and taking action against war crimes and crimes against humanity. R2P doesn’t seek to impose upon another state’s sovereignty, but rather aims to protect populations against human rights violations when the state’s ability to do so is incapacitated or if the state itself is the one committing human rights violations. It is difficult to determine the degree to which the internment of Uighurs in Xinjiang falls under the purview of R2P, as well as if other states can and should intervene in the situation. However, with enough global and social pressure and the possibility of external investigation, the Chinese government could potentially close the camps to uphold their international reputation. Through China’s new legalization and public recognition of the camps, more social pressure, both from the public eye as well as the international humans rights community, will be placed on the Chinese government to end the oppression of Uighurs in Xinjiang.