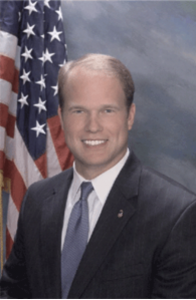 Summary: The appointment of Chief of Staff to the Attorney General Matthew Whitaker as acting Attorney General after resignation of Jeff Sessions has raised questions about the constitutionality of the appointment. Although these questions stem from concern about Whitaker’s position on the Mueller probe, they are nonetheless legitimate, unanswered questions about the constitutionality of the president appointing someone not confirmed by the Senate to an office that answers only to the president.

Justification for the legality of the appointment can be drawn to the Federal Vacancies Reform Act (FVRA), which allows the president to appoint, in the cases of resignation, death, or incapacitation, another to fill that position for a limited time. It is not clear, however, whether the appointment of an individual as a principal officer, an officer that answers only to the president, must be someone that is confirmed by the Senate. FVRA does state that in the case where an individual is no longer able to fulfill the duties of their role, either the first assistant of the officer, a presidential appointed and Senate confirmed individual, or a presidential appointed and senior office of that agency may replace, for a limited time, the vacancy. According to this reading, the FVRA clearly permits the president to appoint someone such as Whitaker, who occupied a senior position as Chief of Staff to the Attorney General, to take up the office of the Attorney General.

This interpretation, however, may run contrary to the Appointments Clause of the Constitution, as the clause requires every principal officer be Senate confirmed. In United States v. Eaton, the Supreme Court permitted a diplomatic vice counsel to serve for a limited time and under special and temporary conditions as an acting principal officer. Therefore, it is not that the appointment of an individual to a principal officer’s position is without precedent. In a more recent case, however, Justice Thomas’s wrote a concurring opinion declaring that a president may never appoint an individual to fill the position of a principal officer no matter for how short a time unless confirmed by the Senate. However, as the opinion is merely a concurrence, the argument does not present any weight as legal precedence. An argument forwarded by the  Office of Legal Counsel classified the individual acting in the role of the principal officer as an inferior officer, and therefore does not need to confirmed by the Senate. On the other hand, Justice Thomas’s concurrence questions whether an appointment is temporary if they are to exercise all the powers of that office.

Even if the president has the power to appoint a non-Senate confirmed individual to the job of a principal officer, the Justice Department already has a statutory line of succession for when the Attorney General is no longer able to fulfill the duties of the office. The question now shifts to whether the more general FVRA supplant the more specific statute that details the line of succession. Generally, specific statutes override broader statutes. If this is indeed the correct interpretation, then the acting Attorney General should instead be the Senate-confirmed deputy Attorney General, Rosenstein, instead of Whitaker. The Office of Legal Counsel’s conclusions in 2007 diverge from those of conventional application of the law, instead ruling that FVRA does indeed give the president the powers to override the more specific statute of succession.

The constitutionality and legal implications of Whitaker’s appointment is important since he had called Robert Mueller’s investigations a “witch hunt.” Democrats have called for Whitaker to recuse himself, noting his past comments on the probe and several conflicts of interest. Should Whitaker not recuse himself, House Dems say they will summon him, by subpoena if necessary. The legal questions addressed above will be the focus of Democrats and the courts should Senate Democrats move forward with a lawsuit against the appointment of Whitaker. Whether the legal problem of succession will be resolved may hinge upon Whitaker’s actions; should he recuse himself from the Mueller probe, the Democrats will likely not pursue legal challenges to the appointment of a non-Senate confirmed individual to a principal office, and the questions regarding succession and the FVRA will still go unsolved.

Mochen Ma is a sophomore in Trinity, studying Political Science with concentrations in Security, Peace, and Conflict, and Political Theory.

Are America’s Antitrust Laws Prepared for the 21st Century?

Summary: In the twenty-first century, amidst significant changes to the American and global economy, our century-old antitrust laws may be lacking the key protections needed to regulate the giants of today’s economy, despite their past successes in breaking up monopolies. In response to the increasing power of the Standard Oil Company, who controlled the refining of more than 90 percent of oil in the United States by 1880, Ohio Senator John Sherman proposed the Sherman Antitrust Act to preserve “free and unfettered competition as the rule of trade” by breaking up monopolies. 128 years later, a new challenge is faced as courts must decide whether or not the technology magnates of the twenty-first century are in violation of existing antitrust protection. In addition to the 1914 Sherman Antitrust Act, the Clayton and Federal Trade Commission Acts expanded protections against “conspiracy…in the restraint of trade” and “unfair methods of competition,” respectively. […]

Summary: The Supreme Court’s move to the right has raised questions of the Court’s ability to enforce its rulings.  To many Americans, the confirmation of Justice Brett Kavanaugh marked the Supreme Court’s move to the ideological right. The country is wondering how this will affect rulings on landmark issues such as abortion, religious liberty, the rights of the LGBTQ community, and more. Americans have long looked at the Supreme Court as an authority to protect the people from unconstitutional executive actions, laws, and statutes. It is often seen as the last line of defense to protect civil liberties. However, the Constitution does not establish a basis for the court to enforce its decisions. In early American history, the Court’s role in government was unknown. The Constitution, in Article III: sections one and two, establishes the Supreme Court as the highest court in the land. It was not until 1803, that […]