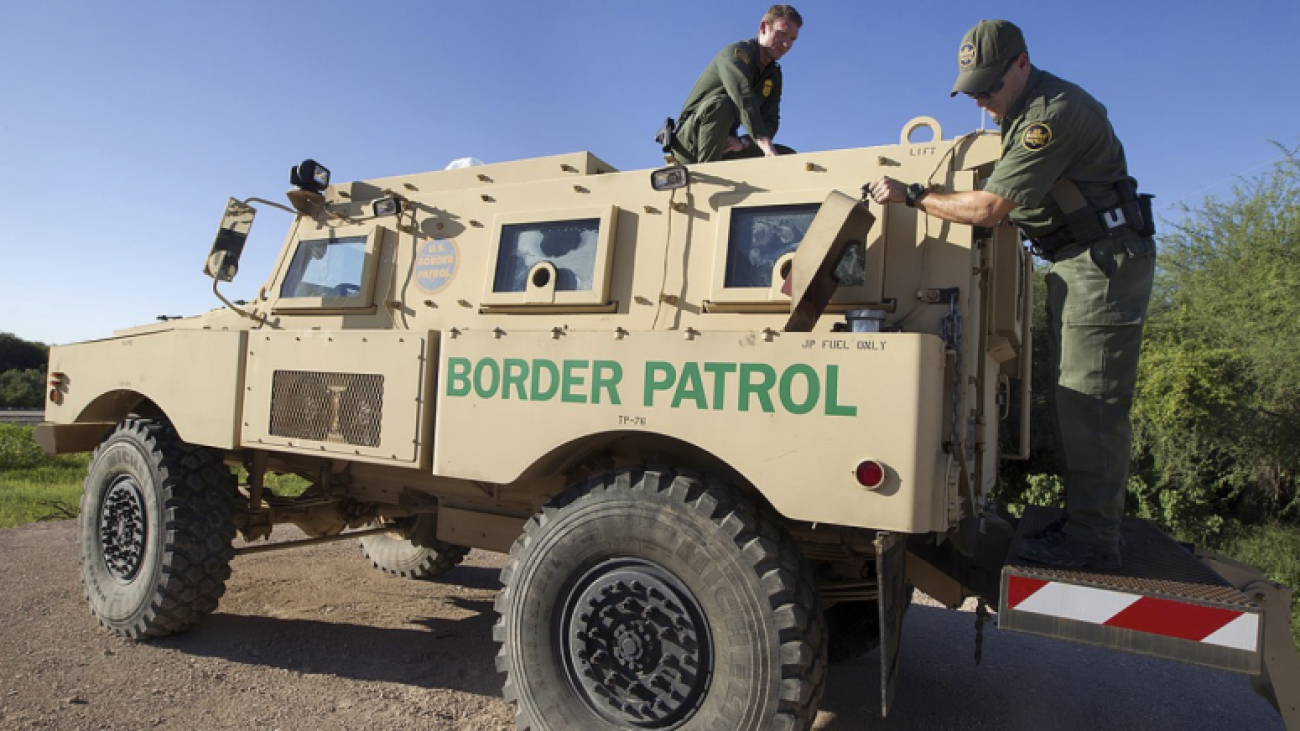 Summary: U.S. government officials sometimes must make discretionary decisions in split-seconds with only limited information. To protect these officials from personal, civil lawsuits, the idea of qualified immunity was born. However, questions are raised when a discretionary decision kills someone who is not a citizen and it occurs outside of US territory. These are the questions that Swartz v. Rodriguez seeks to answer.

In October 2012, Lonnie Swartz, a U.S. border patrol agent, shot and killed 16-year-old Mexican national Jose Antonio Elena Rodriguez. He was shot approximately 10 times through the border fence that separated the United States and Mexico, all entering the body from behind. Agent Swartz was standing within the United States during the shooting and Mr. Rodriguez was wholly in Mexico. Swartz claimed that the deceased, referenced as J.A. in court documents, threw rocks at him; however, the First Amended Complaint submitted to the courts claim that J.A. had not thrown rocks nor committed any crimes. J.A.’s mother, Araceli Rodriguez sued Lonnie Swartz for money damages, claiming that Swartz violated her son’s Fourth and Fifth Amendment rights.

In the United States, government officials taking discretionary actions may be entitled to qualified immunity, the protection of being personally sued for monetary damages. This idea allows for the officials to be free from harassment or the idea of possible lawsuits while conducting their jobs. Qualified immunity does not prohibit criminal prosecutions or from victims to sue the government in whole, but rather protects individual officials from civil lawsuits. Lonnie Swartz, should qualified immunity apply, would gain immunity to the Rodriguez lawsuit for monetary damages.

The Ninth Circuit Court decided to rule in favor of Rodriguez on the grounds that, despite no Congressionally mandated method to resolve the case, “no other adequate remedy is available.” The Circuit Court extended the decision in Bivens v. Six Unknown Fed. Narcotics Agents, a decision that allows for citizens to sue government officials, but a decision which the Court has been hesitant to extend. Swartz has since appealed the decision to the Supreme Court raising key questions. The first is whether the extension of Bivens and creating implied remedies under Bivens in the context of national security and foreign relations is appropriate. The second is whether the Fourth Amendment applies to a Mexican citizen with no connection to the United States.

There are four cases whose basis could give insight into how the Court, should they choose to hear Swartz, may be decided. The first case is Bivens v. Six Unknown Fed. Narcotics Agents as decided in 1971. The Bivens decision allowed for government officials acting in discretionary ways to be sued for monetary compensation if the officials violated the petitioner’s constitutional rights. The Court ruled that the relationship between a private individual and a federal agent was different than that between two private individuals. They continued that, should the power dynamic between a federal agent and a private individual cause violation of constitutional rights, it becomes the job of the judiciary to resolve such injustices. In recent years, however, the Court has been reluctant to extend the Bivens decision beyond two other cases: Davis v. Passman (1979) on the grounds of Fifth Amendment violations, and Carlson v. Green (1980) on the grounds of Eighth Amendment violations. Since the Court’s decision in Ziglar v. Abbasi (2017), it is unlikely that the Court will expand the areas of violations for Bivens to apply, as Abbasi clarified that Bivens would not apply under special conditions.

The second precedent established the parameters for when qualified immunity could apply. In Harlow v. Fitzgerald (1982), the Court decided that qualified immunity protects government officials from “liability for civil damages insofar as their conduct does not violate clearly established statutory or constitutional rights of which a reasonable person would have known.” The standard, reiterated in Saucier v. Katz (2001) and Pearson v. Callahan (2009), states that if either the condition that there is no constitutional question or the condition that the right is not clearly established for a reasonable person is met, then the government official is entitled to qualified immunity.

In Tennessee v. Garner (1985), the Court ruled that a Tennessee statute allowing the use of deadly force to apprehend fleeing suspected felons was unconstitutional. The decision classified the use of force on fleeing suspects as a form of “seizure”, and the allowance for the use of deadly force by the Tennessee statute constitutes an unreasonable seizure, thereby violating the Fourth Amendment. The Court decided that deadly force on an apparently unarmed, escaping suspect may not be used unless the officer believes that the suspect poses a significant threat of death or serious physical injury to the officer or others.

The most recent and most relevant case is that of Hernandez v. Mesa, decided in 2017. In the case, U.S. Border Patrol agent Jesus Mesa, Jr., while on U.S. soil, shot and killed Mexican national Sergio Adrián Hernández Güereca while the latter was on Mexican soil. The petitioner similarly filed claims that Hernandez’s Fourth and Fifth Amendment rights were violated. The Court did not rule on the grounds of Fourth Amendment claims, stating that the ruling could have consequences that are far-reaching, and with guidance provided in Abbasi, the Court did not need to decide the Fourth Amendment question. To answer the Fifth Amendment question, the Court argued that because the nationality and possible ties of Hernandez was unknown to Mesa at the time of the shooting, Mesa did not violate any clearly established rights Hernandez may have. Furthermore, the Court clarified the Fifth Circuit’s decision to grant qualified immunity based on information of Hernandez’s affiliations gathered post hoc. The Court said that any information gathered post hoc can have no bearing on whether qualified immunity is awarded to the government official.

Araceli Rodriguez makes two claims against Swartz. First, the agent violated her son’s Fourth Amendment rights, and second, the agent violated her son’s Fifth Amendment rights. Both of these violations have already been established by precedence to be the reason for the extension of Bivens. The question then becomes whether Swartz is protected from the lawsuit under qualified immunity.

To be protected by qualified immunity, the actions of Swartz must “not violate clearly established statutory or constitutional rights of which a reasonable person would have known.” Thus, the question is twofold: are the Fourth and Fifth Amendment violation claims valid? And is Swartz liable for either or both of them?

Swartz and Hernandez are almost identical in the fact pattern, save one important distinction. In Hernandez, the victim had been illegally crossing over to the United States soil and whose friend had been apprehended by Mesa. In Swartz, Rodriguez had not provoked the agent and was shot while walking home. Whether this difference is significant enough in the eyes of the Court to uphold Swartz but not Hernandez is unlikely. The distinction is not necessary for addressing the Fifth Amendment violation allegations. Just as in Hernandez, the agent in Swartz was not aware of the nationality or potential ties of Rodriguez, and therefore the right is not clearly established; Swartz has qualified immunity from the Fifth Amendment violations.

The more interesting question is whether Swartz violated a clearly established Fourth Amendment right of Rodriguez. The Ninth Circuit Court reasoned that first, no reasonable person in Swartz’s position would shoot down Rodriguez and that because there are no other ways to remedy this wrong, the Court must extend Bivens, an implied remedy for such cases to hold the government accountable. The answer to the first reasoning by the Circuit Court could have a broad scope of implications on national security, drone surveillance, and many other U.S. operations in foreign territories. To say that Swartz does not have qualified immunity in regards to the Fourth Amendment question would be to imply that there is a clearly established Fourth Amendment right to individuals who are not known to be citizens on foreign soil. This is the similar question asked in Hernandez on the Fourth Amendment. The Court may once again try to avoid this question; however, the facts of the case could push the Court to consider the lack of accountability for U.S. agents acting in ways that would not be acceptable if the victim were a U.S. citizen. Nonetheless, the Court has decided that the powers of the Constitution only extends until the physical limits of the United States (save for the exceptions granted in Boumediene v. Bush (2008)). With such a precedent, the Court, if issuing a decision on the Fourth Amendment question, may likely side with Swartz.

Because of the Court’s reluctance to extend Bivens, they may either not answer the question of whether the decision implies that it is a way to hold government officials accountable, or they may choose to reject such an interpretation. Whether the Court affirms or negates the Ninth Circuit’s interpretation, the implications are wide-ranging. If the Court affirms, then there may be worry from officials that their actions could lead to personal lawsuits and may stop officials from making the correct decisions in fear of the legal problems that may ensue. If the Court negates, then save the most egregiously obvious cases of incompetence or maliciousness, government officials could expect that they will be protected from lawsuits.

In summary, the likely decision by the Court will be to reverse the decision of the Ninth Circuit Court and avoid the questions on the Fourth Amendment, by following a similar logic to the Court’s in the Hernandez ruling. To do so, the Court may reverse the Ninth Circuit’s interpretation that Bivens implied a pathway to hold government officials accountable, along the lines of reasoning that the Court should not dictate legislation and that Congress will remedy such accountability issues through legislation if need be.

Mochen Ma is a sophomore in Trinity College at Duke University majoring in Political Science and Mathematics.