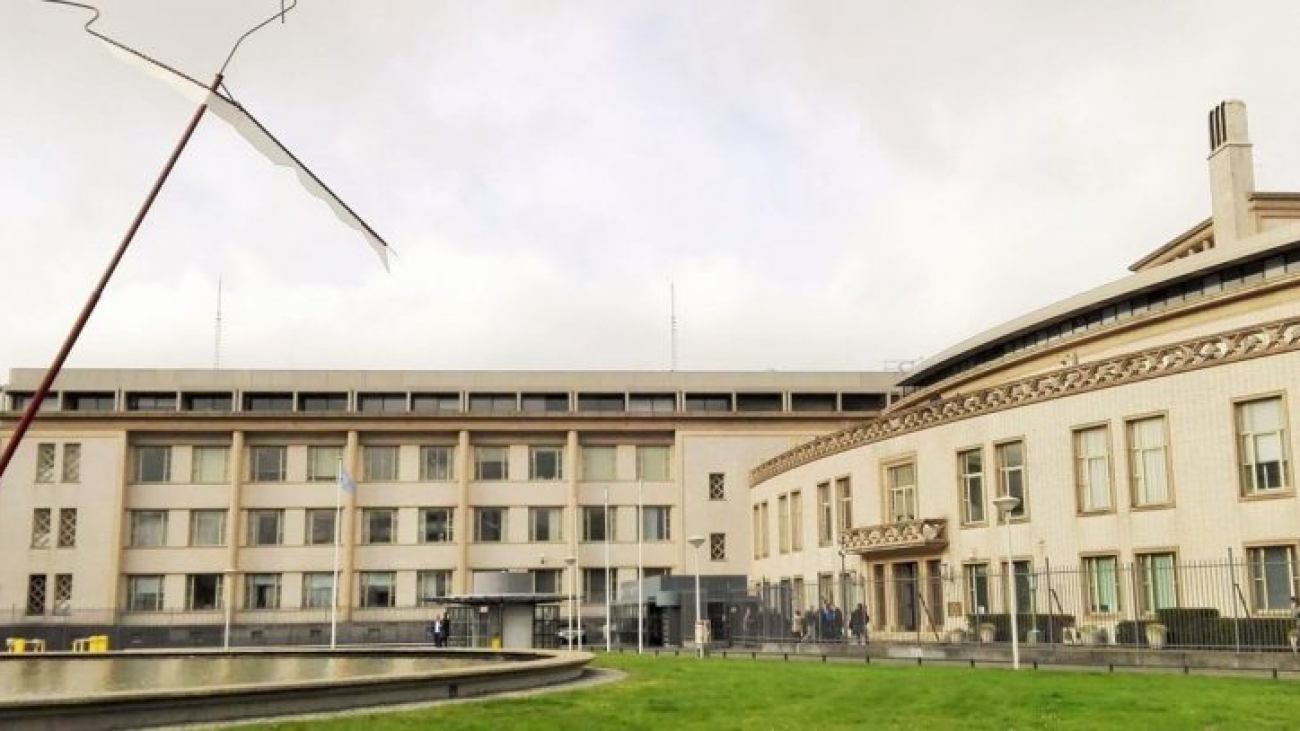 Nearly twenty-five years after the founding of the International Criminal Tribunal for the Former Yugoslavia, there remains a lack of analysis regarding the impact of severe war crimes on cultural property. The Yugoslav Wars precipitated the growth of numerous paramilitary groups that sought havoc and unrest amongst villages and towns that did not share their ethnic makeup or cultural affiliation. Do International Criminal Tribunal cases in which cultural property was destroyed result in relatively consistent outcomes; if not, is there greater penalization for individual violators or coalition violators in the former Yugoslavia? If an explanation can be provided for possible inconsistencies amongst sentence length between coalition and individual violators, the results can be applied to the United Nations enforcement of Article III of The Hague Convention deter future violators from committing crimes directed at cultural property, and provide insight as to whether inconsistencies in sentence length exist beyond the region which once comprised the former Yugoslavia.

The Tribunal differentiates between a war crime and a domestic offense by delineating that a war crime is dependent upon the environment or the armed conflict in which it is committed whereas a domestic offense involves the destruction, damage, or plunder of private property. The armed conflict does not need to have been caused by the crime but the very presence of the armed conflict and the “perpetrator’s ability to commit it, his decision to commit it, the manner in which it was committed or the purpose for which it was committed” make the action subject to review. While this element of the law, purely defines what a war crime is – this statute is often coupled with Article 18.1 of the Convention for the Protection of Cultural Property in the Event of Armed Conflict – which states that the Convention “shall apply in the event of declared war or of any other armed conflict which may arise between two or more of the High Contracting Parties. Section D of Article 3 of the statute defines violations or customs of war regarding cultural property to include the seizure, destruction, or purposeful damage to the the institutions dedicated to religion, charity, education, arts and sciences. The application in this quote of the Tribunal’s statute to purely international armed conflict is then expanded in Article 3 of the statute to cover both international and national armed conflict. While at the time of its creation, this statute was intended to only apply to wartime, the 1999 Second Protocol clarified that there is a need for preparatory measures to ensure protection of cultural property in peacetime.

The events that took place between the Croatian Defense Council and the Bosnian Muslim Army in the Lasva Valley region illustrate a discrepancy between incursion classified as “single” or “coalition”. The Ahmici massacre was the precipitous event during the Croak-Bosniak War that culminated the Lasva Valley ethnic cleansing committed by the Croatian community of Herzeg-Bosnia’s leadership on the Bosniak civilians in April of 1993. Tihomir Blaskic, a Croatian general, convicted in March of 2000 for offenses including violations of law and customs of war under Article 3 destroyed religiously affiliated educational institutions across twelve towns and villages in the Lasˇva Valley in the central part of Bosnia and Herzegovina. The Trial Chamber found that in order for Article 3 Section D to apply, the damage or destruction must have been intended to damage or destroy intentionally institutions that are clearly identified as serving a religious or educational purpose and were not being used for a military purpose at the time the act was committed. Alternatively, if it was proven that the damage caused to these religious and educational institutions could be seen as legitimate collateral damage, then that would be a violation of Article 3 Section D.

There are two types of protection for cultural, historical, and religious monuments under the jurisdiction of international courts. There is a general protection under Article 52 of Additional Protocol I which applies to civilian objects. The protection notes that a building or a monument cannot be destroyed unless it has been turned into a military object. A military object in this case constitutes a definite military advantage at the time of the attack. Schools and places of worship constitute this category. Secondary to these objects, certain objects not included in this list are given special protection. The Hague Convention prohibits against committing any act of hostility directed towards a historic monument, work or art, or place of worship that constitutes the “cultural or spiritual heritage” of people. It is also a breach in international law to use these objects in support of a military object. The crimes that Blaskic was indicted for were conducted by his troops – yet they were under his command against Bosniaks in central Bosnia. The breaches of customs of war and crimes against humanity equated to a grave violation of the Geneva Conventions. The specific charges levied against him included illegal attacks on civilian property, illegal attacks on civilians, infliction of grievous bodily harm, looting of public or private property. Blaskic destroyed religious and educational institution from August of 1992 until September of 1993 in numerous towns and villages. The case was in appeal through July of 2004 and the International Criminal Tribunal of Yugoslavia dismissed 16 out of 19 counts of the initial indictment yet they did find that Blaskic had responsibility for the massacre in Ahmici. The Ahmici massacre was the largest massacre committed while the Bosniak government fought against the Bosnian Croats. The massacre was a response to the Bosnian Croat’s 1993 decision to implement the creation of “Croatian Provinces” instead of implementing the Vance-Owen plan which had been approved by the United Nations and would have divided Bosnia into ten semi- autonomous regions. The ICTY Trial Chamber, the judicial oversight committee for the International Criminal Tribunal for the former Yugoslavia, found that there was Blaskic had launched a planned attack against the Bosnian civilian population. The attack had been preceded by several political declarations including conflict between the Croatian and Bosnian forces. On the day of the attack, the telephone lines were cut and communication exchanges in Vitez were under HVO control. While a majority of the casualties resulted from human rights violations with 117 civilians being killed, 180 out of 200 Bosniak homes in the region were burned. The Commission on Human Rights found that all the Bosnian Muslim homes in Ahmici and the surrounding regions had been burned and several religious buildings were destroyed. Two of the mosques were mined and explosively had been carefully placed inside to destroy all shrines and visitors. The defense for Mr. Blaskic based their argument on the belief that there is a double chain of command which caused confusion regarding whether or not the holy sites that were destroyed were in fact cultural property and not military strongholds. The court accepted this claim and only reaffirmed the lesser charges that he was indicted for including responsibility for inhumane treatment of Prisoners of War.

Instead of the 45 years that Mr. Blaskic potentially could have been in prison, he was only sentenced to 9 years for the destruction of the town of Busovaca, and then charged an additional 11 years for the murder of civilians and disregard for the murder of civilians within cultural property sacred to the Bosnian Muslim population. The reduction of his 45 year sentence for destruction to cultural property such as the mosque of Donji Ahmici was reduced by 36 years because the Tribunal found his argument compelling that he did not have command responsibility for the troops that destroyed the cultural property. However, his military jurisdiction included oversight – therefore leading to an additional 11 year sentence for condoning the murder of civilians within the religious monuments.

Kordic & Cerkez were accused of unlawfully prosecuting citizens, attacking civilians, and committing murder, inhumane acts, imprisonment, wanton destruction not justified by military necessity, plunder, and destruction or wilful damage to institutions dedicated to religion or education. Kordic ordered the attack on Ahmici – which resulted in an attack that led to the death of 100 Bosnian Muslim civilians. The Trial Chamber sentenced Kordic to 25 years of imprisonment. Cervez was convicted under Article 7 for committing prosecutions for the same crimes as Kordic. He was sentenced to a single sentence of 15 years of imprisonment for taking civilians as as hostages; however, the Trial Chamber acquitted Cerkez of the human rights violations he committed in Ahmici. Borth Kordic and Cervez appealed their convictions regarding plundering of cultural property. Kordic submitted that he was denied equality of arms and did not receive a fair trial and that there was a mistrial due to uncorroborated hearsay evidence. Additionally, Kordic contended that the Trial Chamber was incorrect in finding that the Muslim-Croat conflict in Central Bosnia was unilateral in nature. Kordic posited that there was no support for international law in penalizing the destruction or damage to normal educational institutions. According to his testimony, he believed there is no support that schools in the locations of interest contributed greatly to the cultural heritage of different groups of people or contained valuable books and works of art and science. In order for Prosecution to make their argument, they rely on three treaty provisions to support their position. The buildings that were destroyed were immovable property that was culturally important to Bosnian Croats.

The last appeal was on the grounds that there was no international armed conflict that existed prior to mid-April of 1993. Cerkez attests to an absence of international armed conflict at the time; an erroneous conviction, mistrial, and an excessive sentence. In the case of the Trial Chamber, if one party claims that there is an error of law, the Appeals Chamber determines whether there was in fact a substantive or procedural error. The Appeals chamber cannot overturn a decision but they can reverse or revise a Trial Chamber decision if they find that there is an error, and that error invalidates the decision. The findings of the Trial Chamber were that both young and old people were murdered or expelled and their houses were burdened. Thousands of people were expelled from the region. The forcible transfer of people and attack on cities, towns, and villages and the subsequent plundering and destruction of those villages — including several holy sites — constitutes a breach in international law. Following the court proceedings and subsequent appeals filed by both Kordic and Cerkez, Kordic received 25 years of imprisonment and Cerkez received 15 years of imprisonment. Comparatively, coalitions involved in the Ahmici massacre received by members of the Croatian Defense Council, or HVO, who blew up various minarets received anywhere from 4 years to 13 years in prison. The leader of the attacks on Lapsunj village and the holy sites within it, Zeljko Jukic, received an initial sentence of 13 years in prison, which was lessened to 10 years. His sentence is the most severe of HVO. Therefore, it can be concluded from analyzing case studies in which cultural property was destroyed, damaged, or plundered by an individual perpetrator, that the imprisonment and long term repercussions are far more severe than those committed by coalitions.

It can be concluded that in these individual cases surrounding the Ahmici massacre, individual offenders face more substantive penalties than coalition offenders. It also should be noted that the burden of evidence may be higher for coalitions because the Tribunal cannot make a uniform ruling for a group of war criminals if it is believed that the constituent criminals within the coalition had varied roles in the destruction of the cultural property.

Rachel Sereix is a senior from Hollywood, Florida majoring in Political Science. She is co Editor-in-Chief of the publication.