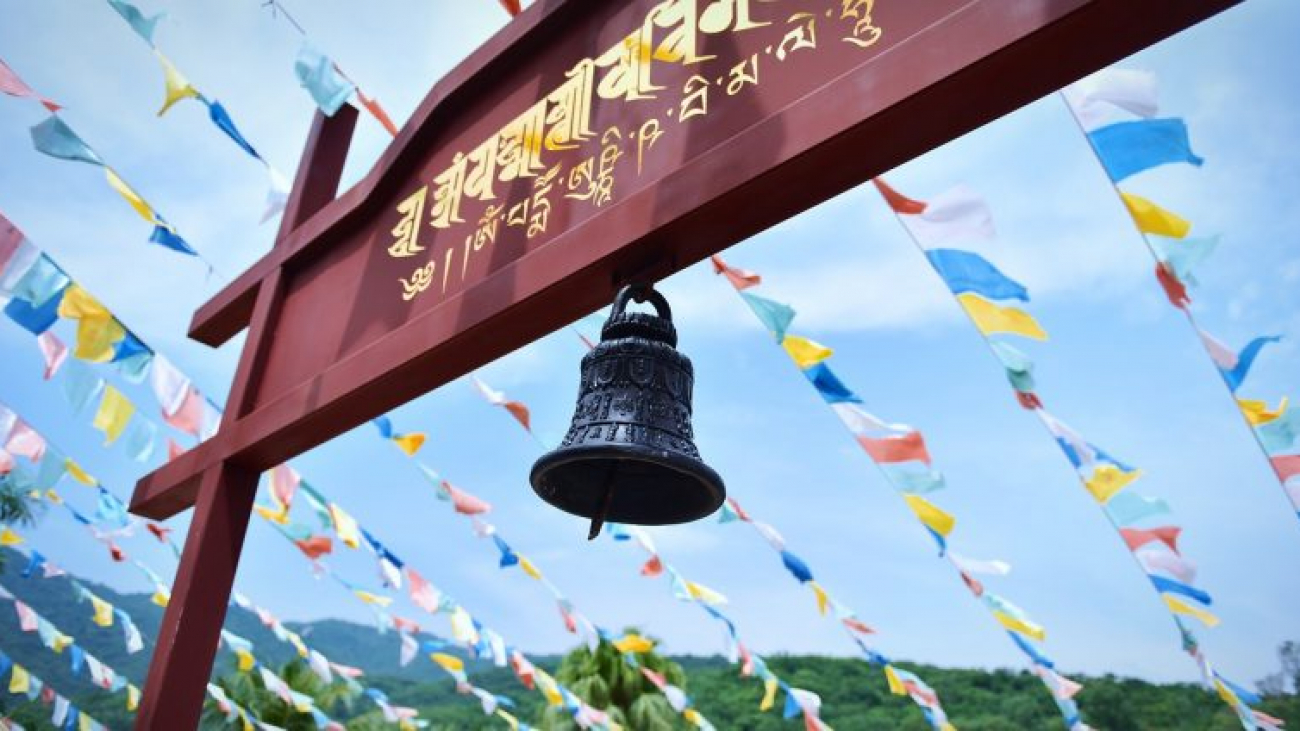 In summer 2016, the Permanent Court of Arbitration in The Hague’s rule in terms of China and the Philippines’ territorial disputes in the South China Sea caught worldwide attention. According to the rule, China’s historical claim to the South China Sea, or the “nine-dash line” claim, has no legal basis. Although the tribunal urged China to abide by the United Nations Convention on the Law and the Sea, or the UNCLOS, and to respect neighboring countries’ sovereignties, China replied that it “neither accepts nor recognizes” the court’s award. Almost two years after the ruling, the disputes are still far from being resolved. China has constructed a number of artificial islands in this region and deployed military facilities on them. Despite the rule, the balance of power persists between China, the Philippines, the United States and other regional powers.

Several questions therefore arise: if the UNCLOS sets clearcut and undisputed rules regarding the rights and responsibilities of nations with respect to their use of oceans and relevant resources, why do maritime disputes continue to emerge? If the Permanent Court of Arbitration in the Hague has certain legal authorities, why is China allowed to ignore its rule? How does China’s construction of manmade islands change the entire picture? How does International politics play into the game? In this article, I will try my best to provide an answer to these questions.

The South China Sea refers to a part of the Pacific Ocean, located south to the Chinese mainland. Adjacent countries and regions include the People’s Republic of China, the Philippines, Vietnam, Malaysia, Indonesia, Brunei and Taiwan. There are constant disputes among these claimants over sovereignty over islands, reefs and other features such as the two major islands chains—the Paracel and Spratly Islands—and ocean areas in this region (as indicated on the graph).

The South China is of extremely high strategic value in a number of aspects and conflicts in this area are far beyond a regional issue. Firstly, the disputes involve several most populous countries in the world, with China alone constituting nearly 1.4 billion people.

Natural resources are another critical focus of the disputes. According to data from the World Bank, the South China Sea holds proven oil reserves of at least seven billion barrels and an estimated 900 trillion cubic feet of natural gas. Both would create tremendous economic opportunities and propellents for countries in the region.

The United Nations Convention on the Law and the Sea, or the UNCLOS, is the international agreement that defines the rights and responsibilities of nations with respect to their use of the world’s oceans, establishing guidelines for businesses, the environment and the management of marine natural resources.

Three UN Conferences on the Law of the Sea took place before the conventions were finalized. The third conference, which was convened in New York in 1967, introduced the most important provisions of the UNCLOS, including those regarding internal waters, territorial waters, contiguous zones and exclusive economic zones.

Internal waters refer to waters and waterways on the landward side of the baseline of the territorial sea. (A baseline is usually consistent with the low-water line of a coastal state—UNCLOS, Article 5) Sovereignty over the internal waters is equivalent to that the coastal state exercises on the mainland, including freedom to make laws, regulate any of the waters and any resources. In the absence of agreements to the contrary, foreign vessels have no right of passage within internal waters, namely a lack of the right of innocent passage.

Territorial waters refer to a belt of coastal waters extending at most 12 nautical miles from the baseline of a coastal state. The coastal state’s rights over territorial waters are almost identical to that over internal waters, except for its grant of the right of innocent passages. In other words, vessels are allowed to pass as long as “it is not prejudicial to the peace, good order or security of the coastal state” (UNCLOS Article 17).

The contiguous zone refers to a band of water extending from the outer edge of the territorial sea to up to 24 nautical miles from the baseline. Contiguous zones are international waters in that all state have the freedom of fishing, navigation, overflight, laying cables and research in the area. Nonetheless, in the contiguous zone, the coastal state can exploit resources and exert limited control necessary to “precent infringement of its customs, fiscal, immigration or sanitary laws and regulations within its territory or territorial sea” (UNCLOS Article 33).

An exclusive economic zone, or EEZ, refers to a sea zone which stretches from the baseline out to 200 nautical mills from the coast. The surface waters in an EEZ are also international waters but the coastal state enjoyed special rights to the exploration and use of marine resources, including energy production from water and wind (UNCLOS Article 56).

However, in reality, coastal states may have sovereignty over masses of lands off the coast, further complicating the situation. Based on the geographic features of a given landmass, the UNCLOS also stipulates different maritime responsibilities and rights of the state.

Island: A naturally formed area of land, surrounded by water, which is above water at high tide. An island is entitled to its own territorial waters, contiguous zone, EEZ and continental shelf rights.

Rock: A landmass permanently above water but unable to sustain human habitation or economic life on its own. It is entitled to a territorial waters, contiguous zone, but not EEZ or continental shelf rights.

Low Tide Elevation: A landmass above water only at low tide. It alone is not entitled to any separate maritime zone.

Clear as these provisions seem to be, reality is always more complex. Maritime disputes usually arise when there is concrete ambiguity about how to apply these rules.

The blue dotted lines in the map above demonstrate how the EEZ of each claimer would be stipulated according to the UNCLOS. Nonetheless, China has been resorting to the Nine-Dash-Line claim to justify its rights in the area. The Nine-Dash Line refers to a demarcation line that encircles 80 to 90 percent of the contested waters. According to Wu Shicun, president of the National Institute for South China Sea Studies, the Nine-Dash Line claim includes declaration of sovereignty over the features within the line; sovereign rights and jurisdiction over water as defined by the UNCLOS and “historical rights” over fishing, navigation and resource development. Nevertheless, China has remained ambiguous about the legal meaning of the line, as well as the concrete definitions of the so-called “historical rights.”

China has been building artificial islands by piling sand onto seven reefs in the South China Sea. Recently, the Asia Maritime Transparency Initiative, part of Washington’s Center for Strategic and International Studies, claims that China intends to turn these artificial islands into military bases to strengthen its power projection capabilities. According to them, China has been building new missile shelters, radar/communications facilities and other infrastructure on Fiery Croass, Mischief and Subi Reefs. In fact, the value of these artificial islands will hardly go beyond their role as military bases since the UNCLOS unambiguously states that an island refers only to a naturally formed area of land. Consequently, the seven artificial islands are not entitled to any maritime rights that real islands enjoy.

There’s no doubt that the ruling by a tribunal at the Permanent Court of Arbitration on the disputes was a sweeping victory for the Philippines. Nevertheless, China declared that it “neither accepts nor recognizes” the court’s award. This declaration is not groundless considering the tribunal did not adjudicate on sovereignty and had no enforcement power.

To better understand the nature of the ruling, we need to distinguish the Permanent Court of Arbitration, or the PCA, from the International Court of Justice, or ICJ.

The International Court of Justice is the principal judicial organ of the United Nations. The Court’s role is to “settle legal disputes submitted to it by States in accordance with international law and to give advisory opinions on legal questions referred to it by authorized United Nations organs and specialized agencies”.

The Court is competent to entertain a dispute only if the States concerned have accepted its jurisdiction in one or more of the following ways:

In this particular case, the UNCLOS does not contain a provision that allows unilateral reference of the dispute. The second condition therefore does not apply. Moreover, China opted to stay exceptional to Article 298 of the UNCLOS, which allows States and entities to declare that they exclude the application of the compulsory binding procedures for the settlement of disputes under the Convention in respect of certain specified categories kinds of disputes. As a result, the third condition does not apply either. Lastly, since China refuses to submit the dispute to the ICJ, the first condition is not satisfied either. As the result, the dispute between China and the Philippines is not applicable for an ICJ settlement.

In contrast, the Permanent Court of Arbitration, which is located in the same building with the ICJ in The Hague, operates based on a different agenda. As its name suggests, the PCA is an “arbitral institution situated to meet the evolving dispute resolution needs of the international community.” In other words, the PCA, not a court in the conventional sense, aims to provide “third-party opinions” for international parties, while the opinions themselves are not legally binding. Therefore, China’s ignorance of the ruling by the PCA is not as outrageous as it seems. Yet on the other hand, given the situation we have addressed, there is no other more legitimate means to address the dispute either.

Until this point, the South China Sea disputes have come to a deadlock. However, two previous maritime disputes might shed light on the future development of this dilemma.

Bangladesh and India have historically argued over the sovereignty over the Bay of Bengal. In 2014, a tribunal at the PCA ruled in favor of Bangladesh by awarding it nearly 80 percent of “an area sprawling over 9,700 sq miles in the Bay.” Surprising, India also welcomed the ruling on the basis of “mutual understanding and goodwill.”

Putting the two cases together, we may detect that the very existence of an international court or tribunal does not explain why a given country chooses to comply with an international law at a given time—other factors such as relative state power and diplomatic concerns are equally, if not more, important. Nonetheless, although international laws are not as legally binding as domestic ones, it may not be less effective. By putting the international reputation of a country at stake, international rules regulate state behaviors through other mechanisms. And sometimes, the more powerful and important a state is, the more likely it is subject to this kind of restriction, as we’ve seen in the South China Sea disputes.

Author Bio: Xinchen Li is a senior from Shanghai, China. She majors in political science and economics.